In ancient days Rishi Munis and Yogis used to practice yoga and Dhyaana in the Himalayas, to attain salvation and they were living for more than hundred years!

Unlike in the past, today science has shown that the diseases caused by stress and smoking are killing more people than ill health due to infection and contagious diseases!

Modern medicine has antibiotics to fight infection, but has no method to check the suffering caused due to psychosomatic disorders, caused by stress and wrong lifestyle! But ancient Yoga has a way to check diseases and death caused by stress. It is like a 'Sanjeevini' for ailments of the modern world!

Yoga is to control the mind and bring union of body and the mind. With Yoga we can achieve health of body, mind and also get the social, moral, spiritual, ecological wellbeing in this universe! 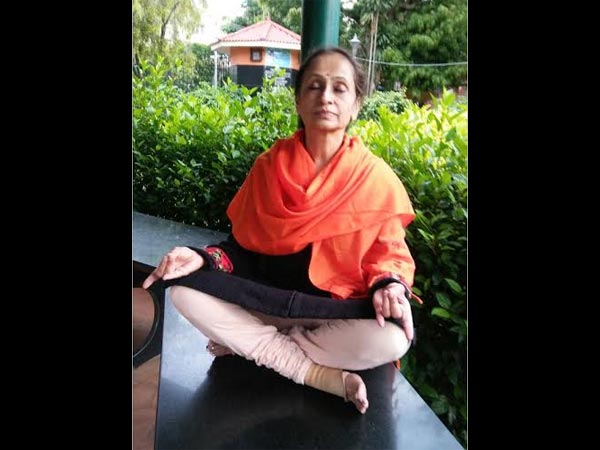 how yoga off helps in keeping headache away.

The "Ashtaanga Yoga" consists of:

8.Samaadhi-Transcendence or to be one with the Universe or union of Atma with Paramatma!

Benefits You Can Derive From Yoga:

Yoga reduces anxiety and mental stress. Nearly 80% of working people in USA are under stress and taking medicines to sleep. So Americans have not only started Ashtaanga Yoga in every gym, they have even taken the patent for Yoga!

Yoga not only increases tolerance of pain, it reduces the severity of the disease. The stamina increases and muscles become supple and strong. It is useful in checking obesity, which is a mother of 4 deadly diseases, which are diabetes mellitus, high blood pressure, high cholesterol and heart attack!

Yoga brings in biochemical changes to reduce the level of sugar, cholesterol and increases the haemoglobin in the blood. It also increases the efficiency of our white blood cells, which are the soldiers fighting against the infection.

It has beneficial effects on the endocrinal functions and thus thyroxin levels are maintained in euthyroid state. It also improves the function of both the heart and brain. Heart rate and blood pressure both come down by practising Yoga. Both concentration and memory power improve.

Yoga leads to better control of the 5 senses and thus bringing better coordination in the central nervous system. The fluctuations in the moods are controlled; therefore, peace and happiness replace anger and depression.

Hence a yogi is capable of facing the most difficult situation and handle it in a better way and develop good relationships! Therefore, yoga is taught in many corporate business centres and also in schools in Poland.

Once in USA a couple had applied for divorce for domestic violence. The judge asked them to practice Yoga and Dhyaana for three months and come back. After 3 months the couple came back and pleaded that they did not want divorce as both were not fighting and there was peace and happiness in the family!

So the mind is supreme, it can make or break. Yoga not only controls the mind which is faster than supersonic jet plane, it increases self esteem and confidence, thus reducing incidence of suicide, addiction to alcohol, smoking and drugs.

Medical research has shown totally 77 beneficial effects of Yoga and Dhyaana. The best research which was an eye opener to the world was from Japan. In 1993 when many young Japanese women started getting admitted to the hospital with heart failure, the doctors were baffled to see the dilated left ventricle with markedly reduced pumping capacity.

On echocardiography, the bloated heart looked like an octopus caught in the trap, hence they called it 'Takatsubo Syndrome'. The coronaries were normal on the angiogram. But one common thing among all the patients was they were under tremendous stress and some were depressed.

They tried Shri. Mahesh Yogi's transcendental meditation for 20 minutes twice daily and were surprised to see that the heart had become completely normal in 72 hours! This remarkable research made the world believe in 'Mind heart and body axis'.

What is mind, heart and body axis?

Whenever the mind gets agitated, angry with negative thoughts, the brain produces 400 times more Catacholamines and Cortisol called ' Fight or flight Hormones'. These chemicals make the person to face the situation or run away.

The heart rate and blood pressure increases and the coronary arteries supplying blood to the heart go into spasm. Hence, the heart becomes weak and unable to pump the blood.

When the heart beats, it pumps blood into blood vessels that stretch up to 60,000 miles! It is like going round the world one and half times! This incredible work is done with every heart beat to supply oxygen and nutrition to 103 trillion cells in the body. When the heart fails, the body becomes weak.

On the contrary, positive thoughts, laughter and meditation release feel good hormones like 'Endorphins and Neuropeptides', which relax the mind and heart and make them function better and the body becomes stronger.

The whole world has realized the good effect of yoga in improving the quality of life; hence, 192 out of 200 countries in the world are doing Yoga on 21 st June, the World Yoga Day and saying Om Shanti Shanti Shantihi. That is peace and prosperity to self, the family and the world!