This is a real-life story of young Lucy Parke who got famous for her unusual condition. The little girl suffered from a rare condition, in which she aged 8 times faster than her friends and eventually died at the age of 8 years.

Check out the heart-wrenching condition that Lucy Parke suffered from and eventually lost the battle of fighting this condition.

Find out more details on the condition the little girl suffered from.

She Was A Normal Baby At Birth

When Lucy Parke was born, she was a regular baby, but her condition of Hutchinson Gilford Progeria syndrome was discovered when she was 9 months old.

Research reveals that the Hutchinson-Gilfords syndrome, which is also known as Progeria, is a rare condition which affects young children. This condition is believed to be extremely aggressive. It is an extremely rare disease that affects approximately one newborn in eight million. 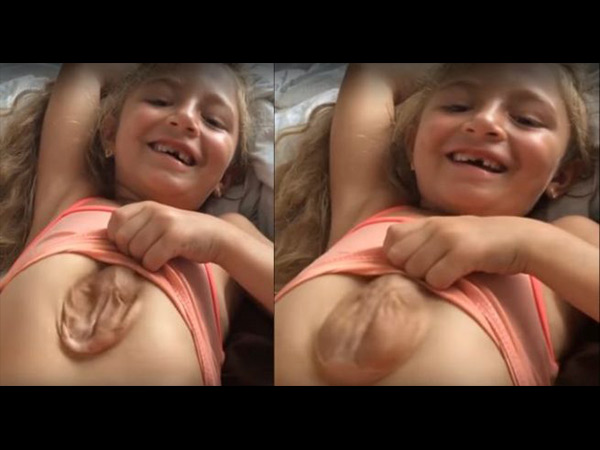 An 8-Year-Old Whose Heart Beats Outside Her Body

This Condition Is Not Seen At The Time Of Birth

Doctors claim that this condition, named "Hutchinson Gilford syndrome", is not detected at the time of birth. The condition is seen when the child starts to grow and is often seen by 9-24 months of age and these children are seen to age rapidly than the regular kids.

She Was A Regular Kid

Despite her condition, Lucy loved to entertain others by her sweet infectious smile that made her one of the most lovable kid among her bunch of friends. 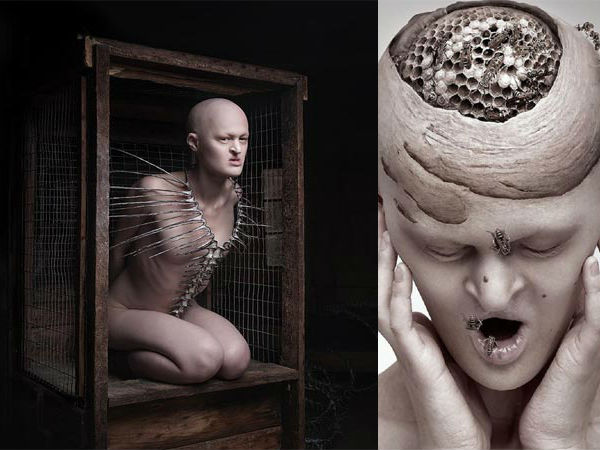 Her Disorder Did Not Stop Her From Becoming Famous!

But She Was In Constant Pain As Well

Lucy suffered from arthritis and heart problems at this tender age. Apart from this, she also had problems with her knees and ankles and she could barely eat or gain weight. Amidst all this, she had also undergone a hip operation.

She Went Places To Meet Other Kids

Lucy's mother claimed that the family travelled to different places, where Lucy could meet other kids, who suffered from the same condition. Her mum revealed:"We went to two places like England and Italy. It's a good opportunity for Lucy to meet other kids like her and have the same limitations. She is very shy, but when she starts playing with other children, she comes out of herself."

But Eventually She Lost Her Battle

At the age of 8 years, she lost her battle and her family broke the news to their near and dear ones. For sure, little Lucy's smile will remain in most of our hearts and we wish there is a cure that is discovered to heal this condition.

Wish to read more such interesting stories? Then do let us know in the comment section below.