Have you ever wondered how people in ancient times treated their bacterial infections? Yes, we are talking about natural antibiotics which were used much before the discovery of first man-made antibiotic (Penicillin) in 1928. 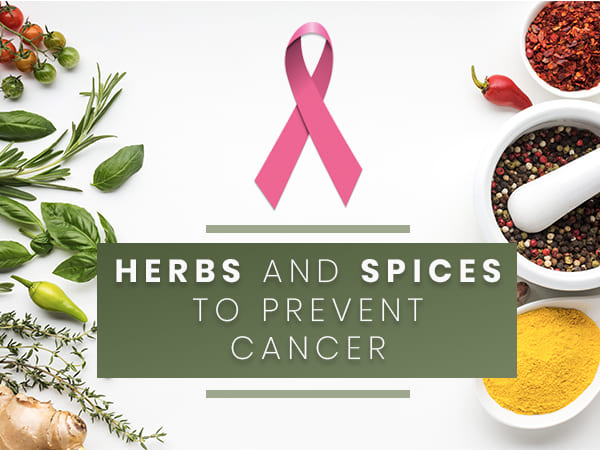 15 Herbs and Spices In Cancer Prevention and Treatment

Garlic is a potent antibiotic for food pathogens. The food we eat contains pathogens which may decline consumer's health. This powerful natural antibiotic may help decrease the possibilities of food poisoning due to its antibacterial property against many types of bacteria, especially Staphylococcus aureus. [1]

Curcumin in turmeric is a bioactive compound that exhibits antimicrobial properties. In a vitro study, curcumin has demonstrated antibacterial quality against several gram-positive and gram-negative bacteria. This proves the antibioticnature of the compound. [2]

The antimicrobial property of honey has been mentioned since ancient times. Honey possesses healing property due to its antibacterial activity. Its high viscosity provides a protective barrier in preventing infections and the immunomodulatory effect for repairing wounds. [3]

Onion is a common and widely used herb in every kitchen. In a study based on oral health, onion extract has shown antibiotic effect against Streptococcus sobrinus and Streptococcus mutans, the primary bacteria causing gingivitis and periodontitis. [4] 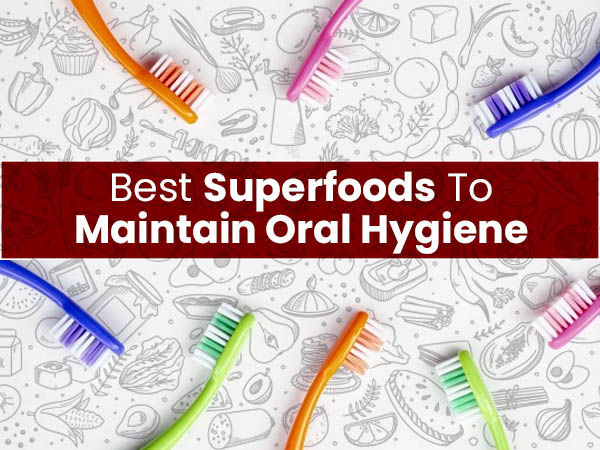 Manuka honey is a type of honey that bees make after pollinating the manuka flower. The antimicrobial potency of honey is due to the rich phenolic content that makes it safe to use as a natural antibiotic. A study says that manuka honey inhibits the growth of bacteria and heals wounds. [5]

Carom seeds, commonly known as ajwain is a well-known herb in India due to its remedial agents that help treat conditions such as flatulence, abdominal tumours, piles, asthma and many more. A study says that carvacrol and thymol in ajwain has an antibiotic property that not only kills normal but also multi-drug resistant bacteria. [6]

Clove is widely used in seasoning many dishes. It is effective against various gram-positive and gram-negative bacteria due to the presence of eugenol, lipids and oleic acid. Clove is basically used for its essential oil. [8]

Cinnamon is widely used in the preparation of chocolates, soups, liquors, beverages and pickles. Every part of the plant is used to prepare essential oil which is useful in treating multiple ailments. The active compound such as cinnamaldehyde and eugenol in cinnamon have antimicrobial property against bacteria causing pneumonia, urinary tract infection, fever and skin infection. [9] Cinnamon oil should be taken in safe amount considering its toxicity as a main problem. It is better to consult a medical expert about its usage.

Known by the name ‘tulsi', basil is the mostly found herb in every Indian garden. In a study conducted among nine essential oils, basil oil had shown the strongest antimicrobial property against different bacteria including S. Enteritidis, a bacterium that severely affect humans by causing gastrointestinal problems. [10] 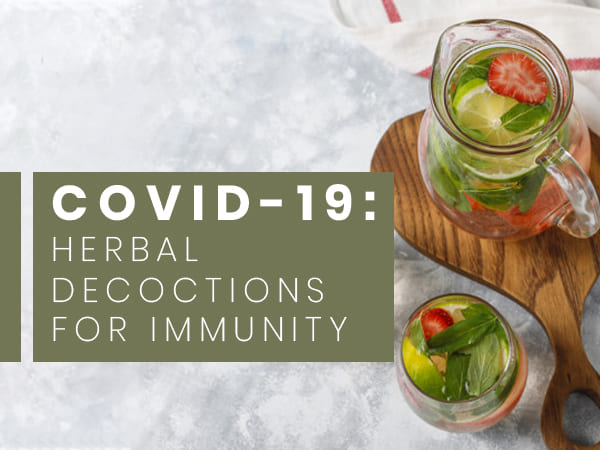 Blueberries are rich in phenols, flavonoids and polyphenols. The compound possesses antimicrobial property against bacteria such as E.coli, L. monocytogenes and salmonella. Also, it helps in maintaining the health of good bacteria (lactobacillus) found in our digestive system. [12]

The essential oil obtained from oregano is famous for its antimicrobial activity. In a study, the oil was found to be effective against Escherichia coli (cause diarrhoea) and Pseudomonas aeruginosa (causes pneumonia and UTI). The outcome of the study shows that oregano oil can be used as an alternative for antibiotics against bacterial infections and antibiotic-resistant strains. [13]

Neem is a recognised medicinal plant known very much for its antibacterial property. Vibrio vulnificus is a gram-negative pathogenic bacterium transmitted to humans mainly through seafood. When people consume undercooked or raw seafood, they get inside the human body and cause symptoms such as fever, sepsis, vomiting and necrotising fasciitis. Neem nanoemulsion (NE) prepared from neem oil, water and Tween 20 (a surfactant) disrupt the integrity of the bacteria by acting as an antibiotic. [14]

Fennel is a natural antibiotic used to treat multiple bacterial conditions such as gastrointestinal disorder and respiratory problems. In a study, fennel seeds were found to be potent against S. aureus bacteria that cause skin disorders like infection, pimples, boils, cellulitis and scalded skin syndrome. [15]

A study shows that in comparison to chlorhexidine (an antiseptic and disinfectant), coconut oil is as effective as the prior in reducing Streptococcus mutans bacteria (teeth bacteria) due to its antimicrobial property. [16] Another study states that virgin coconut oil inhibits the growth of Clostridium difficile, an antibiotic-resistance bacterium responsible for diarrhoea. [17]

Chili peppers contain an active compound called capsaicin that holds a great antibiotic activity. It's been used since ancient times to treat multiple disorders. A study shows the antibacterial activity of this vital compound against Streptococcus pyogenes which is a major human pathogen. [18]

Tea tree essential oil has been used to treat multiple ailments for almost 100 years. The oil is used in many topical formulations to treat skin and mucous membrane infections. Terpene compound in this oil is responsible for its antibacterial activity. [19]

Green tea is packed with flavonols (catechins). This active compound is a health-promoting component with great antibacterial effect. In a study conducted between green, black and herbal teas, green tea has shown effectiveness against three types of gram-positive bacteria named M. luteus, Staphylococcus and B. cereus along with S. aureus, while the other two were not able to inhibit S.aureus. [20]

This native herb from Sri Lanka and South India has gained popularity around the world due to its amazing antimicrobial property. A study mentions the effect of lemongrass oil against seven species of gram-negative bacteria, three of which are zoonotic from pet turtle. The oil extracted from lemongrass is used for its aroma, bactericidal property, flavour and medicinal properties. [21] 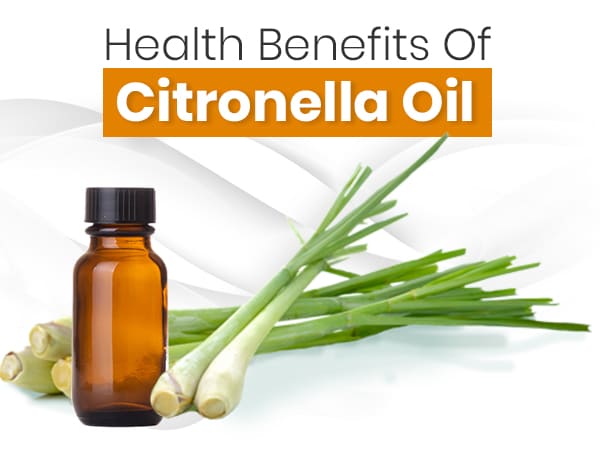 Bearberry or uva-ursi is a small cherry-like red-pink fruit with great medicinal value. It is a safe and effective alternative treatment method for urinary tract infection. The consumption of uva-ursi by women helps to reduce prescribed antibiotic use. [22]

Also known as loban, myrrh is an aromatic plant used for a thousand years for its incense and medicinal property. The oil extracted from this traditional plant has the potential of an antibiotic to kill persister cells or nongrowing bacteria (highly resistant to antibiotic) and cause no resistance development. [23]

Thyme is a relative to oregano commonly used for ornamental, culinary and medicinal purpose. A study says that thyme oil has antibacterial activity against multiple strains of bacteria responsible for oral cavity, respiratory problems, skin infections and abdominal disorders. [24]

Rosemary is a fragrant evergreen herb with spiny leaves and white/purple/pink/blue flowers. The phenolic compounds such as carnosic acid and rosmarinic acid in rosemary possess antibacterial property against all strains of gram-negative bacteria, especially Esherichial coli responsible for diarrhoea and fever in humans. [25]

Echinacea, also known as coneflower is a flowering plant that belongs to the daisy family. They are mainly recognised by their pink or purple petals. The herb is popular for its antibiotic effect against fever, cough and flu. It is also used in the treatment of multiple bacterial infections. [26] 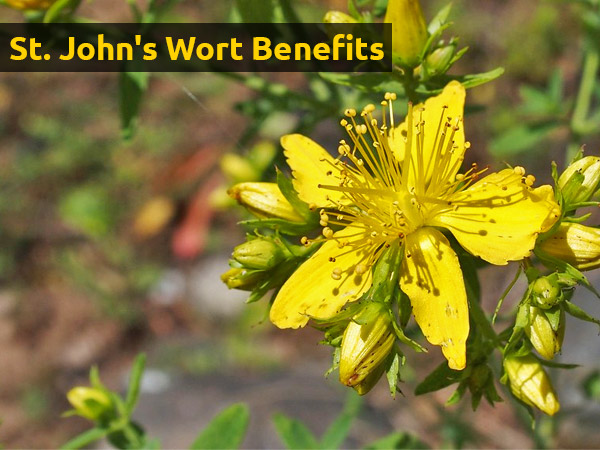 Natural antibiotics are good but it does not mean one should take them all the time. Market-based antibiotic supplements which are labelled as ‘natural and safe' can sometimes be harmful. Therefore, it is better to consult a medical expert before starting on these supplements.

Garlic is considered a major antibiotic but sometimes it may prolong bleeding and cause drug interactions. Neem oil in a large proportion may harm kidneys while ginger may slow down blood clotting in some people.

Too much of anything is bad. Therefore, the best way to get the benefits of the aforementioned natural antibiotics is to take them as recommended.

1. What is the most powerful natural antibiotic?

Basil, commonly known as tulsi is considered the most powerful antibiotic as its antimicrobial effect is stronger than essential oils, which are themselves considered potent against several bacterial infections.

2. How can I fight infection naturally?

Natural antibiotics are preferred best for fighting infection naturally. They include garlic, honey, turmeric, muneka honey, ginger and essential oils. The active compounds in them help treat many bacterial infections.

3. Can you get rid of a bacterial infection without antibiotics?

Effective natural antibiotics such as turmeric, honey, ginger and garlic lower the chance of different types of bacterial infections. Therefore, people who want to get rid of such infections without prescribed antibiotics should start including these in their diet.

4. What can I take instead of antibiotics?

Powerful natural antibiotics such as garlic, turmeric, honey and ginger come with minimal or no side effects and are used daily in foods. They also help in killing antibiotic-resistant bacteria. If you include such natural antibiotics daily in your diet, you can improve your chances to fight an infection.

5. Is apple cider vinegar an antibiotic?