Just the idea of a bone breaking in your body can give you a jittery feeling. No one likes to fracture a bone but it is quite a common occurrence and is set to take its own due course to get healed. Let's look into the events that occur when a bone breaks and how it takes the path towards healing.

What Is A Bone Fracture?

Bones are solid and rigid and they keep our body upright. It is also referred to as the most active and dynamic part of our body. However, fracturing a bone after a fall is not uncommon. But the good news is that they heal quite well and sometimes sooner than you expect, all thanks to the stem cells and the bone's ability to be able to renew itself.

A fracture is nothing but a broken bone. A doctor would need to set it correctly in the anatomical position that it is meant to be or else the healing process would nevertheless happen but would keep the bone in the deformed position itself. Fractures are classified depending on their location, complexity and other attributes.

An old bone keeps replacing itself with a new bone and this is facilitated due to the interplay of the cells. This mechanism plays a significant role in healing a broken bone. 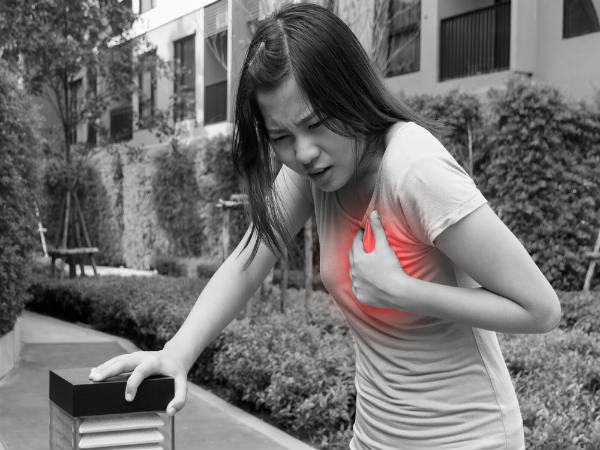 MOST READ: Foods You Must Eat Every Day To Unclog Arteries & Prevent Heart Attack

Tiny hairline fractures might go unnoticed for quite long. However, when there is a serious fracture, the person might go into shock with a constant feeling of dizziness. Sometimes after a fracture, a person goes into deep shock where there might not be a feeling of pain, but the person would start appearing pale. Breathing might appear difficult and the person might faint as well.

The immediate event that occurs just after a fracture is bleeding. The bleeding occurs from the blood vessels that are dotted throughout our bones.

The blood that clots would then get collected around the fractured part of the bone. This event is referred to as haematoma. This contains a temporary meshwork of proteins that act as a plug for a short period to fill in the gap created due to the breakage.

Next, the immune system begins the inflammation part. Inflammation is important for the healing to start happening. Stem cells from the tissues, bone marrow and blood now begin to migrate towards the fractured region. This now gives way for bone formation and cartilage formation.

MOST READ:Never Combine These Foods With Milk, As Per Ayurveda

New bone formation begins at the edges of the fractured region. This process is quite similar to how new bone replaces old bone almost every day in the process of maintenance. A soft cartilage is produced by the cells in order to fill in the void space that lies between the broken ends.

This phase is similar to what happens when a child's bones grow during the embryonic development process. The formation of the soft callus, or as otherwise referred to - fibrocartilage - begins to peak at about 8 days past the injury that caused the bone fracture.

However, as fibrocartilage is not strong, this is only temporary and not a permanent solution. The fibrocartilage is quite weak to be able to bear the hardships and pressures that the bones face in the daily lives.

The formation of the callus can be summed up with the process involved with chondroblasts. The fibroblasts that are present in the granulation tissue (a connective tissue formed at the wound site) develop into chondroblasts.

This also forms the hyaline cartilage. These tissues keep growing to finally unite with each other. This process gives rise to the culmination of a new mass of heterogeneous tissue called a fracture callus. This callus formation is at its peak two weeks after the fracture.

This soft callus is first replaced with a bone-like callus that is hard in nature. This is strong but not as strong as the bone. The formation of the mature bone begins about three to four weeks after the fracture. This formation could take quite long. The amount of time taken depends on the site and size of the fracture.

Fractures taking an abnormally long time to heal are quite rare, but these are the ones that do not join back together at all. However, according to studies, non-healing of fractures is high in the case of people who smoke.

The reason could be the growth of blood vessels that is delayed in the healing bone in case of smokers. In such cases, orthopaedic doctors can take up surgical procedures to fix the bone by using a bone from some other part of the body or from a donor.

In general, bones are known for their remarkable ability to regenerate and, therefore, fractures should heal quite soon.