Cinnamon always brings to my mind that idiotic YouTube challenge where people ingested one spoonful of cinnamon and then exploded into violent coughs and tears.

But if you think cinnamon's fame is a byproduct of the splash these incidents made on social media, then you would be wrong. Because in reality, cinnamon has been around for thousands of years in both Ancient Indian and Chinese medicine.

And honey has been its companion for centuries when it comes to consuming it!

So let's take this show on the road and start with the phenomenal benefits of cinnamon.

#1 Cinnamon has the highest number of antioxidants in it compared to all spices.

Researchers have found 41 different medicinal compounds in the cinnamon bark till date, which includes cinnamic acid, cinnamaldehyde, and cinnamate.

These antioxidants help reduce free radicals in the body, the build-up of nitric oxide in the blood, and oxidation of fats, all of which are known to cause aging and also precipitate diseases of the heart, brain, and other organs.

#2 It is a potent anti-inflammatory agent.

Cinnamon contains a wide range of flavonoids in it that are known to reduce inflammation within the body.

That's why having only half a teaspoon of cinnamon with 2 teaspoons of honey is known to reduce swellings, muscle pain, and allergies.

Plus, it is also capable of reducing the pain associated with menstrual cramps in women on their period.

#3 It reduces the risk of heart diseases.

Numerous studies have shown the positive effect cinnamon has on your heart. And it does it by reducing the levels of LDL cholesterol and triglycerides in your blood, which directly reduces the risk of developing various cardiovascular diseases, including atherosclerosis.

In fact, cinnamon can also reduce high blood pressure in hypertensive patients and help the heart regenerate itself so you don't sustain a heart attack or stroke.

#4 It is powerful against diabetes.

Studies have shown that cinnamon contains compounds within it that actively block the action of the enzyme alanine in the body, which is responsible for absorbing glucose from the gut after digestion.

That's why cinnamon extract is beneficial for diabetics because it prevents glucose spikes in their blood by decreasing its absorption.

Plus, it also improves the condition of type 2 diabetics by improving the insulin sensitivity of their body.

#5 It protects the brain from dementia and degeneration.

Most neurodegenerative disorders, like Alzheimer's and Parkinson's disease, are caused by the gradual build-up of free radicals in the body over the years that chemically stimulate healthy tissues in the brain to become twisted genetically, leading to either cancer or impaired cognitive function.

Cinnamon can protect your brain against this because it is packed with antioxidants that scavenge the free radicals circulating in your body.

#6 It can prevent cancer.

Cinnamon contains a powerful compound within it called cinnamaldehyde, which is capable of destroying nascent cancer cells and also protect the healthy cells in your body from turning malignant.

In fact, clinical studies have specifically shown that cinnamon is capable of reducing the risk of colon cancer.

#7 Cinnamon is a strong anti-microbial agent.

Cinnamon is effective against a wide range of bacteria, fungi, viruses, and parasites. That's why the essential oil of cinnamon is often incorporated in face masks and scrubs to reduce acne and recover from skin diseases.

Plus, it is known to boost your immunity.

Cinnamon's antibacterial properties not only prevent oral problems, like gum disease and cavities, it also gets rid of bacteria that cause bad breath.

Plus, it leaves a cool sensation in your mouth, similar to peppermint, and is therefore also used as a mouth-freshener.

#9 It can fight off Candidal infection.

Candida is the name of a group of fungal species that are known to colonize the body when it is immunocompromised, like during HIV, or when you take steroids to reduce allergic reactions.

And having cinnamon is a great way of getting rid of its infection in your body.

Not only does cinnamon boost the collagen production within your skin, which makes it smooth, supple and firm, it also brings blood closer to the surface of your skin, which helps reverse the signs of aging.

Don't keep all this wholesome goodness to yourself. Share this article and let others read it too! #honeycinnamon 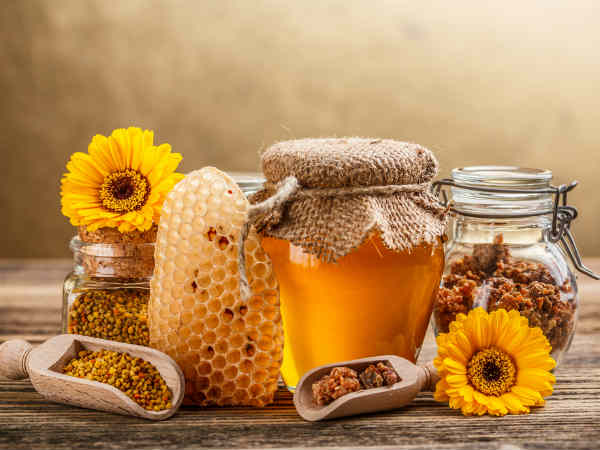 Benefits of Honey That Will Blow Your Mind