Pitru Paksha, which is also known as the 'Shradh' period, goes on for 16 days and Hindus pay reverence to their ancestors during this period. Rituals are performed as it is the duty of the children towards their ancestors.

The History Behind Pitru Paksha

According to a legend, after his death, Karna (the great warrior in Mahabharata) went to the heaven. In heaven, Karna was given food which was made of pure gold. He was surprised to see this and got frustrated since the food could not be eaten despite being precious. Karna got annoyed and he went to Lord Indra and asked why he was not being offered any food to eat and all that was offered to him was gold.

Lord Indra smiled and said that when Karna was alive, he did a lot of charity by offering gold and jewels to the poor. However, he never offered the poor any food to eat. After listening to this, Karna realized that the wealth he gave to the poor would help them, but it couldn't replace food. He had realized by now that what he did as a human being had come back to him. He requested Lord Indra to send him back to the earth so that he could feed the needy and the poor.

Lord Indra agreed as Karna had a record of many virtuous deeds. And per his request, Lord Indra sent him back. He lived on earth for 16 days, and this period was called 'Pitru Paksha'. Since then, people believe that during this period, one of our forefathers descends on earth to shower us with blessings. The period falls during the Bhadrapad and Ashvin months.

There are a variety of rituals like Tarpan, Shradh and Pind Daan that are performed during the Pitru Paksha to please the ancestors so that they bless us wholeheartedly. 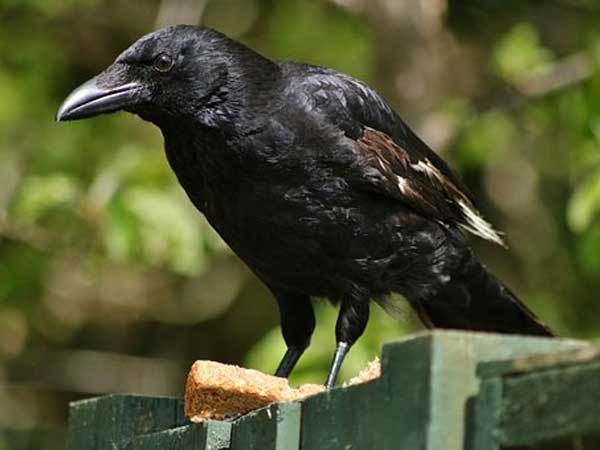 Can Crows Indicate Your Future?

The following are the main rituals that are performed during the Pitru Paksha.

1. The eldest male member of the family takes part in the Shradh rituals.

2. Firstly, he needs to bathe and wear washed and clean clothes.

3. Thereafter, he is supposed to wear a ring in his finger that has been made out of kush grass. The kush grass signifies kindness and is used to call the ancestors. This ritual is also called Tarpan.

4. Next is the Pind Daan ritual, which involves offering rice, barley flour balls and sesame seeds.

5. After the Pind Daan, Lord Vishnu's blessings are taken by offering him the darbha grass. Darbha grass is famous because it helps to get rid of any kind of hurdles in one's life.

6. Food is specially prepared for the Shradh and is offered to a crow. Here, the crow is considered to be Lord Yama's messenger.

7. After the offering made to a crow, the food is offered to the Brahmin priests.

8. Religious books like Agni Purana, Ganga Avataram, legends of Nachiketa and Garuda Purana are supposed to be read and doing this during Pitru Paksha is considered very sacred.

9. Lastly, all the family members should have their meal together.

After performing the above-mentioned rituals, there are a few things that must be strictly avoided during the Pitru Paksha. They are as listed below:

2. Buying a new home, wedding, birthday function of a newly born baby or starting a new business during the Pitru Paksha is not considered good by the astrologers.

3. Avoid eating non-vegetarian food or using onion, garlic in your cuisine. These are considered Tamasik.

4. Offer water and food to cows, dogs and cats and never harm them during the period of Pitru Paksha.

5. During this period, refrain from the use of carrots, mustard oil, kala namak and jeera while preparing food.

Perform all the Shradh rituals without any malice in your heart and with a positive attitude. When you pay homage to your ancestors with a positive mind, your rituals are bound to be successful. 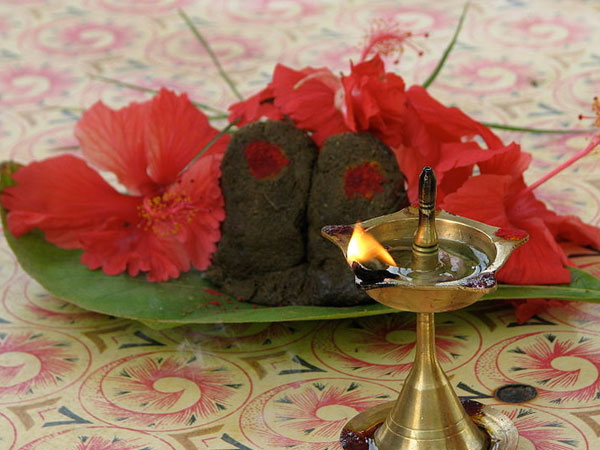 What Is Pitra Dosha? How To Remove It?

The Pitru Paksha 2018 is being observed from September 24, the Purnima of Bhadrapad month, to October 8, the Amavasya of Ashvin month.