Friends are an integral part of our lives and we cannot imagine our lives without them. Friends are our laughter in the gloominess, support in hard times, partners in crime and shoulder to cry on when things become miserable. But, even roses have thorns too and the same goes for friendships.

A time comes when you go through a bitter phase in your friendship and your bonding gets affected and soon it leads to the breakup in friendship. But instead of wallowing in self-pity let us know from real people what compels them to end their friendship with their best friends. 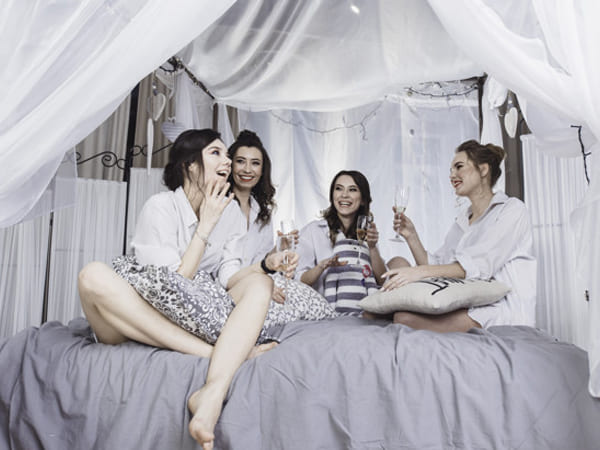 7 Reasons Why You Should Stick To Your True Friends, Not Fake Friends!

Misunderstandings have the power to shake the roots of even a concrete relationship. The reason is misunderstandings are quite small things that might go unnoticed between best friends but the result can be devastating at times.

Amit (25) from Bangalore told Boldsky, "Sometimes your friend may not be able to see what you are going through. In that case, if you are not available for them due to some genuine reasons, then your friend may think that you betrayed them and have no concern for them. This kind of misunderstanding chokes a friendship."

When friends lack mutual understanding among them, it can lead to a bitter break up. Rohit (24) from Delhi told Boldsky, "It hurts when best friends do not understand each other's needs. They tend to impose their decisions on you and that is when things become suffocating for the person who is at the receiving end."

Amit said, "When there is no compatibility between friends, they may have a lack of mutual understanding, which can lead to further problems."

3. Involvement Of A Third Person

Nobody likes the involvement of a third party in their friendship. But if one of the best friends has befriended someone new and is spending a significant amount of time then this might hurt the other one. The third person may speak some negative things about the other person and ruin things between best friends.

While talking to us, Rohit said, "Best friends have expectations from each other and if someone else seems to be coming between the two friends, one of them feels neglected."

Best friends are 'best friends' because they share everything and have transparency between them. But if one of them is been hiding things and telling lies then this might take a toll on the friendship.

According to Rohit, "Blatant lies make a friendship toxic. When you come to know the truth, it tears you apart. Though lies can't end the relationship at once, this will definitely lead to a break up between the best friends eventually. As it did in my case."

Also read: 7 Ways That Can Help You In Healing Your Fractured Friendship

Everyone has some priorities in their lives. But these priorities can too lead to a break up between best friends. Suppose if one of them is going to study abroad or has to move to another city in search of a job, then the friends may have a communication gap or lose contact over a period of time.

19-years-old Manya, a designing student from Delhi told Boldsky, "When friends move to new places, this leads to a busy life and arrival of new friends. People look forward to befriending new friends." The busy schedule and struggles of being at a new place can harm the friendship. This can further lead to less to 'no calls' which might annoy both of them.

If one of the best friends gets a good job or god marks, the other might become jealous of the first. Instead of being happy and celebrating together, best friends can get jealous of each other without letting each other know about it. This can lead to offering a cold shoulder to each other and hence ending the relationship.

Pooja (24) from Patna said to Boldsky, "I was so close to this friend of mine when college life started but her constant jealousy made me sad. I never saw her happy if I scored more than her. However, we used to celebrate whenever she scored more. Sometimes she even used to say how could 'you score more when I am smarter'. These things compelled me to distance myself from her."

When one of the best friends gets into a relationship and spends most of his/her time with his/her partner, the other friend may find it hard to digest. Even if the first friend tries to compensate for the loss by paying a visit to the second friend the decreased visits can hurt the other one.

Rohit said, "It gets really tough when you are ignored by your best friend just because they want to spend more time with their partner."

According to Manya, "Excess involvement of best friend's partner can also spoil a friendship. I feel, if my best friend could keep a balance between friendship and relationship, we will still have been friends."

No doubt best friends care so much about each other but sometimes showing concern for their best friend can lead to a break up between them. Amit says, "When you know someone is not a good match for your best friend and you try to convey the same, it makes the friendship turn bitter. Your best friend might not listen to you and will give you a cold shoulder. He/she may think that you are wrong and doesn't care about his/her happiness."

Also read: 7 Ways That Will Help You To Figure Out When To End Your Friendship

Though there are many more reasons due to which best friends end their friendship, the above were the most prominent ones. Whatever may be the reason, the important thing is that people should understand, no other person can take the place of their best friends and therefore, they should try to avoid possible conflicts arising in their friendship.

The names and identifying details have been changed to maintain the privacy of the individuals.