This woman's "hotness" could not be handled by Instagram, so they banned her! Really?

Instagram is one among the most used social media sites, where people love to share their pictures and videos. Instagram has opened the gateway between commoners and celebrities, as they are now open to interact with each other.

You May Also Like To Read: This Girl Was Declared To Be The Most Beautiful Girl!

One among the most popular models and celebrity from the US who is followed by millions of people is Elle Johnson. Elle Johnson is a morning beauty, who's glamorous, stunning, sensuous, drop-dead gorgeous and much more than what I can actually describe here!

She Is A Model

This 26-year-old model from Park City, Utah, is currently on the mission "Free The Cleavage" on Instagram. The famous model is habituated with Instagram banning her every time.

Elle Johnson is banned by Instagram for posting racy and revealing pictures on the social media, which may prove "toxic" to the followers. Before she was banned, the model was enjoying support of more than 6 million followers! 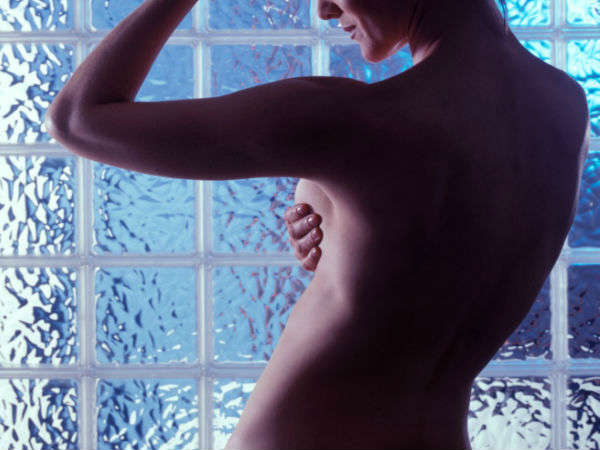 She Was Banned More Than Once...

The model was first banned in January, when a few of her followers found her pictures not appropriate to be posted on the social media site. She was later able to recover her account from Instagram, but was banned again in the month of April.

Instagram keeps banning Elle with the message "violating community guidelines"; but it looks like Elle is unstoppable. As soon as she was blocked by Instagram, she took on to Twitter to keep her fans updated with her recent pictures and videos. Elle's entry on Twitter turned "oh no moment to oh yes" moment for her fans.

She Is Much More Bolder With Each Passing Day!

Now, Elle has also returned on Instagram with her racy and explicit photos. She has gained many followers overnight and hopes that Instagram will not block her again.

Nothing Can Stop Her From Posting Her “Hot” Pictures

This 26-year-old US model is surely raising the temperature with her hot and raunchy photos! From posting kickass photos in bikinis to flaunting off her perfectly curved body, Elle has become every man's dream!

Elle is not only a beautiful model, but her attitude towards Instagram banning is appreciable. The famous model took on to Twitter to troll Instagram for blocking, as they could not handle her hotness. In all, Instagram's loss was Twitter's win!

Banning Has Become Quite Common For Her

Although Instagram banning is quite common for Elle, we hope that she doesn't face it again. It looks like there's nothing that can stop this 26-year-old hot model!

What Is Your Take On This?

Did you ever think being sexy was an offense too?

Well, in this case, it might have been. But guys, you can all bring back your smiles now, as Elle is back on Instagram!