Cancer is one of the most deadly diseases affecting a majority of the population. There has been no certain cause for the abnormal growth of cells.

If it is diagnosed at an early stage, the cancer cells can be destroyed using chemotherapy and other medications. But, at a later stage, death is the only option.

Besides adults, a number of children are also getting affected by cancer these days. In children, bone cancer is one of the major affected diseases. A malignant cancerous tumor grows in the cartilage cells and bones, and it destroys the nearby tissues.

So, it is important that you look for the signs of bone cancer in your children. As a cancerous tumor develops in the bone, it is called the bone cancer.

It is a rare form of cancer and has equivalent symptoms like that a non-cancerous tumor. So, proper diagnosis of any symptom of bone cancer at an early stage is essential for a child's health.

After osteosarcoma, Ewing sarcoma is the second most deadly form of cancer that occurs in children's bone. The formation of this malignant cancerous tumor occurs in the middle or a channel of long bones, or bones that are present in the ribs, skull, spine, breastbone (sternum), collarbone, calf bone, and pelvis. The growth of Ewing sarcoma is also seen in soft tissues rather than the bones.

The 9 Symptoms Of Childhood Bone Cancer:

Children cannot express their pain and suffering as adults can. Thus, we have to take children for regular checkups and take care of their health.
If you feel that your child is developing a sudden lump (tumor), immediately visit the nearest doctor for a diagnosis. The signs and symptoms of bone cancer in children vary from bone to bone.

However, the symptoms will start showing from an early age before a final diagnosis is made. It is up to you to detect and understand these symptoms. Often, a small injury or swelling, which might seem to occur as a result of childhood fighting, can have deeper meanings within. Let us see some of the signs of bone cancer in children.

Any child suffering from any form of a bone cancer will complain of persisting pain. This is a foremost symptom that highlights the growth of cancerous tumor in the bone. The pain develops in the affected bone or the joint near to the bone. If your child complains of pain in the limb, don't ignore it assuming it to be a sports injury. A sports injury will heal within a few days' time, but a pain caused by tumor will have a prolonged effect.

The pain will be acute with the growing days, and now ointment or painkiller can suppress it. During the night, the pain can worsen. Even when your child gets engaged in any physical activity, it will get aggravate the pain. For example, a tumor in the leg can make your child's legs lifeless with each passing day.

The second common symptom to detect bone cancer is the formation of a lump or swelling. Swelling highlights the affected area of the body, making it understandable enough for others that there is a formation of a tumor. It can be seen right away if the tumor occurs on the leg or arms, but if it is on the pelvis or chest, it becomes visible when it enlarges.

Cancerous tumors often result in limping of a tumor that is formed in the leg. The child will have difficulty in walking, and with the growing days, the legs will lose their sensation and become lifeless.

If your child is having difficulty in moving an arm or leg, then it's high time you should consult a doctor. It can be due to a sports injury as well. But if the difficulty becomes persistent, then it can be the beginning of bone cancer.

The bones become fragile due to the formation of a malignant cancerous tumor with the bones or soft tissues near them. So, if without any reason, a bone cracks, then may be your child is affected with childhood bone cancer. Due to metastatic cancer, the bones weaken and often break even when your child is doing any negligible physical activity. It can even lead to a fracture or sudden severe pain.

Children often fall prey to the changing season and thus get affected with fever. But if there is no reason for a fever, then it can be an alarming sign. People suffering from cancer suffer from fever when a new part of their body gets affected by the cancer cells. It is not an early sign, but mostly an alarm.

If your child is suffering from extreme tiredness or fatigue, despite having the right amount of nutrients, then it is high time that he/she needs a medical checkup. Fatigue is often associated with a sign of cancer. This is because the cancer cells use up the maximum amount of energy from the food that is eaten. It makes your body weak.

Anemia is another important sign that shows the development of cancer cells within the body. This is because it is often seen that the cancer cells cause bleeding of the tissues internally. So a low hemoglobin level of your child can be indeed alarming.

Studies reveal that osteosarcoma, affecting a minimum of 5% children, mostly occurs in the bone near the knee. While, on the other hand, Ewing sarcoma claims for 4% of childhood cancer and the probability is higher in boys than girls.

So, once you see any of the symptoms of bone cancer, rush to the nearest oncologist for a better opinion. Prevention in time saves nine. 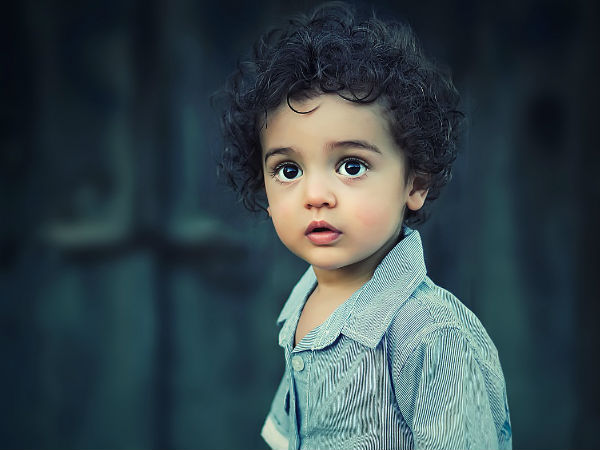 9 Ways On How To Prevent Childhood Cancer