The deluge of benefits offered by the leafy greens are not concealed. Packed with nutrients that help boost immunity and prevent cancer, watercress stands out as being the superfood with multiple benefits. A member of the [1] Brassica family, watercress is scored top on the ANDI (Aggregate Nutrient Density Index) Food Scores and CDC's (Center for Disease Control) Nutrient Density list, which evaluates the nutrient content in a food. Simply put, watercress contains more iron than spinach, more vitamin C than orange and [2] more calcium than a glass of milk.

From the early times, watercress has been utilised for its medicinal as well as nutritional properties. The cultivation of watercress is effortless due to its fast pace of growth, and came to be known as 'poor man's food'. Although [3] watercress was demoted and used as a mere type of decoration, recent health trends and studies have revealed the plethora of health benefits the leafy green possess.

The regular consumption of watercress can help improve your bone health, fight infections, improve your skin and hair, improve your heart health among various others. Therefore, read on to know more about the amazing benefits of the semi-aquatic plant and the impact it can have on your body.

The cruciferous leafy green, with its spicy peppery nature, is not to be avoided in your journey towards health. Get to know the advantages the semi-aquatic plant has to offer you.

Watercress has high levels of lutein and zeaxanthin, which have been proven to aid people with cardiovascular[5] diseases. Lutein and zeaxanthin help lessen the occurrence of atherosclerosis or artery hardening, therefore reducing any hike in the blood pressure levels. Likewise, the calcium, magnesium, and potassium content in the greens have been proven to have a definite impact in reducing [6] blood pressure, as well as, improve the endothelial dysfunction and constrain platelet aggregation.

The abundance of vitamin K[7] in watercress is enough to meet your daily need. A lack of vitamin K can increase the risk of bone fractures and brittle bones. Incorporating watercress in your diet can improve your bone health by modifying the bone [8] matrix proteins, reducing the level of calcium excreted through urine and improves calcium absorption.

Watercress helps in reducing the risk of osteoporosis due to its calcium content and works to repair your bones by elevating the [9] osteoblasts production. Osteoblasts are the cells responsible for bone repairing and strengthening. Likewise, the folate content in the leafy green helps improve and maintain the bone [10] density.

The anti-carcinogenic properties of the leafy green help reduce or even prevent the onset of breast cancer. The 3,3'-diindolylmethane (DIM) content in watercress [11] is proven to have preventive effects against breast cancer. It also acts as a protective shield for the tissues, during cancer treatments. Naturally, cruciferous greens are known to reduce and even prevent colon and lung cancer. The sulphur containing [12] compound, sulforaphane, gives the greens its cancer-fighting abilities.

Regular consumption of watercress is beneficial and a preventive method against the onset of lung, breast, and stomach cancer. A constant and[13] continuous consumption (a period of 15 years or more) of watercress helps prevent colorectal cancer.

Watercress is rich in iodine, the mineral which is essential for the functioning of your thyroid gland. Eating watercress will provide your body with the relevant [14] amount of iodine, thereby preventing any thyroid related disorders. Raw or lightly steamed watercress can help by balancing the uncontrolled production of thyroid hormones and avoid diseases like[15] hypothyroidism or goitre.

The antioxidant carotenoid lutein content in watercress aids in preventing the onset of severe cardiovascular conditions such as heart attacks [17] and coronary artery diseases. Being cruciferous, the leafy green helps reduce the LDL cholesterol levels, thereby reducing the possible development of cardio-related diseases. Likewise, vitamin C in watercress reduces damages caused to the heart tissue through oxidative stress by acting as an antioxidant. It also improves your cardiovascular health by transforming the embryonic cells into cardiac myocytes.

Consuming vitamin C can help improve your brain functions. It prevents any form of cognitive shifts or declines such as Alzheimer's or anything related to ageing, by repairing the brain tissues. Regular consumption of watercress can [19] help the neuron building activity, critical to your brain health. The folate content in watercress is equally beneficial in preventing the cognitive decline caused due to ageing.

The antioxidant alpha-lipoic acid in watercress plays a central role in lowering the blood glucose levels. Incorporating watercress into your daily diet can help prevent the changes caused by oxidative stress. One of the other major roles [20] played by the antioxidant is in increasing the insulin sensitivity. The low fat, calories, cholesterol, and sodium content in watercress is optimal for a diabetic person because the amino acids and the fibre content will keep your stomach full and regulate the insulin and glucose level in your blood.

Watercress has no fat and very low-calorie content. It is extremely beneficial if you are looking forward to losing some weight because, the high content of the amino acids [21] and fibre can appease your hunger for a longer period of time, as the fibre makes you feel full. This effectively avoids the constant need to snack, which is one of the major causes of weight gain.

Vitamin C plays an effective role in minimizing the development of cataract risk. The high amount of vitamin A in watercress also has a central role in [22] improving your eyesight, as the vitamin helps maintain healthy eyes and prevents the onset of any visual problems or disorders such as macular degeneration.

Watercress has a high content of iron, that is responsible for the development of necessary haemoglobin. The iron [23] content in the leafy green plays a major role in the maturation of the red blood cells into bone marrow. Also, the vitamin C content in the green improves the iron absorption and thereby preventing any form of iron deficiency.

Watercress is known to have antiviral and antibacterial properties that help in preventing and curing cough and cold. Leafy vegetables, in general, are known to have cold curing powers. Sulphur glycosides present in watercress[25] helps in curing coughs and even long-term bronchitis. The vitamin C content in watercress gets rid of cold, as it not only boosts your immunity but also gets rid of respiratory tract infections.

Watercress is enriched with bountiful of calcium. An excellent source of calcium, the leafy green can be extremely beneficial [26] for your teeth. Regular consumption can strengthen your teeth as well as cure bleeding gums.

16. Acts as an antidepressant

A lack or low level of folate content in your body has been linked with the[27] onset of depression. By interacting with the neurotransmitters (pathways of the central nervous system), folate impacts the production of neurochemicals (serotonin). Incorporating watercress into daily diet is known to have had a positive impact on cases with depression.

Children suffering from asthma are advised to consume watercress on a daily basis, or according to the doctor's advise. The vitamin C content in the leafy green is proven to provide relief from asthma. The effect of watercress varies from one [28] child to another.

Watercress plays an important role in the development of the embryo. The folate content in the cruciferous vegetable plays a critical role in the process of cellular division, during pregnancy. Consuming watercress during pregnancy [29] can help reduce any embryo-related ailments.

Watercress is widely known for its high amount of fibre. The fibre helps in binding the stools and thereby reducing and gradually stopping[30] diarrhoea. Watercress will help in easing diarrhoea, improves digestion and metabolic activities and balances the gut-flora. However, it has to be taken in controlled quantity due to its water content.

The antibiotic properties of watercress make it highly useful in curing [31] infections. The regular consumption of watercress improves your body by fighting off different types of fungal and bacterial infections, especially the ones in the colon and intestines. 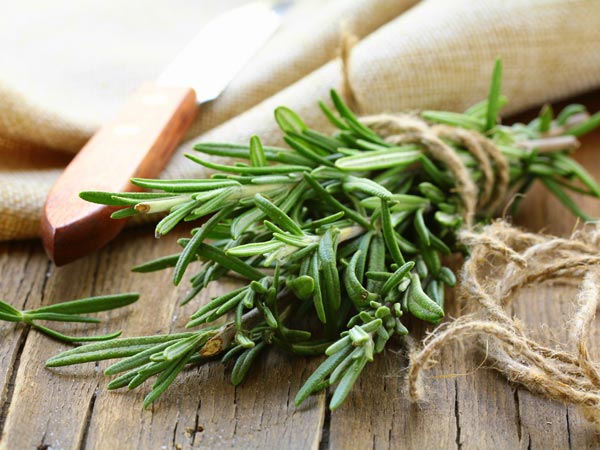 How To Prepare Watercress For Consumption?

How To Incorporate Watercress Into Your Daily Diet?

The most common means of consuming the leafy green is by adding it in salads. However, that is not the only way to get the benefits of watercress into your body.

What Are The Potential Health Risks?