Even in the twenty-first century, people are still sceptical about it due to the elevated numbers of misconceptions. Aspects such as lack of awareness, myths related to eye donation, cultural stigma, lack of motivation and traditional beliefs pose as challenges.

A recent survey that explored the misconceptions regarding eye donation pointed out that 28 per cent of a total of 641 urban respondents believed that organ donors will not receive any life-saving treatment while 18 per cent believed that their body will be mutilated [2] , shining a light on the current scenario of eye donation in India.

The major reason for the lack or shortage of donors in India is due to the prevalence of myths and misconceptions over education and knowledge. Even with the high literacy rates, the population in India often fails to be sensible. And this negatively influences people from becoming organ donors.

Read on to know the various myths and misconceptions regarding eye donation in India.

Currently, there are 1.1 million Indians who suffer from corneal blindness, who are waiting for the availability of donors [3] . Various studies have been conducted to point out the impact these misconceptions have caused in mobilising people to donate organs in the country [4] .

One of the most common misconceptions, people believe that donating one's eyes will leave holes in the place of eye sockets.

Fact: It does not! In the process of eye donation, only the cornea of the eye is removed and not the entire eye.

Myth 2: Indian corneas are no good

There is a common assumption that the eyes of Indian donors are not good for corneal transplants.

Fact: No factors such as age, nationality, race, caste or the colour of the eyes determine the quality of the corneas. Once the doctor evaluates the eyes for eligibility and it comes out positive, the corneas can be transplanted [5] .

Myth 3: Organ donation is not necessary for India

There is a basic assumption that there is no need for organ donation in India as there organ failure cases are extremely rare in the country.

Fact: However, studies point out that in India, there are roughly 300 deaths every day due to organ failure, which accords to deaths more than 1 lakh, which completely negates the misconception [6] .

Myth 4: Is a lengthy procedure

A surgery as severe and complex as eye surgery, for eye donation, can be a laborious and exhausting procedure; and may prolong for hours.

Fact: Unlike the baseless misconceptions, the surgery involved in the process of eye donation does not take more than 15-20 minutes [7] .

Myth 5: Doctors won't save your life

One of the other major misconceptions is that being an eye donor may not be a smart move because the hospital staff will not work hard to save the life of the person.

Fact: The duty of a doctor and other health care practitioners is to save the lives of their patient, whatever the circumstance is. Only after death, the option of organ donation appears.

Most people assume and believe that if they donate their organs, it will cause delays to the funeral arrangements.

Fact: A cornea transplant is usually performed within 4 days after donation, depending upon the method of cornea preservation and the surgical removal of the eye tissue is performed soon after death; thereby not causing any delay in the funeral arrangements [4] . 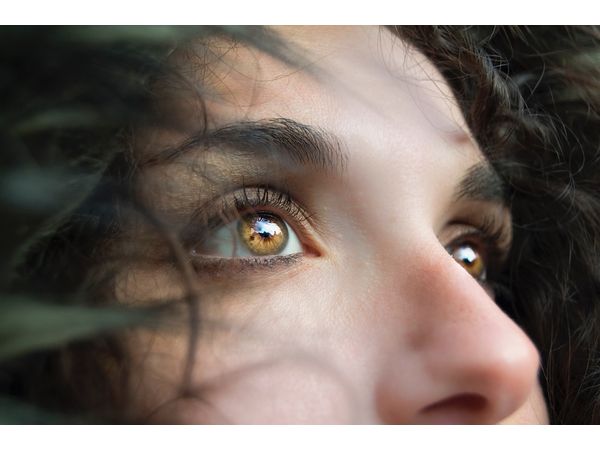 It is commonly assumed that, once you reach a point of age your eyes become ineligible to be transplanted.

Fact: The only age group that is restricted from donating eyes are the ones below age 1. Anyone above the age is eligible for the process because an individual's age is not a criterion for eye donation.

Myth 8: It is just an experimental procedure

There is a common misconception that corneal transplants are still in the experimental stages and cannot be completely trusted as it may pose severe side effects.

Fact: Eye donation or corneal transplant is a successfully proven procedure that has helped lakhs of blind people across the globe to regain vision.

Myth 9: You have to be famous

One of the other misconceptions commonly reported is, when you are waiting for a transplant, your financial or celebrity status is as important as your medical status because being famous can aid in getting help sooner.

Fact: When you are on the transplant waiting list, what counts is the severity of your illness and not your fame or fortune. The medical system makes sure that people are treated as human beings [8] .

Myth 10: It is expensive

Many believe that if one agrees to donate the eyes, the family of the donor will be charged for the costs of retrieval.

Fact: It is to be noted that, there is no cost involved in the procedure and the donor's family does not have to pay for organ and tissue donation. Eye donation is not a money-involving matter but more of a charitable service [9] .

It is time that one understands the importance of organ donation and pay no heed to the vast array of misconceptions[10] . Being an organ donor can make a big difference, not just to the donor but may others as well because one donor alone has the capability to save as many as 8 people!