There is a common belief that "women can't keep secrets." Time and again, we get to hear this, especially on the social media. You'll find a thousands of jokes about it. Is it true or false?

While the men might give an affirmative nod for this question, the girls out there will definitely deny it. Well, whatever your answer is, we have an interesting snippet from the Mahabharata, which has something to tell about this scenario. Take a reading.

The story goes back to the days when Kunti, who is today known as the mother of the Pandavas, was sitting in meditation, trying to please Surya Dev (the Sun God). Pleased by her penance, Surya Dev asked her what she wanted as a blessing from him.

The girl Kunti asked for a baby boy, not knowing what being an unmarried mother implied in the eyes of the society back then. But, as per her wishes, Surya Dev did give her a son. When later she realized how harsh the society would be with her and that the people might not believe the child to be a blessing from Surya Dev, she decided to keep it a secret that the boy was her son. Hence, she kept him in a basket and set the basket afloat in a river.

It is believed that the boy was later rescued by the charioteer of king Dhritarashtra. He brought him up as his own son. They named the boy, Vasusena, who was also known as Radhey after the name of his mother.

A story in the Mahabharata says that Karna went to Dronacharya, the teacher of the Kuru princes, to acquire knowledge of warfare. But since everyone believed he was not a Kshatriya, Guru Drona denied to accept him as his student. Guru Drona would educate only the Kshatriyas.

Desperate about learning the tactics of warfare, he went to Dronacharya's teacher, Guru Parashuram. However, Parashuram taught the Brahmin princes alone. Therefore, Karna, disguised as a Brahmin, went to become his student, who accepted him as one.

Guru Parashuram had even said that Karna was his equivalent in archery. However, when one day Guru Parashuram was asleep on his laps, a bee stung his thigh. Karna bore the pain, lest his teacher be disturbed in the sleep.

When the Guru woke up and saw his thigh bleeding, he immediately detected that the blood was not that of a Brahmin. It was revealed that he had been deceiving Guru Parashuram, and he thus gave him a curse. Because of this curse, he was haunted by defeat at the hands of Arjuna, in the battle of Mahabharata.

When Kunti Revealed The Truth

Since the man who had rescued him was the charioteer of king Dhritarashtra, the father of the Kouravas, Karna grew up with the Kourava princes. As is obvious therefore, he participated in the war from the sides of the Kouravas.

When during the Mahabharata war, Karna was attacked by Arjuna, and was about to die, Kunti burst into tears for her dead son. Her cries gave a big surprise to all present there, when they realized that he was the son of Kunti.

Dhritarashtra was filled with agony and rage at the fact that she kept the truth a secret. It is believed that later at the time of the coronation when Dhritarashtra again recalled the incident, he got so angry that he cursed all the women that they will never be able to hold a secret henceforth. 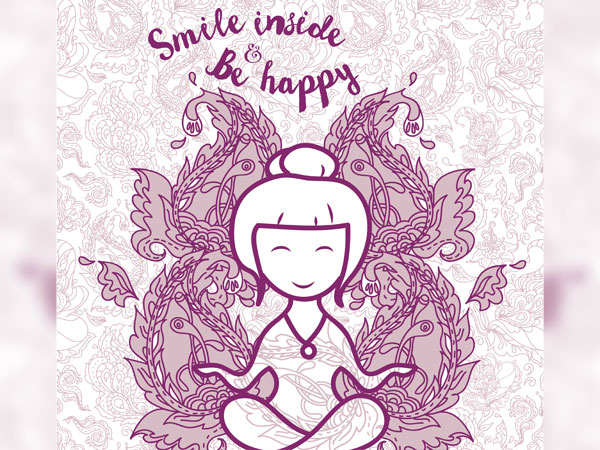 Therefore, it is believed until today that women can not keep a secret, at least for not more than forty seven hours, according to a study.