Chaitanya Mahaprabhu was a spiritual teacher, thinker and a philosopher. A great saint, he was born on Purnima Tithi in Phalgun month, in a Brahmin family. His father was Jagannath Mishra and mother Sachi Devi. His maternal grandfather was an astrologer.

As per the records available today, his maternal grandfather had predicted that the child was destined to become popular. We observe his birthday as Chaitanya Mahaprabhu Jayanti every year. This year it will be observed on 21 March.

His childhood name was Nimai. As a child, he was loved by everyone. He was the tenth child of his parents and several other siblings had died soon after their birth. He had a religious inclination from early childhood. When he was eight years old, he entered the Gurukula of Gangadas Pandit in Ganganagar. He excelled in every subject during his academic years and grew up to become a teacher of the Sanskrit language, though a teenager yet. 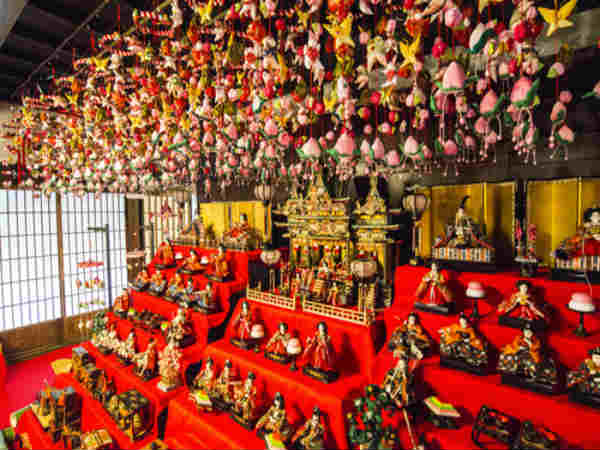 When once he went to Gaya, he met a saint named Ishvara Puri. This meeting was destined to turn into the most impactful meeting of his life. As it was under the guidance of Ishvar Puri that Chaitanya attained spiritual knowledge. He became a spiritual preacher as he went back to Bengal.

Chaitanya Mahaprabhu As A Religious Preacher

As a religious preacher, Chaitanya Mahapradhu was considered a leader of the Vaishnava group. His followers also called him Krishna Chaitanya and believed that he was an incarnation of Lord Krishna. The Vaishnava school of Bhakti Yoga was started by him.

He even started the Gaudiya Vaishnavism. This was a religious movement based on the philosophies of Bhagavad Gita and Bhagavat Purana. The movement focused on the worship of Radha and Krishna.

Shikshashtakam was one of his most popular works. This was a prayer which contained eight verses written in Sanskrit language. It is said that the prayer contains the essence of the entire philosophy of Gaudiya Vaishnavism in it.

He stayed in Puri at Radhakanta Math for the last 24 years of his life. A significant contributor to the Bhakti movement, he actually attained popularity as his grandfather had predicted. It is said that it was Chaitanya who rediscovered the lost essence of Vrindavan, where the love story of Lord Krishna and Goddess Radha flourished.

There was a Gaudiya Vaishnava reformer named Bhakti Vinod, who was a follower of Chaitanya Mahaprabhu. When he wanted to retire from his services, it is said that Chaitanya Mahaprabhu appeared in his dream and asked him to shift to Nabadwip instead. Though with difficulty, Bhakti Vinod could get posted to a place some 25 km away from Nabadwip.

When he started visiting the places associated with Chaitanya, he realised that the site that the Brahmins claimed to be the birth place of Mahaprabhu, was indeed not genuine. With an aim to find out the actual site of his birth in that area, he started gathering clues as much as possible.

However, all his efforts went futile. Then one night, he saw a large building flooded with golden light at some distance in the Ganges river. The next morning he went there and saw just a few palm trees. Upon inquiry, he came to know that the site was the remains of the fort of Lakshman Sen in Ballaldighi village.

He continued to investigate further with the help of geographical maps and scriptural as well as verbal accounts. Finally, he concluded that this place was known as Mayapur and was the actual birth place of Chaitanya Mahaprabhu, as confirmed by the book Bhakti-Ratnakara. The mystical vision that this devotee had, was probably an indication from Chaitanya Mahaprabhu himself.