On of the most loved festivals, Holi is around the corner and the celebration is in full swing. People of all ages await the festival every year. Known as the festival of colours, it marks the end of winter and the beginning of spring season in India, especially in the northern regions where the festival is even more popular. As the festival day approaches, we are here with all the details. This year the festival will be celebrated from 9-10 March.

Holi is a festival of two days. While the first day is known as Holika Dahan, the second day is called Holi. It is the second day that people mainly refer to while speaking about Holi. The day of Holika Dahan is also known as Chhoti Holi colloquially. The day got its name because of the ritual performed on this day.

Holi falls on the Purnima Tithi (full moon day) in the Hindu month of Phalgun every year. This corresponds to March as per the Gregorian calendar. This year, the festival of Holi will be observed from 9-10 March. 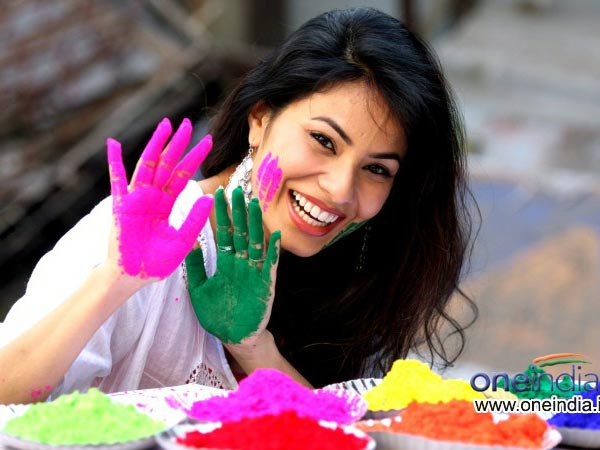 Most Read: Holi Colours As Per Astrology

Why Is Holi Celebrated

Every Hindu festival has a spiritual significance behind it. Similarly, Holi has a legend of Lord Vishnu associated with it. Lord Vishnu had two gatekeepers named Jaya and Vijaya who were cursed by four divine kids to be born as demons on earth. Jaya and Vijaya were then born as Hiranyakashipu and Hiranyaksha, the two demonic rulers and brothers. Hiranyaksha got killed at the hands of Lord Vishnu. This invited the fury of elder brother Hiranyakashipu who decided to avenge his brother's death.

Hiranyakashipu went on to kill every devotee of Lord Vishnu and demanded that he should be worshipped instead of God. However, he did not realise that his own son, Prahlad had started worshipping Lord Vishnu. When he came to know about it, he made many attempts to stop him. When every attempt failed, he finally asked his sister Holika for help.

Holika had a magic shawl which would save her from fire. As per the plan, she sat on fire with Prahlad on her lap thinking that she would be saved and the kid would get burned. However, much to everybody's surprise, the lady got burned and the kid got saved. Since then, the day of Holika Dahan is celebrated where a statue of Holika is burned on the day. The next day is celebrated as a day of joy and happiness celebrating the escape of the kid Prahlad from death.

How Lord Krishna Is Associated With Holi

Lord Krishna used to visit the village of Goddess Radha on this day, and play with all the Gopis there using colours and water. In remembrance of the same tradition started by Lord Krishna, Hindus celebrate the day in a similar way every year.

It is said that Lord Shiva fell in love with Goddess Parvati on the same day. Probably that is why, there is a tradition of drinking Bhang in some regions of India on this day. (Bhang was very dear to Lord Shiva). Even their son Kartikeya is also supposed to have been born on the same day by some Hindus.

Most Read: Astro Tips For Wealth, Peace And Prosperity

How Is Holi Celebrated

As mentioned above, Holika Dahan is observed on a day before Holi and people play with colours on the Holi day. Apart from that, sweets are prepared at home. These sweets are offered to Lord Shiva Lord Vishnu and family deities, and a small simple puja is performed. All the relatives and friends get together to celebrate Holi and play with colours. After this, they sit together and enjoy the delicious food together.

The puja can be performed in a way similar to the daily puja. Use red sacred thread, flowers, marigold garland, jaggery, whole turmeric (the root and the not the powder), gulaal, moong dal and coconut in the puja. Also, keep a glass of water and five cereals in puja.