Navratri is one of the most-loved Hindu festivals celebrated across the world. Every year the festival is celebrated in the Hindu month of Ashwin. This year the nine-day festival begins on 17 October 2020 and will go on till 25 October 2020. After this, people will be celebrating Dussehra on 26 October 2020.

Dussehra marks the day when Goddess Durga slew Mahishasur and freed the universe from his terror. For these nine days, people enjoy themselves in the festivities and put on their dancing shoes to celebrate the festival as per their respective traditions. 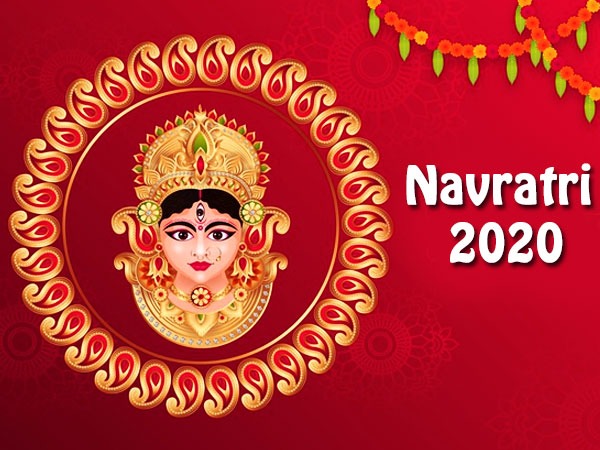 To celebrate the festival in a memorable way, people often participate in Garba, Dandiya and Sindur Khela. Pandal hopping, meaning visiting various pandals to witness the idols of Goddess Durga and seek her blessings, is another way of enjoying this grand festival. But apart from these, what excites people for this festival is several Durga temples across the country. Though there are numerous Durga Temples across the country, some are quite famous. To know which are those temples, scroll down the article to read more.

The temple is located in Bilaspur, Himachal Pradesh and is dedicated to three important Hindu deities namely, Lord Ganesha, Maha Kali and Goddess Sati. It is one of the Shakti Peethas in the world and is quite popular. Devotees believe that this is the place where the eyes of Goddess Sati fell. Hindus all over the world, often visit this place, especially during Navratri. The best thing about visiting this temple is the panoramic and serene view of the Gobind Sagar Lake.

The name of the Kamakhya temple needs no introduction in India. It is one of the most-famous Durga temples of all time. Being a shakti peetha, this is the place where the genitals of Goddess Sati fell after Lord Vishnu cut her dead body in 51 parts using His Sudarshan Chakra. The place is situated at the Nilachal Parvat in Guwahati, Assam. During Navratri, thousands of devotees visit this temple and seek the blessings of the Goddess.

This is another famous Durga Temple in the country and is believed to be a self-made shrine. Due to this, the temple is also known as Swayabhu (self-manifested). It is one of the largest temples in Andhra Pradesh and attracts thousands of visitors throughout the year. However, during the Navratri, the temple witnesses thousands of pilgrims. When you go inside the temple, you will find a 4-feet tall statue of the Devi adorned with ornaments and fresh flowers. During Navratri, special puja is performed in the temple and prasads are distributed among the devotees of the Goddess.

If you are making a list of famous Durga temples to visit during this Navratri, then you can include Chamundeshwari Temple in your list. The temple is dedicated to Goddess Chamunda, one of the forms of Goddess Durga who is also known as Maha Kali, Bhadrakali and Chandi.

Dakshineshwar Temple is another famous Durga temple in the country and is dedicated to Goddess Kali. The temple is quite beautiful and was constructed by the orders of Rani Rashmoni, a philanthropist of her time. Built in the 19th century, the temple is located on the banks of Hooghly river. The temple is one of the most-visited places in India.

This is a grand temple situated in Deshonk in Bikaner, Rajasthan. The temple is located 30 km from the main city and is a major attraction for tourists all over the world. The temple is a marble structure made somewhere during the 15th century. As the name says, the temple is dedicated to Goddess Karni, one of the manifestations of Goddess Durga. What makes this temple famous is the fact that daily 2,00,000 rats are fed and worshipped in the premises of this temple. People consider these rats to be quite auspicious and lucky.

Tripur Sundari temple in Udaipur is the place where the right leg of Goddess Sati fell after Lord Shiva performed a tandav with the dead body of Goddess Sati and Lord Vishnu cut her body into 51 pieces. The temple is situated 60 km away from the main city and is one of the major attractions of people visiting this place. The temple was built in the year 1501 by the Maharaja of Udaipur. 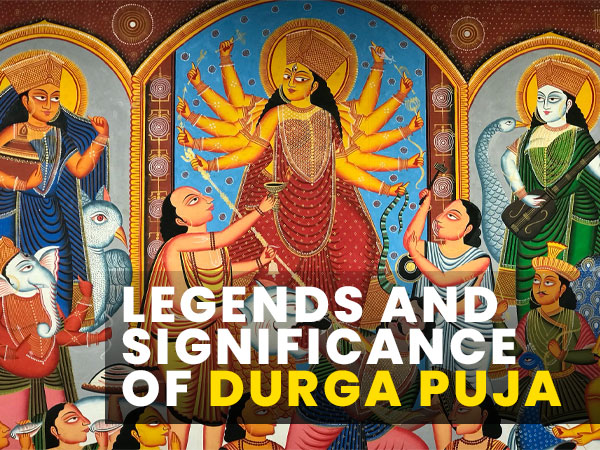 Navaratri 2020: Legends And Significance Associated With This Festival

There are many other temples in India that are dedicated to Goddess Durga but these are some of the most-famous of all. If you are looking forward to visiting the Durga temples present in the country, then do visit them and seek the blessings of the deity.