Durga Puja or Navaratri, is one of the most important Hindu festivals celebrated by people belonging to the Hindu community. The festival is dedicated to Durga, the warrior form of Goddess Parvati and the Goddess of divine strength, power, prosperity and the destroyer of demonic forces. The Navratri is a nine-day long festival dedicated to the nine different forms of Goddess Durga. The festival is celebrated by worshipping the idols of Goddess Durga as per the tradition and rituals.

It would be no wrong to say that the idols of Goddess Durga are one of the major attractions of devotees. People visit various places to witness Durga Puja and the majestic idols of the deity. When it comes to making the idols of Goddess Durga, you must have heard that these are made using the soil from the brothels. Yes, this is true. Though the world often looks down at women who work as sex workers and live in those brothels, people beg to have the soil from the brothels. The priests and idol makers go to brothels and beg to take some soil to make the idols. 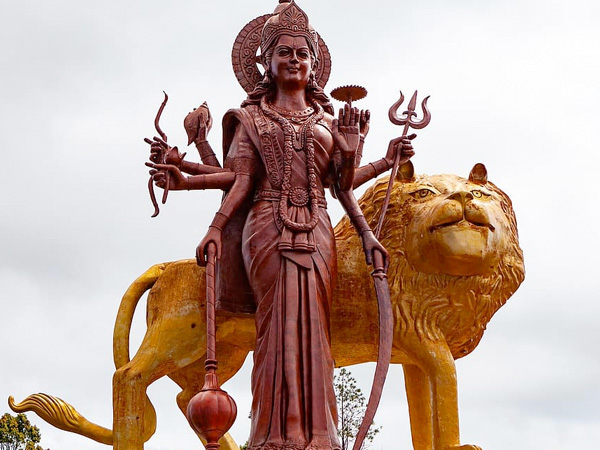 If you have wondered about this practice, then scroll down the article to read the following reasons.

1. It is believed that when people enter the houses of sex workers, they leave their piousness and austerity at their doorstep. Once they cross the doorstep of the brothels, they enter into a world of sin and ill-practice. Perhaps, therefore, people consider the soil of a brothels' doorstep to be quite auspicious.

2. Another reason behind making Goddess Durga's idols using brothel's mud is that when Goddess Durga was fighting against Mahishasur, he tried to touch and molest her. This infuriated the Goddess and She used her entire power and prowess to kill the demon along with all those who either eyed women with evil intentions or looked down upon women. This is why people take the soil from brothels to grant dignity and respect to the women who have been disrespected in society.

3. It is also believed that since Goddess Durga represents the feminine power and strength, women from marginalised sections of the society, including those from the brothels are treated with dignity and respect. It shows that no woman should be subjected to disgrace and abasement.

4. Believe it or not, when people go to the brothels to bring the soil for the aking of idols, they need to beg from the sex workers until the women living there agree to give the soil. While the sex workers give the soil to the priest or those who come to seek the soil, special mantras are chanted.

Now that you have known the reason we hope you will give more respect to these women. We hope this Navratri, Goddess Durga blesses you with eternal peace, strength, good health and prosperity.