The last thing that any woman would want to do is be a babysitter for her man. On your initial dates with your man, you may find his behaviour to be quite impressive. He may have a childish side where he likes to do some crazy things and crack funny jokes but what if he takes this on an extreme level? Finding out whether or not the person you are dating is suitable for you can be a tough thing during the first initial days. Therefore, we are here to help you find out if your man is a manchild. By saying so, we are talking about men who can't take care of themselves and often throw unnecessary tantrums. They are so immature that they aren't ready to accept that their childhood has passed and now they are fully grown adults.

Instead of bearing his immature and childish behaviour, you can save yourself and walk out of the relationship, if necessary. But if you are yet not convinced if you are dating an immature guy, then here are some telltale signs that you can go through. 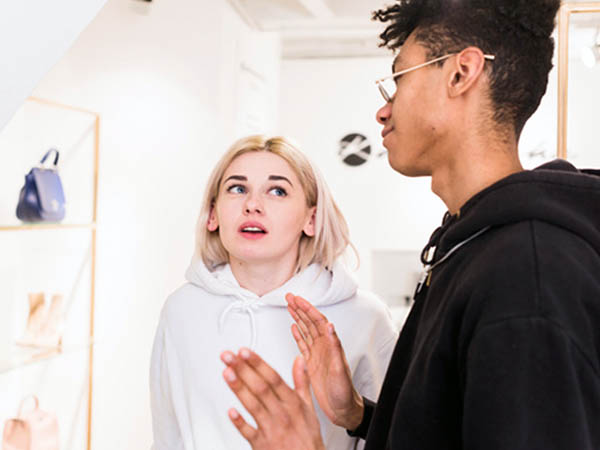 1. He Can Never Hold A Serious Conversation

Do you feel that your boyfriend becomes uncomfortable when you try to have a serious conversation? For example, he may try his best to discuss his future plans or how he is going to save his money. He may not have the ability to continue a serious conversation and will often crack a joke to change the topic.

2. He Has No Ambition And Goals

This is one of the telltale signs that you are dating an immature guy. He will never have his own ambitions and goals. In fact, he won't be sure of what his future will look like 5 years from now. Even if he is doing a job, he will be doing just for the sake of it. All he wants to do is sit back and do nothing. You will find him least bothered about making some career and life goals.

3. He Hates When You Give Constructive Criticism

Someone who is a manchild will never withstand it when somebody asks him to improve himself. He will always consider himself to be the best and therefore, believes that he doesn't need to bring any positive change. Criticising someone in a constructive manner shows that you want that person to bring some positive changes in himself/herself. However, if you find your boyfriend frowning over the constructive criticism that you gave him, then this is a sign that he is a manchild.

4. He Is Bad With His Finances

You will find him being too extravagant and careless when it comes to handling money. Your man will hardly pay attention to make some savings or have an investment plan. All he would do is spend his money as if there's no tomorrow. Moreover, you may find him crying at the end of the month, just because he's left with no money. Even if you ask him to have a savings account and deposit some money, he will make vague excuses and will chuck your advice.

5. He Never Admits His Mistakes

Admitting your mistakes can never make you inferior. In fact, it shows your maturity level and how responsible you are. But if your man never takes the responsibilities of his mistakes and is always ready to pass the blame on others, then this shows that he is a manchild. According to him, he is the best and therefore, can never do anything wrong. He will always have a scapegoat ready whenever someone points out his mistakes.

6. He Always Seeks His Friends’ Opinions

You need to understand that if a man loves you genuinely, he will always feel proud to have you and won't need anybody's approval for this.

7. He Gets Jealous Of Everything

He will get jealous of your male friends, male colleagues, neighbours and every other man (except your father and brother) related to you. You may consider his jealousness as his love for you. But does he do anything to prove that he is the one for you? Does he prove himself to be responsible and capable enough to hold your hand forever? He may scream that he loves you and can't let any other man get closer to you but what's the point if he himself behaves like a child?

8. He Often Puts You Down In Front Of His Friends

If your man is constantly putting you down before his friends only to prove himself superior and more intelligent than you, then this shows that he is a manchild. He will point out your mistakes in front of his friends and will crack some mean jokes on you. But when you ask him to stop doing so, he may tell you that he is doing it for fun.

9. He Overreacts When Things Go In An Unexpected Way

You may find him reacting in a way similar to a child does when things go in an unexpected way. He may yell and throw tantrums at small issues. For example, if you are playing any board game and he loses, you may find him making stupid excuses or may take it as an insult to himself. He may say that you cheated. But if he wins any round, he will not think twice before insulting the one who lost.

10. He Is Quite Lazy And Arrogant

One of the most obvious signs that you are dating a manchild is his laziness and arrogance. This man would prefer to lay on his sofa and watch a series than to work a little bit. He will expect you to do his work such as he may ask you to prepare lunch and dinner for him while he is playing games. He will show his arrogant side when you ask him to do some work.

11. He Wants You To Pamper Him As His Mother Does

He will expect you to pamper you as if you were his mother. He may ask you to speak in the same manner as his mother does. You may find him nagging over every little thing. He will want you to handle all his stuff and take care of him in a way similar to his mother. Such as he may ask you to iron his clothes and do his dishes. 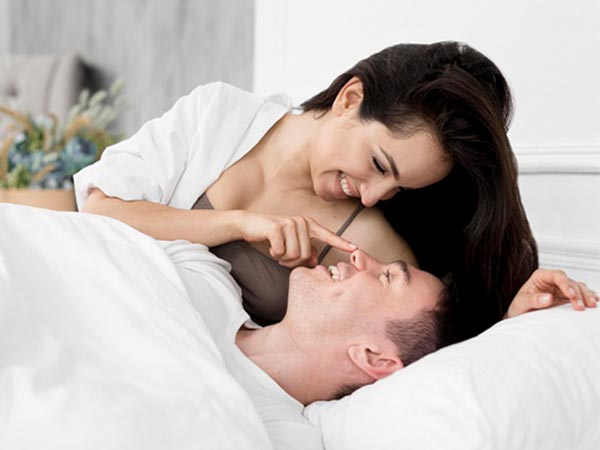 If you find most of the signs in your man, then you need to understand that you don't have to be a babysitter for your man. Dealing with a manchild can be a tough thing to do. You need to keep your calm and have patience. But if you want to walk out of the relationship to make yourself feel better then you should do the same. It is good to be with someone who is mature and caring.