Ticks are small insect-like creatures that attach to the human skin. They belong to the arachnid class and hence might possess a few features similar to that of mites, spiders and scorpions. You might have heard that tick bites are actually harmless and do not need any specific medical treatment. However, it is essential to know that certain ticks such as wood tick, deer tick and a few others might possibly carry harmful germs and possess the power to infect the bitten person seriously.

Not providing medical attention to such tick bites can lead to diseases such as Lyme disease and Rocky Mountain spotted fever as ticks are potential carriers of microbes. Deer ticks appear to be extremely tiny, something like that of a pencil point. The other kind of tick bites are visibly larger and can be easily spotted on the skin.

Usually, children are the ones on whom we find such tick bites commonly. If you find a tick attached to your kid's skin, your first step should be that of trying to remove it. Do not panic as this might frighten your child further. Read on to know more about identifying tick bites, its diagnosis and treatment.

How To Identify A Tick Bite?

Being aware of how to identify a tick bite can help you seek medical attention on time so that health risks can be avoided. The following pointers will help you understand the process of identifying a tick bite:

• How a tick looks like: Ticks appear to be different during different stages of their life cycle.

•They have four stages: egg, larvae, nymph and adult. They shed their outer skin via a process known as molting during each stage of their life cycle. Although there are dozens of species of ticks, they all appear similar.

• Look of a tick bite: It is difficult to immediately know once a tick bites you. This is so because they are painless. As it enters, it releases an anaesthetic into the skin. This prevents its immediate detection and in turn allows the tick to continue feeding. However, you can spot a tick bite if you happen to find the tick still attached to your skin. The head of the tick would be burrowed inside the skin. The skin around looks inflamed. If the tick has been feeding for a long time, it would appear quite large to be spotted easily. These are referred to as engorged ticks.

• Unlike other insect bites, tick bites are not fluid-filled.

• Ticks mostly bite on the scalp, groin, legs and at the back of the neck.

• Ticks usually bite once unlike other insects which can bite multiple times.

• A bulls-eye rash is a typical sign of a tick bite. A ring of redness forms at a distance from the site of the bite.

Ticks are carriers of pathogens that can cause various illnesses, especially in children. Some of the most common ones are as follows:

• A few people might find a circular form of rash at the site of the bite. This is usually the first sign of infection for a few people and something that generally begins to occur within a week or two after the bite. The rash might get bigger taking form of an expanding ring of redness. The site might be warm to touch along with a burning and itching sensation. A few people also have flu-like symptoms.

• If left untreated, the infection might spread to other parts of the body. There could be irregular heart rhythm along with palpitations and dizziness.

• When left untreated, especially in kids, the infection can take the form of arthritis, which affects primarily the knee and at times other joints as well. 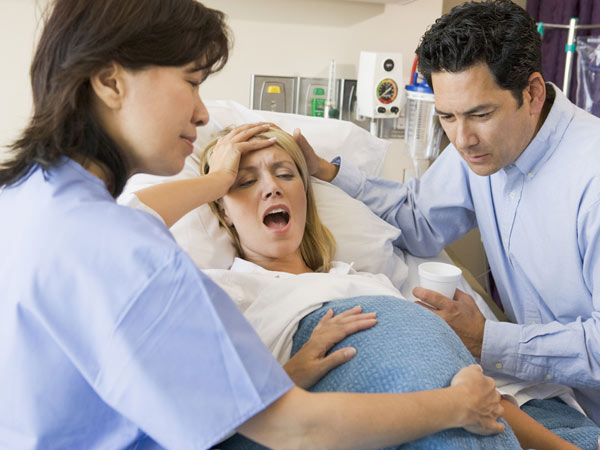 Most Read: How To Avoid An Episiotomy During Child Birth

• It appears like an expanding bull's eye rash caused due to the star tick bite. The rash ideally appears about a week after the bite.

• Apart from the rash, the affected person might show signs of fatigue, muscle pain, fever and headache.

• Rash appears about three days after the bite.

• Rash usually appears on the ankles and wrists. It then spreads to the legs, trunk, soles and palms.

• Vomiting along with nausea

• Formation of skin ulcer at the bitten site

• Swollen lymph nodes at the site of infection

• The signs are quite similar to that of flu.

• Development of rash in some cases

Laboratory tests are conducted to reach a conclusion about the diagnosis of Lyme disease. The following tests might be suggested by the doctor:

• Enzyme-linked immunosorbent assay (ELISA) test: This test is able to detect antibodies to B. burgdorferi. However, this test alone cannot be the sole conclusive test as it can lead to false-positives. This test might not be effective especially during the early stages of this illness.

• Western blot test: This test is done once the ELISA test shows a positive in order to reach a perfect conclusion. This test is a two-step approach. The test works by detecting antibodies to various proteins of B. burgdorferi.

Symptoms play a major role in diagnosing STARI. The cause of STARI is unknown and therefore there are no specific blood tests for its diagnosis. It is primarily identified through geographic location and the likelihood of coming across a tick bite.

The early signs of this illness are quite similar to other diseases, thus making the identification of this disease quite difficult during the initial days. Blood sample can be tested to conduct a diagnosis in case symptoms are observed. In some cases the rash specimen or the tick itself are used in the form of evidence to reach a conclusive diagnosis. Early treatment is advised to prevent worsening of symptoms.

This disease is quite rare and most of the time, its symptoms are mistaken for some other illness. It is therefore essential to be aware of any kind of exposure to tick bites. The chances of contracting this illness are high in case the child has come in contact with a sick or dead animal. Diagnosis of this illness is primarily done through blood tests and cultures.

Ideally, this illness is confirmed after blood test reports are evaluated by a doctor. Blood tests are conducted in case the doctor doubts the symptoms that you specify and the probable cause of another illness with similar signs. However, conclusive test results may take weeks to show up. Most of the time doctors do not wait for the test results. Instead, they choose to begin antibiotic therapy as soon as possible.

How to treat Lyme disease?

Antibiotics are the most opted method of treating this illness.

• Oral antibiotics can easily treat the early stages of Lyme disease. For children older than 8 years of age, doxycycline is the best medicine. For younger children, amoxicillin or cefuroxime is preferred. The usual course of the antibiotics last from 14 to 21 days.

• In case the infection has affected the central nervous system, then intravenous antibiotics are the chosen form of treatment. These antibiotics can, however, have side effects, such as reduction of white blood cell count, mild diarrhoea, etc.

How to treat STARI?

It is best if the person developing symptoms of this illness is treated within the first five days. This is the reason why most doctors do not wait to receive test reports but instead choose to begin antibiotic therapy to treat this illness. The most commonly prescribed drug is doxycycline. However, this might not be suitable for young children. For younger kids, doctors usually prescribe chloramphenicol as an alternative treatment medication.

How to treat tularemia?

The duration of the treatment through antibiotics usually lasts 10 to 21 days. However, the duration is dependent on the severity and stage of the illness. The most commonly prescribed drugs are gentamicin, doxycycline, ciprofloxacin and streptomycin.

How to treat ehrlichiosis?

Early signs of this illness can be easily treated with the use of antibiotics. The most recommended antibiotic treatment suitable both for adults and children is the use of doxycycline.

• In case the tick is still attached to your child's skin, then the first step would be to remove it. Grasp the tick with tweezers and remove the head and its mouthparts. Pull it out straight and gently. Remember to wash your hands properly using soap and warm water after you have removed the tick.

• The bitten area should be cleansed using warm water and a mild soap.

• Infection can be prevented by applying alcohol on the bitten site.

• The liver is the body's main filter and using milk thistle is the best way to cleanse the liver. Repairing organ damage and restoring blood are best facilitated with the use of hawthorn, dandelion root, marshmallow and red clover.

• You can apply a thin layer of petroleum jelly such that the bite does not stick to the bandage that covers the site of the bite,

• You can clean the wound using rubbing alcohol or hydrogen peroxide to prevent any kind of infection.

• In case your tick bite itches a lot, baking soda bath might be helpful. Being alkaline, it neutralizes the pH levels of the bitten site. In a tub of warm water, add about one cup of baking soda. Soak in it for about half an hour. 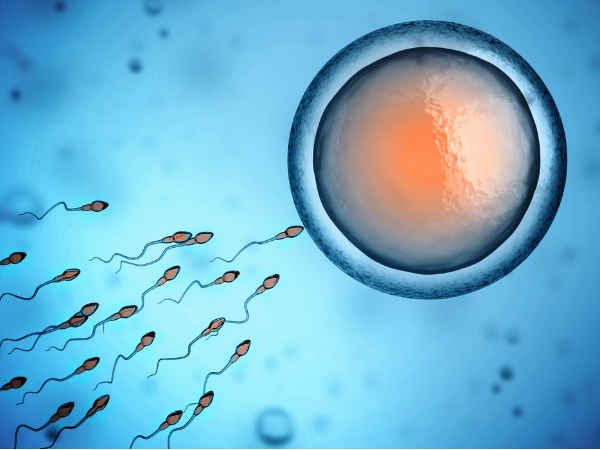 Most Read: Ways In Which You Can Get Pregnant Without Penetration

Most of the tick bites do not seem to be much harmful and most probably you would not even have an infection post the tick bite. However, it is always better to be safe than sorry. Approach a doctor in case flu-like symptoms develop or the signs of the bite do not seem to go away even after several days.

In case the redness of the region keeps expanding along with the swelling, then it is time to seek medical advice so that immediate antibiotic therapy can be started.