Once you start breastfeeding, you will probably have many questions in mind like for how long do you have to breastfeed and when should you start introducing cow's milk to your little one? Well, we got it all covered for you in this article.

Breast milk is an excellent source of nutrition for babies after birth which is important for proper growth and development; it strengthens immunity and protects against infection [1]. The World Health Organization (WHO) recommends that babies should be breastfed for the first six months and continue breastfeeding along with providing nutritious complementary foods up to two years of age or longer [2].

So, when and how you should introduce cow's milk to your baby? Read on to find out.

When Can Babies Have Cow’s Milk?

The American Academy of Pediatrics recommends that whole cow's milk should not be given until the infant is one year old [4]. 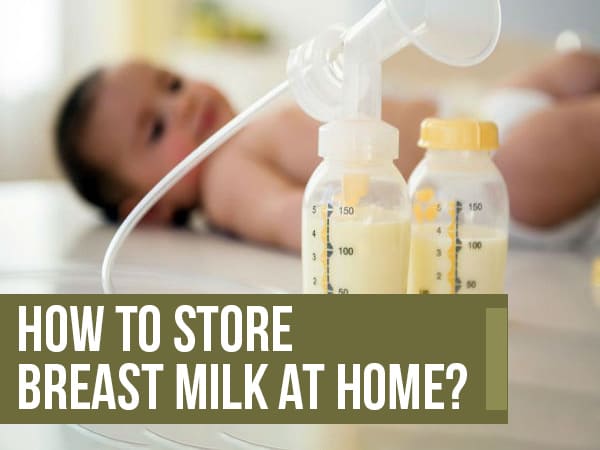 Guidelines On How To Safely Store Breast Milk At Home

Why Cow’s Milk Should Not Be Given During The First Year Of Life?

Studies have shown that whole cow's milk has a high casein content which upon consumption can make it difficult for infants to digest. In addition, whole cow's milk contains very low amounts of vitamin C, vitamin E, zinc and niacin. It also has a low linoleic acid content which is about 1.8 per cent, that is lower than the recommended level which is about 3 per cent [5].

Introducing cow milk to your infant at six months could result in increasing the risk of iron deficiency anaemia by one year of age according to a study. Iron deficiency during the first two years of life can adversely affect behaviour and psychomotor development [6], [7].

Also, early exposure to cow's milk can increase the risk of developing an allergy [9]. Another study showed that giving cow's milk to infants can cause intestinal bleeding [10].

After your infant has turned one year, cow's milk can be introduced. However, consult your paediatrician regarding giving cow's milk to your infant.

How To Introduce Cow's Milk To Your Infant?

Here are some tips to provide cow's milk to your infant:

How Much Cow Milk Can Your Baby Have?

Q. What happens if you give a baby cow's milk too early?

A. Early exposure to cow's milk can cause milk allergy, iron deficiency anaemia and intestinal bleeding.

Q. Should I boil cow milk before giving it to the baby?

A. Yes, cow's milk should be boiled before you feed it to your baby.