Our society never fails from forming unsolicited opinions about women. At times they get to hear some stereotypical things just because they are women. But do you know that there can be times when men too may get to hear some annoying and sexist things? If you are wondering men do not face any stereotypical comments then you may be wrong. You may not realise this but men often get to hear some unfair and annoying things just because they choose to live their life in a different way. This International Men's Day we are here with a list of annoying things that men are tired of hearing. 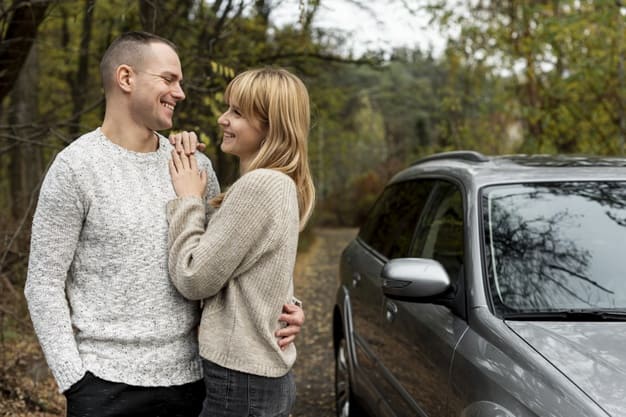 International Men's Day 2019: Things You Can Do To Make Your Man Feel Special

Our society believes in the notion that only women and kids are supposed to cry. Perhaps they do not realise the fact that a human irrespective of his/her gender, upon feeling sad or upset can cry. It never makes a man less masculine. Moreover, just because a guy is crying doesn't mean you have got the right to judge him and pass unwanted comments. Instead of judging that man, you can try to help him.

2. "Men Do Not Wear Pink And Yellow Clothes"

Why is it that people have categorised the colours according to a human's gender? Women usually wear clothes of different colours. Likewise, men too can wear any colour of their choice. Whether they want to wear pink, blue, black or yellow, let a man decide which colour suits him the best. If he wishes to wear a pink coloured shirt, then he should feel comfortable doing the same. Society should rather try to appreciate the choice of men.

Seriously? Is it that God made any special mechanism in men to avoid feeling any kind of pain? A human body can feel and respond to pain regardless of gender. Both men and women can react to pain in a similar manner and there's nothing strange in it. So the next time people ask you (read: men) to avoid expressing your pain and agony, just ask them to go through the biology textbooks and update their general knowledge.

4. "Having Moustaches and Beards Make You Look More Like A Real Man. "

So do you want to justify that men who opt for a clean shaved look aren't 'Men'? No books or scientific theory suggest that having mustaches and beards can only make you a man. If you feel comfortable and confident in having a clean shaved look then you can go for it without worrying what people may think of you. After all, it is better to live your life as per your choice.

5. "Men Should Take Up The Responsibility Of Women."

Taking care of your mother, wife, daughter, sister and girlfriend is no doubt one of the best things that you can do. But restricting them from earning because you think it's your responsibility of taking care of their expenses, is not always the right thing. If women around you want to be independent, then encourage and support them for the same.

6. "What Do You Mean You Aren't Interested In Sports?"

Sports is a source of entertainment and therefore, one can like or dislike it as per his/her choice. Just because a man has no to little interest in sports doesn't mean he isn't normal. It can be possible that he is interested in reading books, cooking or playing online games. Sports can never decide if a person is a genuine man or woman. So the next time you come across a man who isn't enthusiastic about sports, stop judging his masculinity.

A movie may seem emotional to both men and women and there's nothing wrong with this. Since a movie can seem emotional to a man, he may cry or feel emotional after watching it. Moreover, if the script and screenplay of a movie are supposed to make viewers emotional then it is quite obvious that people will get emotional. And that doesn't make a man sound like a girl.

Often men get to hear this statement from women they are seeing as a potential partner. It is possible that one may not like a man enough to enter into a relationship but spending time with him and then friend-zoning him can make that man feel bad. You may not realise this but it can affect his self-esteem as well. Instead of hurting his emotions after giving him expectations, it is better to clarify things in the very beginning.

We totally understand the scenario where men get to hear this line from their parents or relatives. This can no doubt make a man feel awkward and uncomfortable. There's no point in comparing today's men to your younger self. You need to understand the generation gap and changes in society. It is not necessary that what you did 20-30 years ago can be done in the present times as well. Moreover, different people have their own priorities.

People who ask these questions should take a moment to understand that it is a wrong practice to ask someone his/her salary. In fact, it is quite rude to ask such questions. A person can earn on the basis of his/her talent, knowledge, skills and hard work. Comparing a man's salary or judging him on the basis of his monthly payment is not a wise thing to do.

So do you mean to say that dogs and lizards were made to entertain men? Different people react to the environment in different ways. A person may get scared of lizards, dogs, cockroaches, etc. irrespective of his/her gender. It is not necessary that everybody will find dogs adorable, cute and friendly. In fact, getting scared of a dog or lizard doesn't make a person less man or woman.

12. "Nobody Would Marry His/Her Daughter To You."

How can you be so sure about who would like to marry his/her daughter to whom? Instead of being a match-maker and worrying about whether a man would get a woman, it would be better if you stop judging people and passing sexist comments.

The list is quite long and seems to be never-ending. This International Men's Day, let us leave behind these stereotypical lines and encourage men to live a happier life. Let us acknowledge that men too are humans and thus can have their own expression and emotions.