Every year India observes 26 January as Republic Day. In 1950, this is the day when the Constitution of India came into effect, which replaced the Government of India Act (1935).

However, the Constitution was formally adopted by the Indian Constituent Assembly on 26 November 1949. But since 26 January was the day when Purna Swaraj (complete independence of India) from the British rule was declared in 1930, therefore, this date was chosen as the Republic Day.

This year the whole nation will be celebrating and the 26 January 2020 will mark the 72nd Republic Day of India. Like every year, this year's celebration will too have the impressive and the most-awaited parade. Therefore, we thought of bringing some facts related to the Republic Day parade. 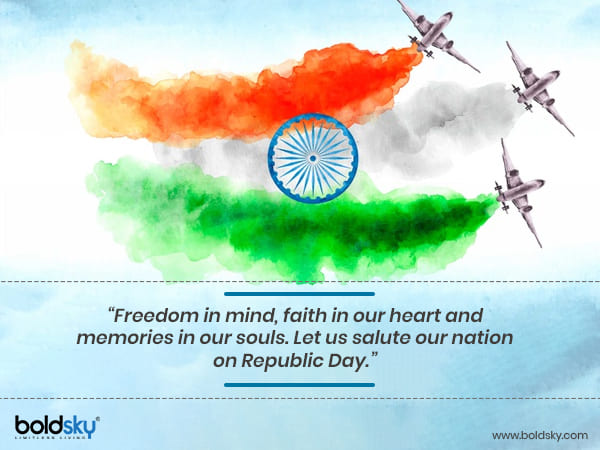 Republic Day 2020: 12 Quotes And Wishes You Can Send To Your Loved Ones

1. All of us know that every year the Republic Day parade is held at Rajpath situated in New Delhi, but only a few people are aware of the fact that it wasn't the actual place of the parade since the beginning. The Irwin Stadium (National Stadium), Kingsway, Red Fort and Ramlila maidan respectively were the venues for the Republic Day parade from 1950 to 1954.

2. The parade begins after the arrival of President of India in the event. Upon President's arrival, the bodyguards salute the National Flag and then the National Anthem is played in the background. In addition to this, a 21-gun salute is also given in the honour of the President.

4. Since 1950, India has been inviting the President or Prime Minister of different nations every year as the Chief Guest on this day. The guest is chosen depending upon the political and economic interests.

5. Dr. Sukano, the President of Indonesia was invited as the first Chief Guest on 26 January 1950. In 1955, when the Republic Day parade was organised at the Rajpath for the first time, Malik Ghulam Mohammad, the Governor-General of Pakistan was invited to the celebration.

6. The preparation of the parade begins from the month of July every year. The participants are informed and are asked to start their rehearsal. It is in December when the participants assemble in New Delhi and show their preparations.

Also read: National Voter's Day 2020: Know About The History, Significance And Celebrations Of This Day

8. In order to keep the tanks and canons ready for the Republic Day celebration, a special camp is set up near the India Gate. The tanks are then investigated, cleaned and whitewashed. On the 26 January every year, the tanks and canons are placed for the display of military strength of India.

9. Those who take part in the Republic Day celebration and parade start getting ready for the event from 2:00 am on 26 January itself. They start gathering at the venue early in the morning to avoid any delay in the event as punctuality is given high priority.

10. The participants both individuals and groups are judged by the judges present in the celebration. They judge the groups on various parameters.

11. The army personnel performing stunts in the parade need to pass through four different levels of tests. Right before the event begins, the army personnel go through a strict test to make sure they aren't carrying any live bullets or restricted objects.

12. The tableaux that are involved in the celebration are driven with a speed of 5 km/hr. This speed is maintained to make sure the audience and the important people present in the parade can watch them thoroughly. 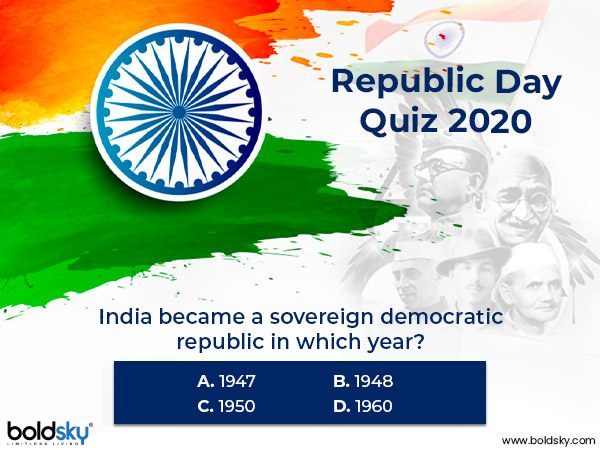 71st Republic Day 2020: Take This Quiz And Test Your Knowledge About India

13. One of the major attractions of the parade is the 'flypast', which involves the participation of 41 aircraft. All of these aircraft take off from the different air-force station and reach Rajpath at the same pre-decided time.