Paedophilia is one of the worst things that one can think of when it is all about abuse.

A couple from Ukraine have been reported for a disgusting pedophilia reason where the couple is seen involving themselves in acts of sex with their biological daughter and selling the videos to buy Bitcoins!

Well, this is the most disgusting thing that you would read online as we share the details of the case where the couple sold sex videos of their child to people across different continents! And all this for the sake of Bitcoins!

Couple Caught Having Sex In A Flight & The Video Has Been Viewed 5.63 Million Times!

Check out more details of this bizarre sickening case.

They Uploaded New Videos Every Day

People from Australia tried to find out about the Ukrainian couple who were cousins in real life and had been uploading sick videos of them having sex with their 4-year-old daughter. To get to the root of it, they encouraged their fellow Ukrainian friends to search more for new videos of the couple.

The Couple Used To Charge For Their Video Shares

It is reported that the couple sold the footage of their videos for access fee that ranged between $70 and $140. The videos were accessible in cryptocurrency to sick customers in Australia and Asia.

A Trap Was Laid

Though the police who were working on the case had a tough time in finding the couple, they did not give up as they were clueless about the couples' home as there was no clue to finding them apart from the IP address that was common while the videos were uploaded. The pair was untraceable as they would routinely move every three months. Hence, finding them was a task.

The Cops Were Keen On Arresting The Couple

The cops were lucky enough to find the couple as they eventually traced them hundreds of kilometres away from Poltava in Kryvyi Rih, a city in the Dnipropetrovsk region of Ukraine.

It Was A Dramatic Arrest!

The couple was caught in a dramatic arrest where the couple and the kid were found in the house. The cops discovered several sex toys spread across the floor. The couple was detained, and the child was sent to rehab to recover.

The Sick Videos Have Been Taken Down

It is reported that the sick videos of the couple and their kid have been taken down for the safety of the child. But as we know, the consequences of what happens when things go online once are there forever!

A case like this makes us wonder if we are safe in any way? When the family who needs to protect the little ones seems to exploit their blood, humanity dies a little more every time. 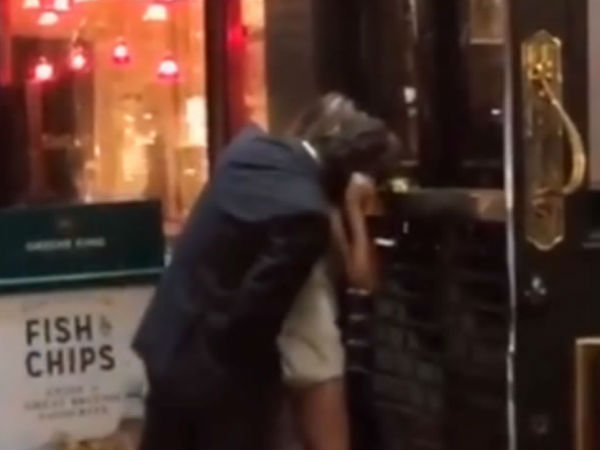 Viral Video Of A Couple Who Made Love In Public!

What is your take on this? Let us know in the comment section below.