"If we are not following or practising Gandhiji's teachings, it doesn't make any sense to celebrate him on his birthday. I feel one should believe in the deeper version of what Gandhiji believed in and taught," said 97-year old Dwarko Sundrani, who is Gandhiji's last active disciple in an exclusive interview to Boldskyon the occasion of Gandhi Jayati, which is celebrated on 2 October every year.

Mahatma Gandhi once said, "My life is my message." Therefore, celebrating his birth anniversary and then forgetting him till his next birthday is not a way to express our gratitude and respect for him.

Fondly called as 'Bapu', Mahatma Gandhi's firm belief in 'truth' and 'non-violence' made him a global figure.

People all over the world know and respect Gandhiji for his teachings, principles and of course, for his efforts in helping India gain its independence in August 1947 from the oppressing British rule.

This year, let's focus on not the teacher but the teachings of Mahatma Gandhi and turn the pages of history through the eyes of Dwarko Sundrani.

"We are not going to organise any event on Gandhi Jayanti this year, rather we will serve the helpless and needy people in the flood-stricken Bihar. Because this is what Gandhiji would have done if he was alive," said Sundrani Ji. "Instead of celebrating Gandhiji's birth anniversary, we will be serving people. This is what I learned from my Guru (Gandhiji)," mentioned Dwarko Ji with pride.

If you have lived in this country, by now you would have understood that pep talks don't motivate people enough to take necessary actions in times of crisis or a calamity. Inspiration has to come from inside always.

"What's the use of organising seminars and workshops and reading his autobiography if we do not implement the teachings of Gandhiji in our daily lives?" he asked.

How You Can Implement Gandhiji's Teachings In Your Life

Gandhiji used to consider the whole world as one. "He often used to talk about universal family and having compassion for everyone. According to Gandhiji, serving mankind and choosing the path of non-violence is what every human should do."

Dwarko Ji says, "Implementing the teachings of Gandhiji is the best way to commemorate him on his birthday. You don't have to look for his teachings. Just follow truth, non-violence and the attitude to serve mankind."

According to Dwarko Sundrani, mankind now has two options to choose from i.e., either non-violence or destruction. "There is no mid-way in this," he said.

Upon asking if people have failed to implement Gandhiji's ideas and principles in their lives, he said, "People across the world are busy walking on the footprints of Mahatma Gandhi and follow his principles, but people in India are busy in discarding the same. In the heat of the moment, people jump into violence and forget about brotherhood. I feel disappointed over this."

"Gandhiji always said, 'Instead of focusing on self-development and fulfilling your own needs, we should make efforts to bring overall development of mankind'," said Dwarko Ji.

Dwarko Sundrani has dedicated most of his life for the welfare of people belonging to 'Musahar' community, who are believed to be rat-eaters. Inspired by how Gandhiji worked for the people, who were considered to be untouchables due to their social status, Dwarko Ji has chosen to remain unmarried and work for educating the children from this community.

Seeing children getting quality education from modern schools now makes Sundrani extremely happy, but the absence of "inner qualification" is what makes him sad.

On asking what's 'inner qualification', Dwarko Ji said, "Compassion, kindness, hard work, confidence, honesty and selfless love are the inner qualifications of a person. To become a better person, one should possess these qualities."

Also read: Gandhi Jayanti Quiz: How Well Do You Know The Mahatma? Take This Quiz

His Message To The Youth

Gandhiji used to say youth have the potential and limitless possibilities to bring positive changes in the world and make it a better place. The same is what Dwarko Sundrani believes in. Expressing concern for today's youth, he said, "Youth should make more and more efforts in promoting human welfare and their inner qualification. Sooner or later, the Indian youths will walk on the footprints of Gandhiji."

Dhirendra Sharma, Chief Project Director at the Bodhi Tree Educational Foundation, who considers himself a student of Dwarko Ji told Boldsky, "I am blessed to have Dwarko Ji as my teacher. Even at this age, my teacher is an ardent follower of Gandhiji and his teachings." 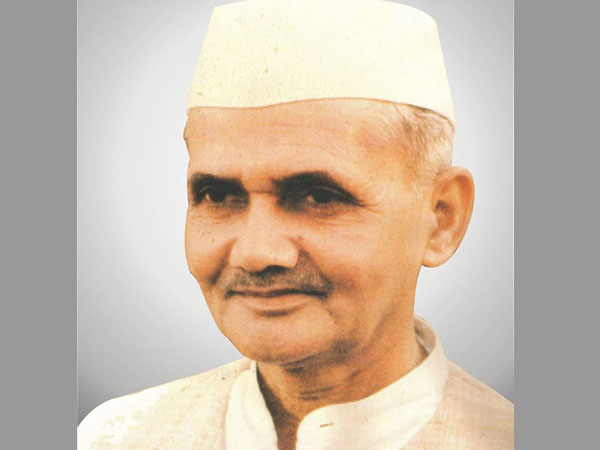 On Lal Bahadur Shastri's Birth Anniversary, Here Are A Few Facts About Him And His Powerful Quotes

Dhirendra has been with Dwarko Ji for 17 years now and follows his teachings with all his heart. He concluded by saying, "It is my teacher's teachings that inspired me to work for mentally challenged children." Every child has the right to smile and therefore, we are making attempts to give them that right".