Did you know that whiskey is made from rye? Rye is a whole grain which is packed full of nutrition and health benefits [1] . It contains a protein called secalins, a form of gluten which makes it a gluten grain.

Rye is used for preparing rye flour, rye beer, and some vodkas. Rye flour is considered more nutritious than barley or wheat flour because the germ and the bran are very hard to remove during the milling process [2] . This allows all the nutrients to stay in the rye flour.

According to the Whole Grains Council, rye comes in many forms which are:

Rye has an impact on body weight largely; it prevents weight gain and lowers the risk of obesity. According to a study, rye improves insulin sensitivity and lowers total plasma cholesterol [3] . Another study also showed that consuming rye bread in the morning and afternoon decreases hunger and satiety levels as compared to wheat bread because rye bread contains the highest amount of bran [4] . 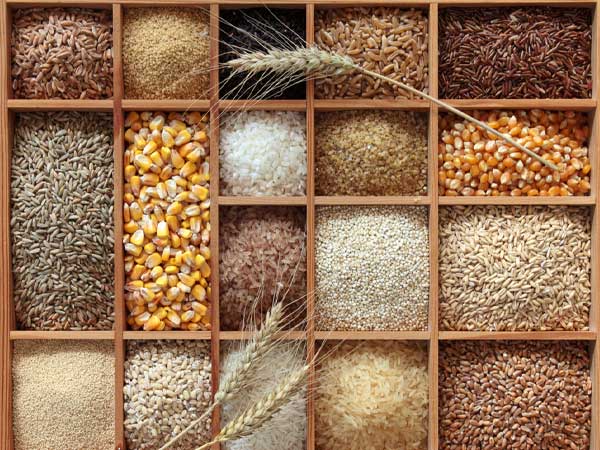 13 Healthy Whole Grains & Why You Should Eat Them

Another benefit of rye is it can help regulate and improve the blood glucose level. Scientists at Lund University in Sweden analyzed the effects of rye in healthy people during breakfast meals. They found that whole grain rye products, especially sourdough rye bread were effective in controlling glucose level and improving insulin activity [5] .

Rye can lower inflammation in people with metabolic syndrome. Inflammation increases the risk of type 2 diabetes. In a study conducted by scientists, patients with metabolic syndrome were put on a 12-week diet. The group was divided into two - the first group was fed with oat, wheat bread and potato diet, and the second group was fed with rye bread and pasta. The study concluded that the second group who were fed with rye bread and pasta showed less inflammation as compared to the first group [6] .

Rye provides energy and controls appetite when eaten during breakfast. Rye being a whole grain cereal keeps you full and satisfied for longer than refined grains. In a study conducted by the researchers, healthy adults were fed with rye porridge during breakfast and refined wheat pasta for lunch. They found that consumption of rye porridge had a higher satiety level for up to 8 hours compared to refined wheat [7] .

Whole grains including rye are very good for your heart health as they contain high amounts of phytonutrients and fibre. Studies have shown that people who eat three or more servings of whole grain foods daily have a 20 per cent to 30 per cent reduced risk of heart disease [9] .

It is the genes that make you susceptible to different health conditions and disorders. Scientists studied gene expression in 47 middle-aged adults who ate either an oat, wheat, bread, potato diet or a rye, pasta diet for 12 weeks. They found that whole grain rye and pasta diet could help downregulate genes that can lead to serious health conditions [10] .

Excess bile acids containing too much cholesterol lead to gallstones formation. To prevent the risk of gallstones, eating whole grain rye products is considered beneficial as they contain a high amount of insoluble fibre. The fibre boosts the elimination of waste from the intestine and reduces the amount of bile acids in the stomach [12] .

Dark rye flour is considered to be more healthy and nutritious because it contains the nutrient-rich kernel. Store rye flour and grains in a sealed container and keep it in a cool place.

Transfer it into a light greased bowl and cover it for 1 hour.