Smallpox is a highly contagious disease caused by the variola virus (VARV), which belongs to the Orthopoxvirus genus. It was one of the most infectious diseases known to mankind. The last case of smallpox was seen in Somalia in 1977and in 1980, the World Health Organization (WHO) declared the eradication of smallpox [1].

Smallpox is thought to have originated in North-eastern Africa in 10,000 BC and from there it was most likely spread to India by the ancient Egyptian merchants. The early evidences of skin lesions resembling that of smallpox was seen on the faces of mummies in ancient Egypt.

In the fifth and seventh centuries, smallpox appeared in Europe and it became an epidemic during the middle ages. Annually, 400,000 people died of smallpox and one-third of the survivors went blind in the 18th century in Europe.

The disease later spread along trade routes to other countries.

Smallpox is characterised by the severe blisters that appear in a sequential manner and leave disfiguring scars on the body. These blisters fill up with clear fluid and later pus and then form into crusts which eventually dry up and fall off.

Smallpox was an acute infectious disease caused by the variola virus. Variola comes from the Latin word varius, meaning stained or from varus, meaning mark on the skin [3].

The variola virus has a double-stranded DNA genome, which means it has two strands of DNA twisted together with a length of 190 kbp [4]. Poxviruses replicate in the cytoplasm of the host cells rather than the nucleus of susceptible cells.

On an average, 3 out of 10 people who got smallpox died and those who survived were left with scars.

However, according to a study published in the journal Clinical Infectious Diseases, variola virus may have been transferred to humans through a cross-species transfer from a host that has become extinct [6].

The smallpox disease is of two types:

• Variola major - It is a serious and the most common form of smallpox that has a death rate of 30 per cent. It causes high fever and large rashes. Ordinary (the most common form), modified (milder form and would occur in people who were previously vaccinated), flat and hemorrhagic are the four types of variola major. Flat and hemorrhagic are the uncommon types of smallpox which are usually deadly. The incubation period of hemorrhagic smallpox is much shorter and initially, it's difficult to diagnose it as smallpox.

• Variola minor - Variola minor is known as alastrim is a milder form of smallpox which had a fatality rate of one per cent or less. It causes fewer symptoms like less extensive rash and scarring. 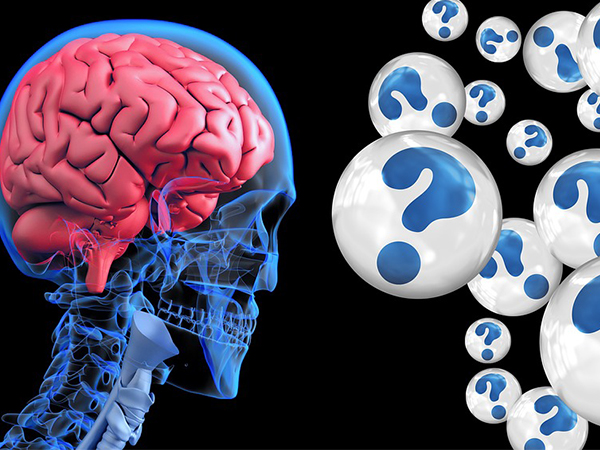 How Is Smallpox Spread?

The disease is spread when a person infected with smallpox coughs or sneezes and the respiratory droplets are emitted from their mouth or nose and inhaled by another healthy person.

The virus is inhaled and then lands on and infects the cells that cover the mouth, throat and respiratory tract. Infected bodily fluids or contaminated objects such as bedding or clothing can also spread smallpox [8].

After you are infected with the virus, the incubation period is between 7-19 days (averaging 10-14 days) During this period, the virus replicates in the body, but a person may not usually show many symptoms and may look and feel healthy. Dr Sneha says, "Even though the person is asymptomatic, they may have low grade fever or a mild rash which may not be very evident". 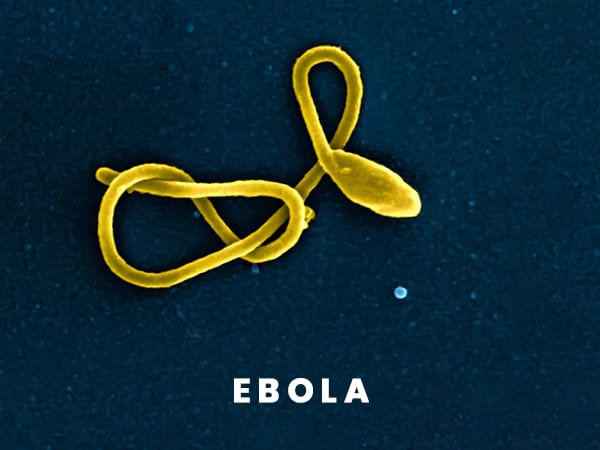 Can Ebola Virus Disease Be Prevented?

After the incubation period, the initial symptoms start appearing, which include the following:

After these early symptoms, a rash appears as small red spots on the mouth and tongue which lasts for about four days.

These small red spots change into sores and spread into the mouth and throat and then to all the parts of the body within 24 hours. This stage lasts four days. Dr Sneha says, "The rash distribution is typical of smallpox: it appears first on the face, hands and forearms and then spreads to the trunk and extremities (sequential appearance). This is important in differentiating small pox from varicella infections".

On the fourth day, the sores fill with thick fluid until scabs form over the bumps lasting for 10 days. After which the scabs begin to fall off, leaving scars on the skin. This stage lasts for about six days.

Once all the scabs have fallen off, the person is no longer contagious.

What Is The Difference Between Smallpox And Chickenpox?

Dr Sneha says, "The small pox rash is first seen on the face and then moves towards the body and finally the lower limbs whereas in chicken pox the rash appears on the chest and abdomen area first and then spreads out to other parts (very rarely the palms and soles). The time lag between fever and rash developing can vary in some cases".

To determine whether the rashes are smallpox, the Centers for Disease Control and Prevention (CDC) recommends using an algorithm "Evaluating Patients for Smallpox: Acute, Generalized Vesicular or Pustular Rash Illness Protocol" which is a conventional method for assessing patients with rash illnesses by providing clinical clues for differentiating smallpox from other rash illnesses [9].

The doctor will then physically examine the patient and ask about their recent travel history, medical history, contact with ill or exotic animals, symptoms that started before the onset of rash, contact with any sick people, history of prior varicella or herpes zoster and history of varicella vaccination.

The diagnostic criteria for smallpox include the following:

• Having fever above 101°F and having at least one of the symptoms which are chills, vomiting, headache, backache, severe stomach pain and prostration.

• Lesions that appear on any one part of the body like the face and arms.

• Firm or hard and round lesions.

• First lesions that appear inside the mouth, face and arms.

• Lesions on the palms and soles of the feet. 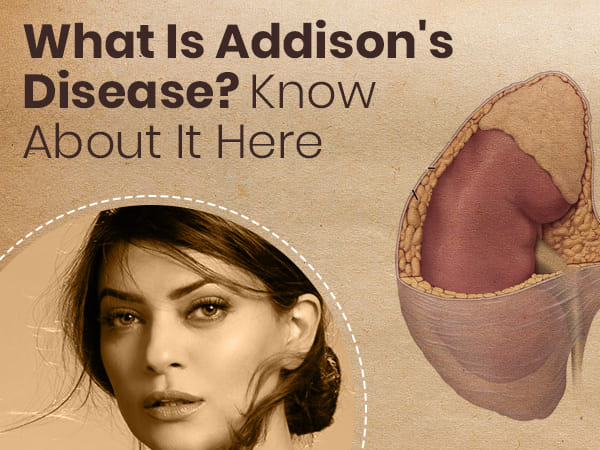 Prevention And Treatment Of Smallpox

The smallpox vaccine is given using a bifurcated needle that is dipped into the vaccine solution. When it is removed, the needle holds a drop of the vaccine and pricked into the skin 15 times in few seconds. The vaccine is usually given in the upper arm and if the vaccination is successful, a red and itchy sore forms in the vaccinated area in three to four days.

During the first week, the sore becomes a blister filled with pus and drains out. During the second week, these sores dry and begin to form scabs. During the third week, the scabs fall off and leave a scar on the skin.

The vaccine should be given before a person contracts the virus and within three to seven days of being exposed to the virus. The vaccine will not protect a person once the smallpox rash appears on the skin.

In 1944, a smallpox vaccine called dryvax was licensed and it was manufactured until the mid 1980s when the WHO declared the eradication of smallpox [11].

According to the U.S. Food and Drug Administration, currently, there is a smallpox vaccine called ACAM2000, which was licensed on 31 August 2007. This vaccine is known to make people who are at a high risk of smallpox disease immune. However, it causes adverse side effects such as heart problems like myocarditis and pericarditis [12].

On 2 May 2005, CBER licensed Vaccinia Immune Globulin, Intravenous (VIGIV), which is used for the treatment of rare serious complications of smallpox vaccines.

Who Should Get Vaccinated?

• A lab worker working with the virus that causes smallpox or other viruses that are similar to it should get vaccinated (this is in the case of no smallpox outbreak).

• A person who has directly exposed to the smallpox virus through face to face contact with a person who has smallpox should get vaccinated (this is in the case of smallpox outbreak) [14]. 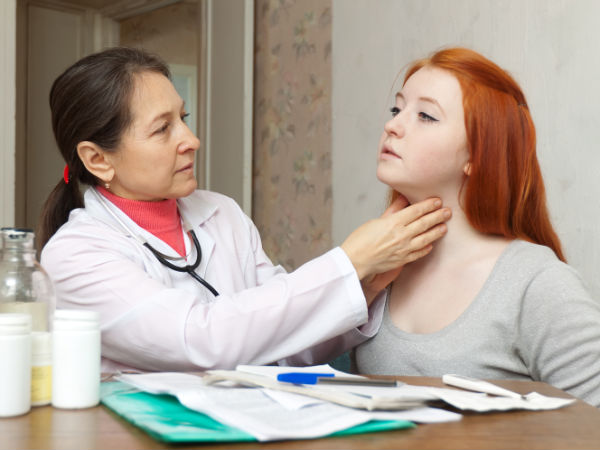 Who Should Not Get Vaccinated?

According to the WHO, people who have or had skin conditions, especially eczema or atopic dermatitis, people with weakened immunity, HIV positive people and people who are receiving treatment for cancer shouldn't get the smallpox vaccine unless they are exposed to the disease. This is due to their increased risk of having side effects.

What To Do After You Are Vaccinated?

• The vaccination area should be covered with a piece of gauze with a first-aid tape. Ensure that there is proper airflow and no fluids get into it.

• Wear a full-sleeve shirt so that it covers the bandage.

• Keep the area dry and do not allow it to get wet. If it gets wet, change it immediately.

• Cover the area with a waterproof bandage while bathing and do not share towels.

• Change the bandage every three days.

• Wash your hands after you touch the vaccination area.

• Don't touch the area and don't allow others to touch it or things such as towel, bandages, sheets and clothes that have touched the vaccinated area.

• Wash your own clothes in hot water with detergent or bleach.

• Used bandages should be dumped in plastic zip bags and then thrown it into the dustbin.

• In a plastic zip bag, put all the scabs that have fallen off and then throw it away [16].

How Was Smallpox Controlled Earlier?

Variolation, named after the virus that causes smallpox was one of the first methods for controlling the spread of smallpox disease. Variolation was a process to immunise an individual who never had smallpox by using a material from the smallpox sores of an infected patient. It was done either by scratching the material into the arm or inhaling it through the nose and people developed symptoms such as fever and rash.

The fatality rate of variolation was ten times lower as compared to naturally occurring smallpox [17].

A. Currently, there are no reports of the emergence of smallpox anywhere around the world. However, small quantities of the smallpox virus still exist in two research laboratories in Russia and the USA.

Q. Why was smallpox so deadly?

A. It was deadly because it was an airborne disease that tends to spread fast from one infected person to another.

Q. How many died of smallpox?

A. It is estimated that 300 million people died of smallpox in the 20th century.

Q. Will smallpox ever come back?

A. No, but the governments believe that the smallpox virus exists in places other than the laboratories which could be deliberately released to cause harm.

Q. Who is immune to smallpox?

A. People who are vaccinated are immune to smallpox.

Q. Who found the cure for smallpox?

A. In 1796, Edward Jenner made a scientific attempt to control smallpox by the deliberate use of vaccination.

A. According to the WHO, smallpox has existed for at least 3,000 years.