On Thursday (8th August), while addressing the nation, PM Narendra Modi spoke about the government's decision to revoke Article 370 in Jammu and Kashmir and split it into two union territories. In his 38-minute speech, he also spoke about Kashmir's famous Kahwa and shawls and also mentioned about Ladakh's special herbal plant 'Solo'.

In his speech, PM Modi said, "Be it the saffron in Jammu and Kashmir or the taste of kahwa, the sweetness of apples or the succulent apricots, Kashmiri shawls or artworks, the organic products of Ladakh or herbal medicine, they need to be known worldwide".

He further said that, "In Ladakh, a plant known as Solo, it is a life-saver for those living in high altitudes, it has vast medical properties. Should such things be sold worldwide or not? Countless such plants and herbs can be found all over the region. They will be identified and marketed, people and farmers will benefit directly,".

Solo is the local name of the herb Rhodiola rosea. The leaves part of the plant are used as a vegetable by locals. "Experts say the plant is a sanjeevani for people living in high altitudes and security personnel deployed in snow-clad areas. It maintains the body's immune system in areas with low oxygen .... which Indian does not want that it should be sold world over... I have named only one herb. Such herbs are spread all over Jammu and Kashmir and Ladakh," he said.

What Is Sanjeevani Plant 'Solo'?

The herb Solo is found at such a height on the Himalayas where oxygen levels are low. Scientists say that it is a miraculous herb that can heal the immune system, help the body relax in altitude and protects against radio-activity [1] .

This herb is mostly found in cold and high altitude places and the locals call it 'Solo' and its leaves are used.

The researchers from Leh-based Defense Institute of High LTD Research (DIHAR) suggests that Rhodiola has therapeutic properties that can treat many diseases. It has secondary metabolites and phytoactive compounds which aid in boosting the immune system. The plant has adaptogenic qualities that can help soldiers adjust to low pressure and low oxygen environments. The plant is also known to possess antidepressant properties. 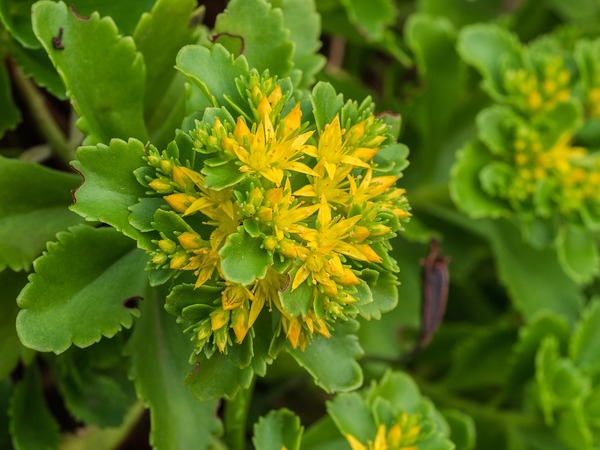