Known for her beauty and charming smile, legendary actress Madhubala is always remembered for her role as Anarkali in the popular film Mughal-e-Azam. Her portrayal as Anarkali is considered as one of the most iconic characters in the Bollywood industry.

Recently, Sonam Kapoor Ahuja, who is known as the fashionista of the B-town, took to her Instagram feed to share a throwback picture from one of her photoshoots, where she is seen perfectly pulling off Madhubala's iconic pose from the song Pyar Kiya To Darna Kya in a red velvet lehenga and yellow dupatta. So, let us take a close look at her ensemble and look and decode it.

So, Sonam Kapoor Ahuja was decked up in a red velvet lehenga by noted designer Anamika Khanna. Her gorgeous lehenga was accentuated by golden and silver-hued embroidered patterns while the border had a subtle blue-hued thread-work. Styled by Jayati Bose, she paired it with a half-sleeved matching blouse and draped a contrasting yellow-dupatta that covered her head. Her dupatta featured silver embellished floral patterns. Her jewellery game was also strong. The Veere Di Wedding actress accessorised her look with gold-toned maang tikka, nose ring, heavy choker, ring bracelet, and yellow bangles, which spruced up her look.

On the makeup front, with the perfect proportion of foundation and concealer, she slightly contoured her face and jawline. Filled brows, kohled eyes, curled lashes, light-hued eye shadow, and red lip tint upped her look. The Zoya Factor actress pulled back her tresses into a dazzling hairdo.

Though no actress can give a competition to Madhubala but we really liked the effort and the way Sonam Kapoor pulled off Madhubala's pose and she looked breathtakingly stunning in it. During these quarantine days, we have seen many celebrities posting their throwback pictures but this throwback picture of Sonam is the best thing we have seen on the internet today.

What do you think about this look of Sonam Kapoor Ahuja? Let us know that in the comment section. 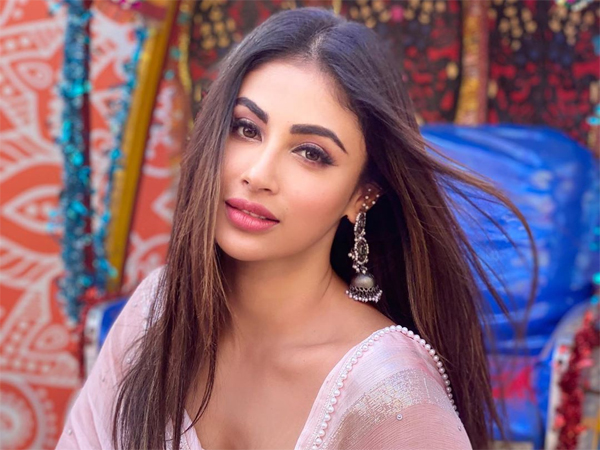 ALSO READ: Mouni Roy Mesmerises Us With Her Bridal Look In Red And Other Gorgeous Lehengas For A Cover Shoot