Ganesha Chaturthi falls on the fourth day during the Shukla Paksha in the month of Bhadrapad. This year it will be observed on September 13, 2018. It is a ten-day festival observed in dedication to the remover of obstacles, Lord Ganesha.

A number of stories in Hinduism highlight the way Ganesha blesses his devotees. For instance, it was an example of his true dedication to his parents when he said that a round taken around his parents is equal to a round around the entire world.

Son of Lord Shiva and Goddess Parvati, Lord Ganesha brings success in every venture. The annual festival of Ganesha Chaturthi is the most auspicious time to offer prayers to him. Astrologers say that during the festival, we should choose an idol for offering prayers during the festival on the basis of our zodiac sign. Not just this, he should be offered Bhoga also as per the devotee's zodiac. 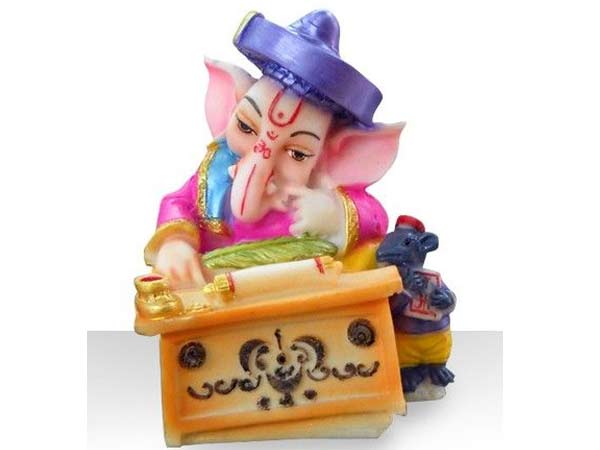 All You Need To Know About Ganesha Chaturthi 2018

Aries is ruled by the planet Mars. The associated lord of the planet is Mangal Dev. People with Aries zodiac should get home an idol made of red colour and offer prayers before it. They should offer laddu as prasad to him. This will help fulfil all their desires soon.

Taurians have Venus as the associated planet and Shukra Dev is the associated deity. Those with this zodiac sign should get a Ganesha idol made of red coral. Ghee and mishri should be used as prasad. This will help fulfil all the wishes soon.

Mercury is the associated heavenly body and the lord of the planet is Budh Dev. You should install a white-coloured idol of Lord Ganesha. As prasad, you can use moong laddu (those made of green gram). You should offer prayers to Goddess Lakshmi as well, besides worshipping Lord Ganesha.

Moon is the associated heavenly body with Chandra Dev as the ruling deity. Therefore, the Cancerians should offer prayers to a Ganesha made of Shwetark plant. Use kheer and makhan as prasad and Bhoga.

Leo is ruled by the Sun. The ruling deity associated with Sun is Surya Dev, the personification of Sun. A light red-coloured idol of Ganesha should be chosen by the Leos, for offering prayers to Lord Ganesha. Choose motichoor laddu as Bhoga and prasad.

The Virgo zodiac is ruled by the planet Mercury. Budh Dev is the ruling deity associated with this planet. Virgos should offer prayers before Lakshmi Ganesha. Use moong laddu as Bhoga and prasad on this Chaturthi.

The zodiac Libra is ruled by the planet Venus. The ruling deity is Shukra Dev. Those with this zodiac should choose an idol of light brown colour. You should not forget to offer coconut to Lord Ganesha.

The Scorpio zodiac is ruled by the planet Mars and the ruling deity is Mangal Dev. The individuals of this zodiac should perform puja before an idol made of red coral. As prasad, they should choose laddu made of gram flour (besan laddu).

This zodiac is ruled by the planet Jupiter. Brihaspati Dev, also known as Guru is the ruling deity. You should offer prayers before a yellow-coloured idol of Lord Ganesha. You should also offer besan laddu as Bhoga to Lord Ganesha.

Planet Saturn is associated with Capricorn. The ruling deity is Shani Dev. Offering prayers before an idol of of blue colour would be perfect for this zodiac. Offer laddu made of black sesame seeds in order to please Lord Ganesha.

The Aquarius also is associated with Saturn. Therefore, the ruling deity is Shani Dev. A Ganesha made with black stone should be offered prayers to, by the people of Aquarius zodiac. Offering green-coloured fruits to him will get your wishes fulfilled soon. 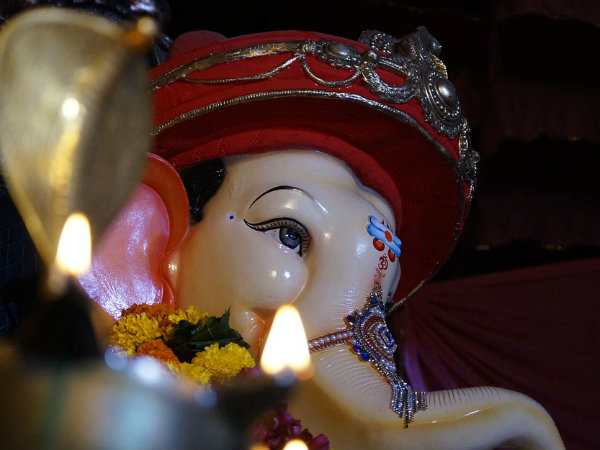 The zodiac Pisces is ruled by the planet Jupiter and the ruling deity of Jupiter is Brihaspati Dev. Performing puja before a green-coloured idol would be beneficial for the people with Pisces zodiac. As prasad, you can offer honey and saffron.