Guruparb, also known as Prakash Parv, is the day on which the Sikh people remember their Guru(s).

It is the birthday of the Sikh Gurus. There are 10 Gurus of the Sikh community and each has its own Guru Parb. One such Guruparb is going to be celebrated on 12 November 2019 as it marks the birth anniversary of Guru Nanak Dev, the first Guru of Sikh people. It is widely known as Guru Nanak Jayanti. He was the one who laid the foundation of the Sikh religion and therefore, devotees celebrate this day with great love and enthusiasm. His birthday varies every year depending upon the Lunar Calendar.

Guru Nanak Dev was born in the year 1469 on the Poornima of Kartik in Rai-Bhoi-di Talwandi village, which was then a province of Delhi Sultanate. At present, the place is known as Nankan Sahib and is situated in Pakistan.

He gained extensive knowledge Of Islam and Hinduism. This helped him in demonstrating good knowledge and philosophy. He believed in one God and used to say there is no Hindu or Muslim. According to his teachings, people can connect to God through remembrance. Also, one can worship God with any name. Thus he founded Sikhism during the 15th century.

Guru Nanak Dev's teachings are preserved in the Guru Granth Sahib, the holy book of Sikh people. His teachings include various principles that are based on the virtue of goodness, purity and selfless service. Guru Granth Sahib also contains the lessons of faith and meditation in the name of one God, striving for honest conduct and for bringing social justice to all. According to Guru Nanak Dev, his teachings are exactly the same as he received from the Almighty.

It was in the year 1496 when he left his family for 30 years on a spiritual journey to spread his teachings. In order to give tribute to Guru Nanak and his teachings and to remember him on his birth anniversary, people celebrate Guru Nanak Jayanti as his Prakash Parv or Guruparb.

For Sikh people this festival is quite important and therefore, they begin organising Prabhat Feri (morning march) every early morning 15 days before the Guruparb.

Akhand Path (reading of Guru Granth Sahib for 48 hours) is held two days prior to the celebration. Also, a Nagarkirtan is organised one day before the Guruparb celebration.

Sikh people on this day, take an oath to follow the teachings of Guru Nanak Dev which include overcoming the five evils namely, lust, anger, greed, attachment and pride. The three guiding principles of Sikhism according to Guru Nanak Dev are "Naam japana (remembering God all the time), kirat karna (being always ready to selflessly serve people), vand chhakana (sharing whatever you have with you)."

On the day of Guruparb, the day begins at 4:00 AM with singing prayers. This time is also known as the Amrit Vela. After this devotees sing the Asa ki Vaar (morning hymns), recitation of Kathas (holy stories) and then this is followed by a Kirtan (hymns as per the Sikh traditions).

Then Langar is organised in the Gurudwara premises which is a kind of community kitchen according to the Sikh traditions. The motto of organising Langar is to feed to all people irrespective of their caste, creed and culture. This is done out of selfless service. 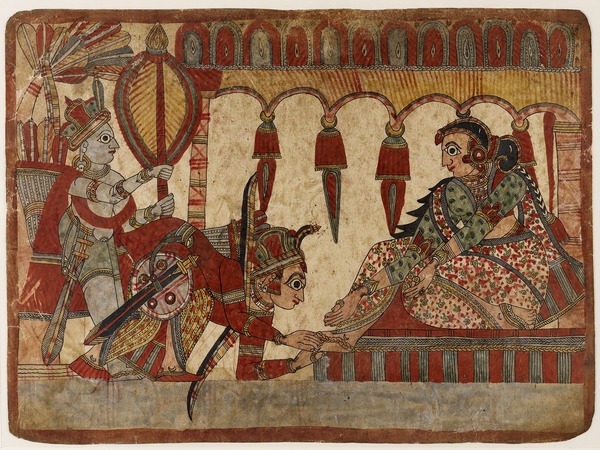 Why Do Indians Touch The Feet Of Elders? Know The Reason And Significance

Happy Guru Nanak Jayanti to everyone!