Different religions have different beliefs, especially when it comes to getting rid of evil and negative energy. You may have seen people wearing black thread around their ankle, neck, waist or wrist. While nowadays, some women and men wear it to look stylish, others consider it as a holy thread which will protect them from negative energy around them. Some also believe that it will bring them good luck.

There are so many beliefs associated with the wearing of black threads.

Scroll down to know more. 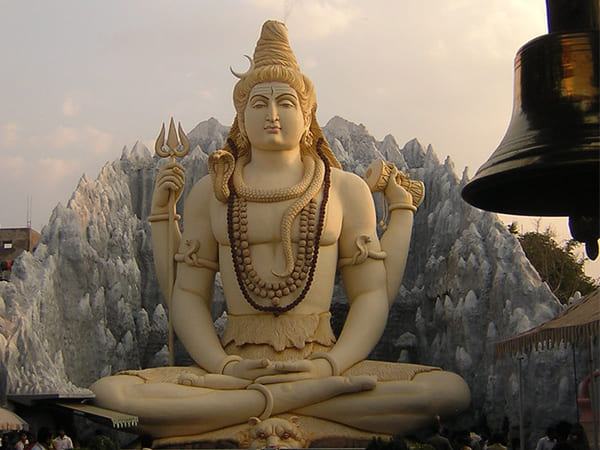 In India, black colour is considered to be inauspicious and when it comes to doing any holy work, usually, colours like white, yellow, orange or red are preferred. You will rarely find people wearing black coloured outfits during a sacred ceremony or while performing any religious work. But then what makes some of us wear black threads on our bodies?

In Hinduism, black colour is said to be associated with Lord Shani, the God of Justice and Punishment. He is said to be the one who either rewards or punishes people based on their deeds. He wards off all the negative vibes and blesses on with hope, enthusiasm and positive energy. So when one wears black thread around their ankle, the person stays away from negative and evil energy. Black thread is also worn around the neck, waist or as an armlet. People generally wear this to keep themselves safe from people who practice black magic or have evil intentions.

However, wearing a black thread will bring positive results only when it is worn after keeping certain things in mind. In case, you are unaware of what are those things then here's what you must know:

Things To Keep In Mind While Wearing Black Thread

1. One must wear the black thread after tying nine knots around the ankle.

2. Before wearing the black thread, it must be offered to Lord Shani and Hanuman. Following this, the threads are energised with sacred mantras to make it effective.

3. It must be worn on sacred Muhurta only. Else the thread may not be effective. For this, you can consult some priests or astrology experts as well.

5. Tying the black thread around the neck, after it is offered to Lord Hanuman, blesses the person with health and positive energy.

6. If you want to gain blessings of Lord Shani and stay unharmed by your enemies, you must wear the thread on Saturday after consulting a priest and tying nine knots.

7. After tying the black thread around your any of your body parts, recite the Rudra Gayatri Mantra. You can also decide on a specific time for reciting the mantra. The mantra is:

Also read: 6 Signs That Tells You May Have Had A Past Life

9. Since the black thread symbolises Lord Shani, one must wear it only after analysing the planetary movements and Dasha (planetary ruling periods).