Lord Vishwakarma is the Hindu God of architecture, considered to have constructed the universe. He is called the 'Principal Universal Architect' according to Hinduism and so the divine architect or 'Deva Shilpi'. This year the festival will be celebrated on 16 September.

He is depicted with four heads, a club in his right hand, his tools in his left hand, wearing a crown and decked in gold ornaments. Given below is an insight into who is Lord Vishwakarma and what is Vishwakarma Puja Day.

Lord Vishwakarma is also identified with Lord Brahma (Prajapati) or the Lord of creation. It is said that Lord Vishwakarma is the son of Lord Brahma. He is also considered as the universal father who is capable of revealing much in advance the direction from which the creation (universe) is bound to move. He is considered the all seeing, all knowing and ever present God and his many faces and arms depict his multifaceted and multitalented creative powers and supreme strength.

Lord Vishwakarma is said to have created the Swarglok (the heaven) in Satya Yuga, Lanka (Ravana's capital) in Treta Yuga, Dwarka (Krishna's capital) in the Dwapar Yuga and Hastinapur and Indraprastha in the Kali Yuga.

The architectural designs and creations of Lord Vishwakarma include places for Gods, towns, cities, temples, etc. His architectural wonders find place in the Indian epics of the Ramayana and the Mahabharata. 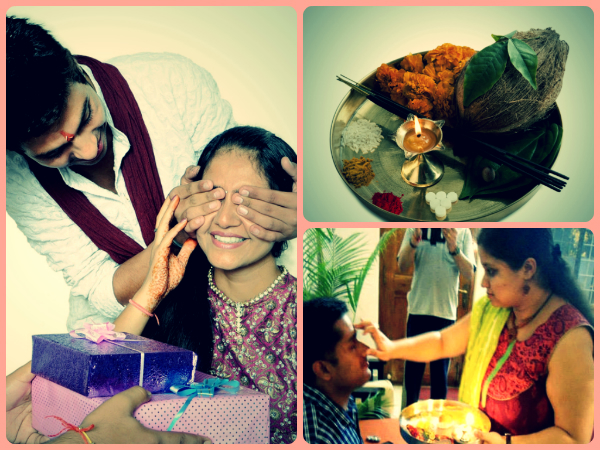 The cities of Dwarka, which mythology states as Lord Krishna's capital; Hastinapur, the capital of the Pandavas, which they won over from the Kauravas in the battle; Indraprashtha, the town in Mahabharata, etc. were all designed by Lord Vishwakarma.

It is also believed that the golden palace of Ravana was also created by Lord Vishwakarma. This is supposed to be the place where Ravana held Sita as a captive in the Ramayana.

The Jagannath temple of Puri, however, is a surviving epitome of Vishwakarma's architectural creations. The captivating enormous forms of Lord Jagannath, Subadhra and Balaram are said to have been sculpted according to the creative skills of the divine artisan.

Not just this, most of the arms and ammunitions as well as the chariots that the Gods and the divine characters of the Mahabharata and the Ramayana possessed are also believed to have been designed by him.

That is why, he is worshipped mainly by the engineer class, especially the architects and other designers, such as those of metallic tools and weapons, apart from the artisans and craftsmen. People generally perform a puja before the deity and clean the machines and tools used in their occupations, especially those having manufacturing businesses, on the day of Vishwakarma Puja.

Vishwakarma Puja: When And Who Should Perform

Vishwakarma Puja is one among the numerous important Hindu festivals. Vishwakarma Puja is said to fall on the day after Diwali every year. It is also celebrated during September in some states of India. It is widely celebrated by artisans and craftsmen of all ranks with fervour and festivity.

It is a belief that observing Vishwakarma Puja increases productivity and also instills and kindles the creative faculty. An air of festivity fills factories, offices, engineering units and even small workshops on Vishwakarma Puja Day.

Vishwakarma Puja hence can be observed by one and all those who desire the Lord's blessings to kindle their creative outlook towards life.