The nationwide lockdown due to Coronavirus pandemic has affected us in many ways. But it is the migrant workers who are facing the worst consequences of the pandemic and the lockdown. However, this difficult situation couldn't shake the determination of a 15-year-old girl who cycles all the way from Gurugram to Darbhanga carrying her injured father on her bicycle. Jyoti Kumari Paswan, the girl who rode for 1,200 km to her village after her father had no source of income due to the lockdown, is now under home-quarantine, while her father is in the quarantine center in the village.

Jyoti's father Mohan Paswan used to drive an auto-rickshaw in Gurugram, Haryana. It was after an unfortunate accident, that he became unable to drive the autorickshaw anymore. He then returned the autorickshaw to its owner and was jobless since then. Left with no work and source of income during the lockdown, Mohan Paswan wanted to return back to his hometown but the injury in his leg couldn't allow him. Therefore, Jyoti thought of doing something. She asked her father to sit on the rear carrier of her bicycle, while she cycled. It took them 7 days to reach their place.

She says they faced a lot of problems during the lockdown as they had no money to pay the rent to their landlord. Finally, they decided to return to their village. They asked a truck driver to drop them to their home. The truck driver demanded 6000 rupees. Unable, to afford to cost of travelling, she decided to ride the bicycle while carrying her father. She says, "My father was not ready to let me ride the bicycle but somehow I convinced him. We had no money to live or eat. Staying in Gurugram without any work and money was getting difficult for us. We had to stay hungry for two days. However, some people offered us food and help during the journey. We somehow managed to reach our village."

Mohan Paswan, who was first reluctant to let his daughter carry him for 1,200 km, says that he feels proud to have such a daughter who rescued him.

Second, among her five siblings, Jyoti earned global recognition and she is being praised on social media platforms for her action. She was praised by Ivanka Trump, the daughter of US President Donald Trump. Ivanka praised the determination of the girl in her tweet which reads, "beautiful feat of endurance and love has captured the imagination of the Indian people and the cycling federation."

Onkar Singh, the Chairman of Cycling Federation of India (CFI), said that Jyoti Kumari will now receive training at the state-of-the-art National Cycling Academy at the IGI Stadium Complex, in New Delhi. "We spoke to the girl this morning and we have told her that she will be called to Delhi next month as soon as the lockdown is lifted. All the expenses of her travel, lodging and other will be borne by us," said Singh.

"If she needs to accompany somebody from home, we will also allow that. We will see in consultation with our Bihar state unit on how she can be brought to Delhi for a trial," Singh added further. Upon being asked why the CFI wants to offer a trial to Jyoti Kumari, Singh said, "She must have something in her. I think cycling down more than 1200km is not a mean job. She must be having the strength and physical endurance. We want to test it."

It was a few years ago when she had to quit her studies due to the financial crisis. Sanjay Kumar Deo Kanhaiya, the District Programme Officer said that Jyoti has been granted admission in the 9th class at a government school in the Singhwara block of Darbhanga. Not only this, but Jyoti Kumari has been presented with a new bicycle, textbooks, school uniforms, shoes and stationery items on 23 May 2020.

Jyoti was elated on receiving the presents and recognition. But she is happier for being able to continue her studies once again. She said she will be focussing on her studies and would take some time to think about the trials. She also received the 'Mithila Virangna Samman' by Mukesh Kumar Jha, state coordinator of Dr Prabhat Das Foundation. 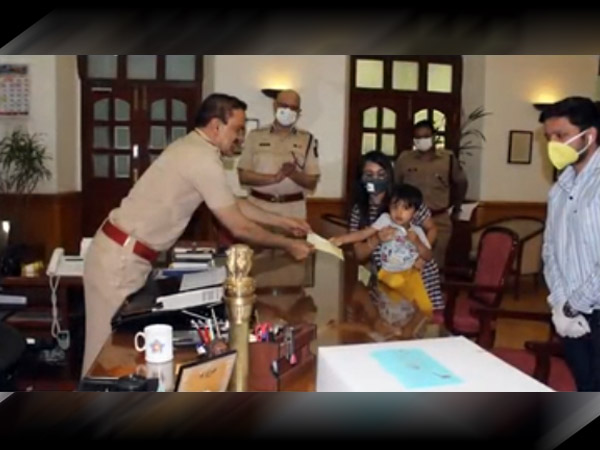 We praise the endurance and efforts of Jyoti Kumari and wish her all the best for her future.