Pregnancy is a journey towards motherhood with several ups and downs, not just in terms of health but from the emotional perspective as well. In spite of taking utmost care of one's health, there could be unavoidable circumstances where overwhelming emotions take over us and we are highly anxious about the health of the little one who is on his or her way to enter the world.

Conceiving is a wonderful experience, especially if you have been waiting for it for a while. More so when you are pregnant with twins. Carrying twins seems to be a double joyous moment. However, most pregnancies where the mother carries more than one foetus is termed high-risk. This is so because of the associated complications that the mother and the newborn can face during pregnancy or just after delivery.

One such high-risk pregnancy is when the mother carries MoMo twins. With this form of pregnancy, it becomes all the more important for the parents to be aware of the complications that might arise and how to deal with them. Read on to know more about MoMo twins, how they are formed and diagnosed, complications associated with this form of a pregnancy and how it can be handled and treated. 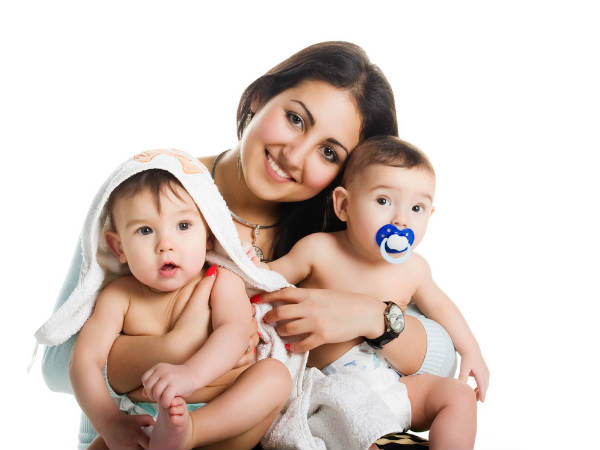 Most Read: Things To Note When Taking Care Of Twins

What Are Momo Twins?

MoMo twins are monochorionic monoamniotic babies. Monochorionic would mean single egg covering sac and monoamniotic would mean single amniotic sac. MoMo twins, therefore, mean that they are babies forming in the same amniotic sac and have just the single covering egg sac. They are otherwise also called mono identical twins. This is most often referred to as a high-risk pregnancy.

How Do Momo Twins Form?

After fertilization (on the egg and the sperm uniting), the embryo gets covered with an egg sac (chorion). This protects the embryo while it is developing. Twins technically happen when there is a split of the embryo when in the uterus. The formation of MoMo twins occurs when the embryo actually emerges out as two different embryos during its growing phase.

Here, each embryo has a placenta developing that connects to the uterus separately. In case each embryo grows in its own amniotic sac then they would have been referred to as diamniotic (while sharing the egg sac till they advance into their sacs). But when one amniotic sac exists, both the embryos grow in that leading to the formation of identical twins who are referred to as MoMo twins.

How Are MoMo Twins Diagnosed?

A perinatologist (someone who is a specialist with such high-risk MoMo twin pregnancies) would need to provide you with regular and frequent checkups so that thorough monitoring can be conducted throughout the term of your pregnancy.

During early pregnancy, there could be a misdiagnosis as the separating amniotic membrane would be very fragile and the detection of the presence of MoMo twins could be missed. However, later scanning reports could reveal monochorionic, diamniotic pregnancy (when a dividing membrane is noticed).

The fact that the twins connect to the placenta via their respective umbilical cords could be a cause of concern and lead to several complications during pregnancy as mentioned below.

When twins share the same amniotic sac, there could be a risk of cord enlargement. The umbilical cords of the babies could get entangled as there is no membrane in the amniotic sac that could separate the two. Entangling of umbilical cord could result in reduced blood supply and nourishment to the babies. Labour and delivery could further get complicated in case the twins get entangled or tied to each other while in the uterus. This is so because normal labour could mean that one of the twins might have a chance of getting stuck in the birth canal. This can cause foetal distress and in worst cases - death of one or both the twins.

Sharing of the amniotic sac by the twins increases the chances of one pressing against the other's umbilical cord. This is most likely to happen during the rigorous internal movement that either of the babies make. Constant pressure on the umbilical cord can lead to the blood supply and nutrients being cut off causing foetal death.

Most of the twin pregnancies result in preterm birth and with MoMo twins, the chances are even higher. A full-term pregnancy is risky and, therefore, MoMo twins are usually advised to being born preterm. A full-term pregnancy is termed risky due to the aspects associated with cord enlargement and cord compression. Most of the time, a C-section is performed to deliver the babies. The surgical delivery would ideally be done after the completion of 34 weeks of pregnancy. In some rare cases, MoMo twins might have to be delivered as early as 26 weeks of pregnancy. The determination of when delivery should occur depends on the risks associated with the pregnancy. Your doctor would be closely monitoring your health to make a decision as to when it would be right to deliver the twins. However, such early deliveries would mean that the delivered twins would have to face life-threatening complications and would also need to spend quite some time in the neonatal intensive care unit under close supervision by the experts.

When any one twin happens to receive the major portion of the nourishment when in the womb, it can lead to the other twin being undernourished. This is referred to as the twin to twin transfusion syndrome. The diagnosis of this is technically done by observing the physical development of the twins during the scanning sessions.

Potential problems with the MoMo twins are identified through the use of high-resolution Doppler ultrasound imaging system. This is a non-stress test and done regularly to assess the growth of the babies. The results of this test help the doctor to determine if there is a need for immediate delivery, especially in cases where cord compression occurs.

Usually, your doctor would consult a perinatologist (expert with twin delivery) in order to determine the level of risks associated with the pregnancy and reach a conclusive decision depending on the threat to the lives of the babies and the mother.

MoMo twins who successfully reach the 32-week mark of pregnancy are considered fine to be delivered after the administration of steroids for their lung development at birth. A C-section is the ideal option so that cord prolapse can be prevented. Cord prolapse most likely occurs when the second baby's cord gets expelled after the first twin is delivered.

Of late, a drug is being used to reduce the amount of fluid in the amniotic sac. This facilitates the reduction of the excessive foetal movement and in turn preventing cases of cord compression or cord enlargement. However, use of this drug is not yet confirmed as research about its pros and cons is still underway.

Regular foetal monitoring is highly essential in case of MoMo twins. There should be bi-weekly control of the foetal heart rate and the movement once the 26-week mark of pregnancy is reached. It is advised that the mother is hospitalized after the 28-week mark.

Yes, they are extremely rare. About only 1 percent of twins are actually monoamniotic.

Do Momo Twins Have The Same Fingerprints?

The reason that identical twins share the same genetics makes many people believe that they might have the same fingerprints. However, minor differences in the womb actually result in similar, yet different fingerprints in the twins. Fingerprints are attached to simple things, such as slight fluctuations in hormone levels. Hence, each twin would have their own unique fingerprint. 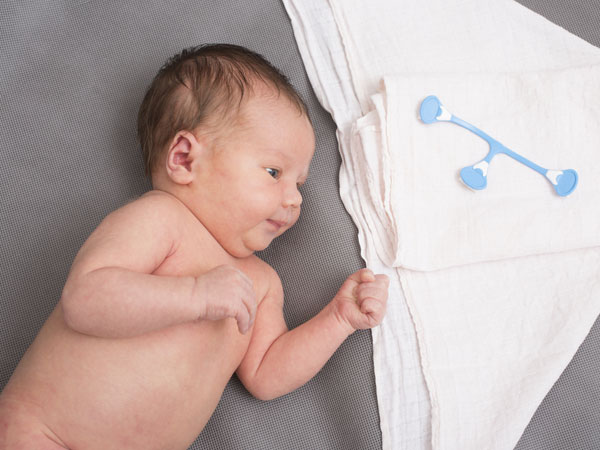 Most Read: Roseola In Babies: Causes, Symptoms And Treatment

Can Momo Twins Be A Boy And A Girl?

No, MoMo twins are always the same gender baby. This is because the same embryo splits to form each twin.

In case of MoMo twin pregnancy, one would generally be advised to consult a perinatologist rather than an obstetrician. This is because being a high-risk pregnancy, you would need a specialist to monitor your health.