In our society, doctors are considered to be a form of God as they save people's life and cure their diseases. During this COVID-19 pandemic, the entire world has realised the importance of doctors. It is not that people never paid respect to them, but this pandemic has highlighted their roles as the forefront warriors during the coronavirus outbreak.

To acknowledge their role and contribution in the society, India celebrates National Doctor's Day on 1 July every year. The day was chosen to also commemorate Dr. Bidhan Chandra Roy, a great physician and the second Chief Minister of West Bengal. 1 July marks both his birth and death anniversary. Today we are here to tell you more about this day. 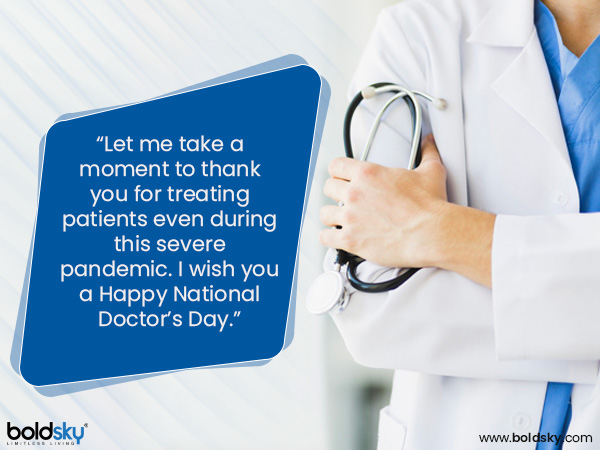 National Doctor's Day 2020: Some Quotes, Wishes And Messages To Share With Doctors