Tobacco used in any form is harmful. Despite several measures taken up by the government and other non-governmental organizations to curb tobacco usage, still, its usage has remained all-time high. The nicotine content in the cigarettes gets absorbed and penetrates the bloodstream via lungs and stimulates the electrical activity in the brain and also has a soothing effect especially at times of stress.

Today, 31st May is viewed as World No Tobacco Day. Smoking not only has an ill effect on the person practising it but is also harmful to the environment. Of all the forms of tobacco, studies have shown that smoking accounts for almost 25 per cent of deaths annually in the age group of 30-60 years globally [1] , [2] .

It should be understood that tobacco use, especially smoking is one of the major risk factors for lung and mouth cancer, strokes, heart attacks, lowers bone density and pulmonary diseases. Above all, smoking is found to have a damaging effect on the fetus among pregnant mothers as well. The nicotine content in the tobacco is so addictive that the users find it very difficult to quit once you get into the habit even if the users want to quit [3] . Apart from changing lifestyle and food habit, Ayurveda helps to cleanse and do away with the root cause of any form of tobacco addiction [4] .

On this World No Tobacco Day, let us take a look at the number of several home remedies to quit tobacco addiction.

Take a few seeds of ajwain and chew them whenever you get the craving for tobacco. Initially, it might be difficult but chewing them regularly will help do away with the habit of tobacco addiction [5] .

This is one herb that imitates the effects of nicotine on the brain in a non-addictive way. Hence it is said to be one of the most effective herbs used to quit smoking. Quite a few smoking cessation products in the market contain extracts of this herb. The dried can be used to make a decoction, which can be consumed to curb the need to smoke [6] .

One of the side effects of nicotine withdrawal is nausea and in some cases vomiting. Peppermint is well-known for relieving nausea and inducing relaxation. It even has anaesthetic and pain-relieving effect on the body. Chew on 3 to 4 leaves of peppermint whenever you feel like smoking [6] .

Whenever you have the craving for smoking or other forms of tobacco, take a piece of cinnamon and keep sucking for a while. It can have a calming effect and satisfy your cravings to some degree [7] . 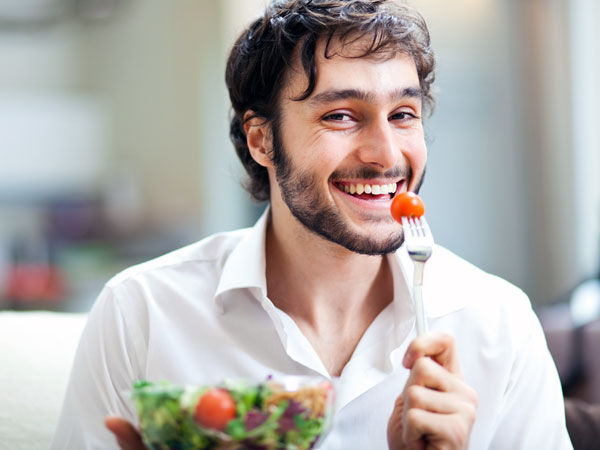 Foods That Help You Heal After Quitting Smoking

Known to clear the toxic elements and in turn reduce the craving for toxic tobacco use further, take one tablespoon of triphala every night to limit your craving to smoke [5] .

Chewing basil leaves helps reduce the craving for tobacco usage and also it cures the problems caused by its usage earlier. Every morning and evening take about 2-3 basil leaves, chew and eat them [6] .

A ball prepared out of ginger, amla and turmeric powder respectively is said to help reduce the craving for tobacco usage. You can consume it whenever you feel the need to smoke a cigarette [9] .

Known to help the body to get rid of toxins, ashwagandha helps to alleviate the level of anxiety and also various forms of tobacco addiction. The powder (450 mg to 2 g) prepared out of ashwagandha roots has to be taken for best results. Consume 1 tablespoon to every day to curb the desire to smoke [10] .

One of the best remedies to quit the habit of smoking, chamomile aids by calming the nerves that cause an urge for smoking addicts. It can be taken in the form of tea for 2-3 times a day.

As per a recent study, stevia helps cure cigarette addiction by blocking the craving signals that the body sends. Dry the leaves of stevia and powder it; you can add a teaspoon of stevia in the food you consume [11] .

When you feel the urge of smoking, put some honey in your mouth. The sweet taste of honey is very effective in curbing the urge for smoking [11] .

Mix two tsp of radish juice with little honey and have it two times daily. This help makes the nerve strong and reduce the urge for smoking and increases the body's ability to quit smoking [12] .

Rich in vitamin C, grapefruit not only aids in reducing the urge to smoke but these also help in clearing out the toxins from the lungs and hasten a quick recovery of the lungs [13] .

Vegetables such as spinach and lettuce contain choline, which is an effective remedy that helps to reduce the craving for nicotine and also helps in the recovery of the lungs [14] .

This is one of the ways to quit smoking; cayenne pepper will help in desensitising the respiratory system to anything that is addictive like tobacco and nicotine. Add cayenne pepper as a spice or mix in a glass of water and then consume, which will help with the craving for smoking [15] .

Mix oats with boiled water and leave it overnight. Boil it the next day for 10 minutes and have this after every meal. This is one of the quit smoking home remedies. The concept is that the oats flush out all the harmful toxins in the body and lowers the craving for smoking [15] . 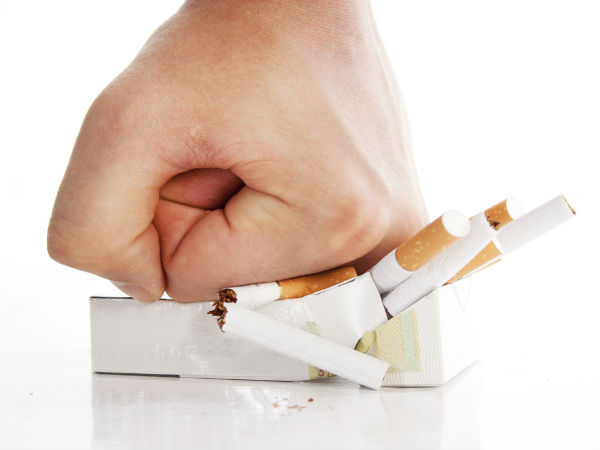