Do mosquitoes target certain blood types? Mosquitoes are dangerous. They can cause diseases like Dengue, Malaria and even Zika. Mosquitoes are like carriers of several diseases.

Mosquitoes also disturb your sleep, create itching sensation on your skin and also irritate you with the buzzing sound in the ears. 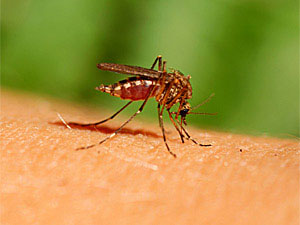 But all human beings have blood. Then, do mosquitoes have preferences? Do they like some people and hate some people? Here are the answers for such questions.

Do mosquitoes target certain blood types? Yes, current studies indicate that people with O group blood are the main targets for mosquitoes. The next preferences are people with blood groups B and A in that order.

A study claims that wearing clothes of dark shades can attract mosquitoes more during the noon. Mosquitoes can spot humans easier when they wear clothes of red, black and navy blue. Yes, they use eyes to spot human beings.

Why do mosquitoes target ears? Mosquitoes can also sense the presence of human beings from a distance of nearly 150 feet by checking the carbon dioxide levels in the air.

When you breathe and exhale carbon dioxide out, the mosquitoes can sense it. Obese people who exhale more become the first targets of these flies. Actually, you tend to hear the buzz of mosquitoes near the ear as the nose exhales carbon dioxide that attracts them.

Pregnant women also are targeted by mosquitoes. This could also be due to the increased breathing rate during the last stages of pregnancy. Heavy breathing may increase carbon dioxide in the air. Also, the body temperature tends to be higher which attracts the mosquitoes.

Even sweat can attract them. These flies can sense the smell of ammonia, uric acid, lactic acid and certain other compounds that human beings emit through their bodily fluids like sweat.

Also, after a workout, you tend to sweat. If mosquitoes are around, they may start flying around you.