Sugar is one of those ingredients that has its own share of controversies. Sugar in your diet can be naturally occurring or added, which means sugar is naturally present in foods such as fruits and milk and added sugars are sugars added in foods during preparation or processing or added at the table. Sugar is found in 75 per cent of packaged foods. It is used as a preservative, thickening agent and a sweetening agent in foods and beverages [1].

High amounts of added sugar are hidden in processed foods that we consume almost every day. Studies have shown that added sugars have been shown to increase the risk of obesity, heart disease, high blood pressure, diabetes, non-alcoholic fatty liver disease, cancer, dyslipidemia and even decline in cognitive health [2].

Choosing natural and healthier alternatives to refined sugar [3] can improve overall health and also will help reduce the amount of table sugar in your diet.

So, what are the natural substitutes for sugar? Let's find out here. 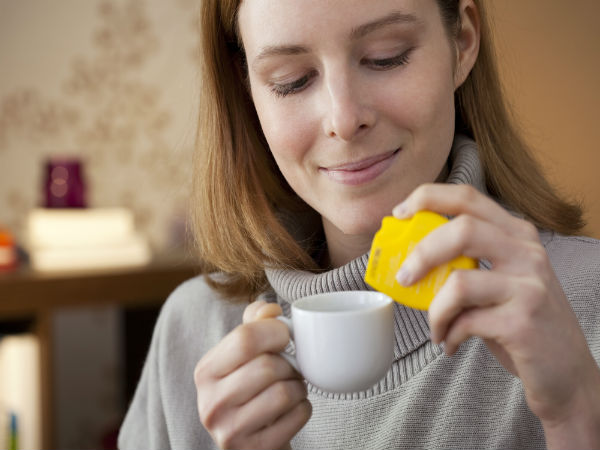 Artificial Sweeteners And Their Side Effects

Honey is considered one of the best natural sweeteners. It is obtained from the nectar of flowers by honeybees. Since ancient times, honey has been used as a natural sweetener because it has high level of fructose. Honey is 25 per cent sweeter as compared to table sugar. Honey contains proteins, carbs, vitamins, minerals, amino acids and organic acids.

How to use: Instead of adding sugar in your breakfast cereal, tea and coffee, add honey to it. You can also drizzle some honey on yogurt and salad dressings. 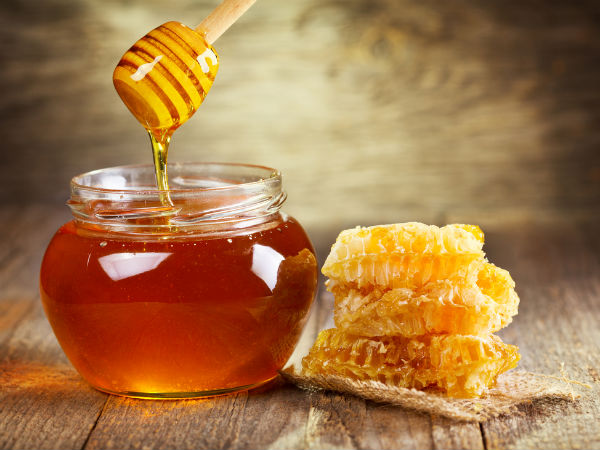 Maple syrup is another natural sweetener that is commonly consumed. It is a thick, sugary liquid that is made by boiling the sap collected from the sugar maple. Maple syrup contains sucrose, oligosaccharides, polysaccharides, organic acids, amino acids, vitamins and minerals. It also possesses many phytochemicals, including phenolic compounds that exhibit antioxidant, antimutagenic, anticancer, anti-inflammatory, antibiotic, hypoglycemic and anti-neurodegenerative effects [5].

How to use: Maple syrup can be added to sweet and savoury foods such as oatmeal, pancakes, plain yogurt, vegetables, chicken, salmon or salad dressings. You can also use maple syrup in sauces, tea, coffee and while baking cookies and cakes.

Coconut sugar is produced from the sap of the coconut palm. It is a natural sweetener that is packed with significant amount of vitamins, minerals and antioxidants. Coconut sugar has high amounts of fructose and glucose and low amounts of sucrose [6]. Coconut sugar is caramel-coloured and is a bit coarser than refined sugar.

How to use: You can use coconut sugar in all kinds of dishes. 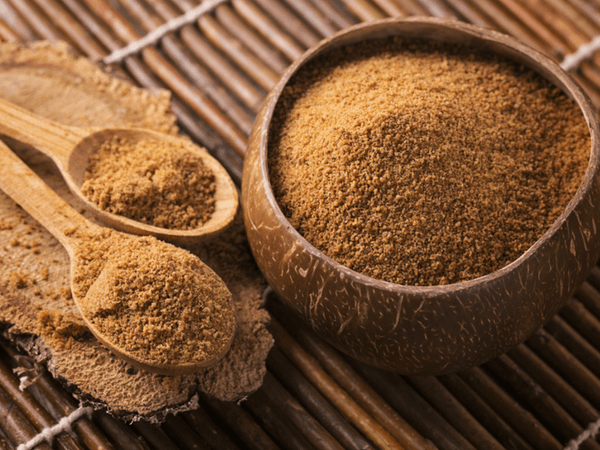 Dates are sweet and taste like caramel and they can make a healthy substitute for refined sugar. Dates are an excellent source of nutrients like vitamin C, vitamin B complex, selenium, potassium, copper and magnesium. They are also rich in dietary fibre, mainly insoluble fibre, antioxidants, sugar, mainly fructose and glucose and low in fat and protein [7].

How to use: Use date paste in smoothies, baked goods, marinades, sauces and salad dressings. You can make date paste by soaking the dates in hot water until it becomes soft. Then add the soaked dates in the blender along with one tbsp of water and blend until smooth.

Bananas are packed with nutrients such as potassium, vitamin C, magnesium, fibre, vitamin B6, copper and manganese. Ripe bananas are naturally sweet and they can be used as a natural sweetener.

How to use: Add ripe bananas into a blender with one tbsp of water and blend until smooth. You can use banana puree in oatmeal and baked goods.

How to use: Replace refined sugar with blackstrap molasses by adding it to tea, coffee or you can use it as glaze on chicken, turkey and other meats.

Yacon syrup is extracted from the roots of the yacon plant, which has a sweet taste. Yacon syrup is used for treating diabetes, constipation and lowers the risk of obesity and colon cancer due to the high content of fructooligosaccharides (FOS) present in yacon syrup [9].

How to use: Yacon syrup is a natural substitute for sugar which can be used in many baking recipes.

Agave syrup is produced from the agave plant. They are low in glycemic index which makes agave syrup suitable for use as a natural sweetener. Agave syrup has high levels of antioxidants, mainly saponins, glycosides, and terpenoids [10].

How to use: Add agave syrup to iced tea, cocktails, hot drinks, baking and use it as a topping for pancakes and French toast.

Homemade fruit jam can be used as a natural and healthy alternative to sugar. Berries, apples, grapes and pears can be pureed to make a paste which can be used as a sweetener in many recipes. Using fresh fruits as a replacement for sugar will provide you with ample nutrients.

How to use: In a saucepan, add ½ cup of water and add your favourite fruit, which has been sliced properly. Bring it to a simmer until the fruit has become soft and started to thicken. Pour this mixture into a food blender and make it into a puree.