Every year, International No Diet Day (INDD) is observed on 6 May. The day celebrates body acceptance, raising awareness on the importance of body positivity and body shape diversity. INDD also aims to promote a healthy lifestyle with a focus on health at any size.

The goals of INDD is to "question the idea of one 'right' body shape, raise awareness of weight discrimination, size bias and fatphobia, declare a day free from diets and obsessions about body weight, present the facts about the diet industry, emphasizing the inefficacy of commercial diets, honour the victims of eating disorders and weight-loss surgery and help end weight discrimination, sizism and fatphobia" [1].

INDD has faced criticisms for its approach, where health experts assert that although the day is celebrated with the right intentions, it ignores the importance of staying fit and healthy. 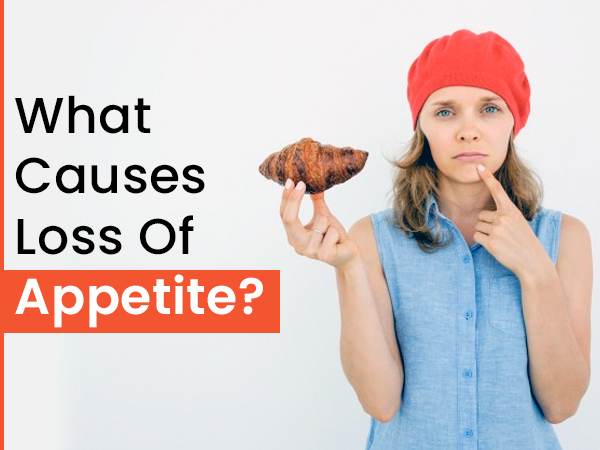 On this International No Diet Day, we will focus on one of the key aspects of the day, eating disorders, as INDD honours the victims of eating disorders and weight-loss surgery [2].

What Are Eating Disorders?

Eating disorders are serious conditions that are characterised by irregular eating habits and severe distress about one's body weight or shape [3]. Eating disorders not only affect your physical health but also your mental health.

These health problems are complex mental health conditions that often require the help of psychological experts. Most eating disorders involve focusing too much on your weight and body shape, resulting in the development of dangerous eating behaviours [4].

Eating disorders often develop in the teen and young adult years, although they can develop at other ages as well. One can develop an eating disorder with an obsession with body shape and food, which in severe cases can result in health consequences and even death if left untreated.

Reports state that eating disorders are most prevalent among young women [5]. Eating problems may include inadequate or excessive food intake which can ultimately damage an individual's well-being.

What Are The Types Of Eating Disorders?

Anorexia nervosa: It is one of the most common types of eating disorders. It generally develops during adolescence and tends to affect more women than men. People with anorexia generally view themselves as overweight, even when they are dangerously underweight [7]. Anorexia is officially categorised into two subtypes - the restricting type and the binge eating and purging type [8]. Individuals with anorexia nervosa may limit their food intake, as they have an intense fear of gaining weight.

Bulimia nervosa: Like anorexia, bulimia normally develops during adolescence, and is common among women [9]. People with bulimia frequently eat unusually large amounts of food in a specific period of time and they tend to continue eating till they are painfully full. People with this eating disorder compensate for the calories consumed by vomiting, fasting, taking laxatives, and through excessive exercise [10].

What Are The Types Of Eating Disorders?

Pica: A lesser-known type of eating disorder, pica involves eating things that are not considered food [13]. Pica can occur in adults, as well as children and adolescents and the ones suffering from this form of the eating disorder tend to crave for ice, dirt, soil, chalk, soap, paper, hair, cloth, wool, pebbles, laundry detergent etc. Pica is mostly reported in children, pregnant women, and individuals with mental disabilities [14].

Individuals with pica may be at an increased risk of poisoning, infections, gut injuries, and nutritional deficiencies and can even cause death - depending on the types of substances consumed.

Rumination disorder: People with this condition tend to bring swallowed food up again to the mouth, re-chews it, and then either re-swallows it or spits it out [15]. This rumination typically occurs within the first 30 minutes after a meal and is voluntary.

This disorder can develop during infancy, childhood, or adulthood [16]. Adults with this disorder may restrict the amount of food they eat, resulting in unhealthy weight loss.

Avoidant/restrictive food intake disorder (ARFID): Individuals with this disorder experience disturbed eating either due to a lack of interest in eating or due to specific smells, tastes, colour, texture and temperature of foods [17]. ARFID is an eating disorder that causes people to undereat.

The exact cause of eating disorders is unknown. Health experts link it to genetics and biology, as well as psychological and emotional health, such as low self-esteem, perfectionism, impulsive behaviour and troubled relationships [18].

What Are The Symptoms Of Eating Disorders?

Symptoms of anorexia nervosa: Being underweight, extremely restrictive eating patterns, an intense fear of gaining weight, unwillingness to maintain a healthy weight, a distorted body image and denial of being underweight [19].

Symptoms of bulimia nervosa: Constant binge eating with no control, inappropriate purging behaviours such as forceful vomiting and a fear of gaining weight [20].

Symptoms of rumination disorder: Restriction of the amount of food in public.

What Are The Risk Factors For Eating Disorders?

Certain factors may increase the risk of developing an eating disorder such as [22]:

What Are The Complications Of Eating Disorders?

How Are Eating Disorders Diagnosed?

Eating disorders are diagnosed based on signs, symptoms and eating habits. If an individual is suspected of having an eating disorder, the doctor will prescribe the psychological evaluation and a physical exam [24].

How Are Eating Disorders Treated?

Can Eating Disorders Be Prevented?

Although there is no specific way to prevent eating disorders, a parent can take certain steps such as avoiding dieting around the child, cultivating and reinforcing healthy eating habits and body image and talking to your child about misperceptions and unhealthy eating choices.

If you notice a family member or friend who seems to show signs of an eating disorder, consider talking to that person with compassion and guide them to get the right kind of help to overcome the eating disorders.