Celiac disease (CD) is a genetic [1] autoimmune disorder [2] in which the small intestine is damaged due to an immune response to gluten-based foods. In simple terms, it is a chronic digestive disorder in which if celiac- suffering individuals consume gluten-based foods like wheat, rye, and barley, they experience an immune response that leads to the inflammation of the small intestine and causes interference in the absorption of the nutrients [3] . To mention, gluten is a kind of protein that holds the food together and maintain their shape [4] .

This gluten-intolerant disease happens to 1 out of 10 people due to family history. However, it can develop at any age due to high consumption of gluten-based foods and medicines.

The symptoms of CD vary from person to person and ranges from mild to severe. The symptoms are similar to other diseases and that's why it is difficult to diagnose it among others. However, the common symptoms of CD are as follows [5] : 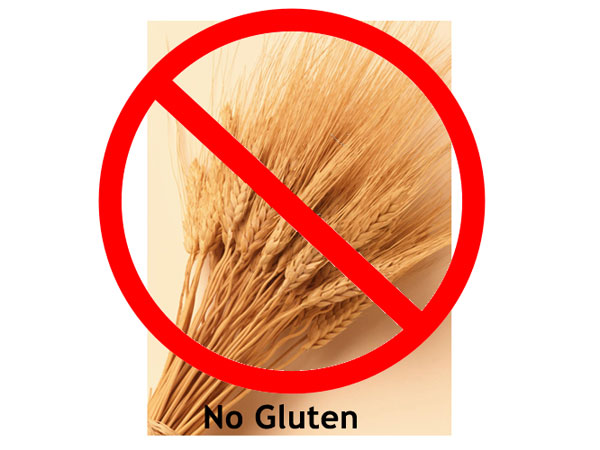 As aforementioned, CD is a genetic disorder in which the immune response to gluten foods destroys the lining of the small intestine [1] . However, there are other causes of the disease like gastrointestinal infections and infant-feeding practices. In some cases, the disease occurs late in an individual's life, mainly after surgery, pregnancy, childbirth, emotional stress and other infections.

Usually, CD takes place when the body immune system overreacts to gluten present in the food, and in the process, damages the villi (hair-like projections surrounding the small intestine), the lining of the small intestine that absorb the essential nutrients from the food [5] .

In CD, when villi are damaged, nutrients do not get absorbed by the body properly leading a person to malnutrition and other health issues like thyroid problems, cancer, and infertility, along with restriction in the growth and development of a person.

Several factors tend to increase the risk of this autoimmune gastrointestinal disorder. The risk factors of CD are as follows:

Microscopic colitis, inflammation of the colon

If remain untreated for a longer period, CD can cause severe complications. They are as follows:

Several tests help to diagnose CD and rule other similar symptoms. Firstly, it is carried out by two blood tests which are as follows:

If the above two testings are done, people usually shift to a gluten-free diet which later makes the blood tests normal. However, a few other tests are mandatory following up to the blood test. The tests are as follows:

As suggested by medical experts, the best way to treat CD is total prevention of gluten-based foods as there's no treatment for the disease yet, except for avoiding gluten [4] . Once a person leaves eating gluten foods, their small intestine automatically starts recovering and is healed within 6-12 months. Thus, a proper dietician is recommended the best for treating CD.

In the case of refractory celiac disease, the doctor may suggest steroid to control inflammation and ease other symptoms of CD while the small intestine heals [11] . Also, drugs like azathioprine and budesonide are used to control intestinal inflammation.

If a CD suffering individual gets skin rash (dermatitis herpetiformis), it is treated by a drug called dapsone [8] .

A gluten-free diet is the best for people with CD disease. They should avoid the below-mentioned foods for a life long prevention. The foods are as follows [14] :

Foods that are safe for individuals with CD are as follows: