Gone are the days when we understood medications under generalized terminologies, where one medicine would fit in for all people falling ill with a particular ailment. However, with changing times, the new era of medical sciences have coined the term 'personalized medicine' [1] Personalized medicine is what the people of today require. This is so because not everyone is the same anatomically or biologically.

The way person X reacts to one drug might not hold true for how person Y would react to the same drug for the same illness. Pharmacogenetics comes to mankind's rescue at this stage where the scientific theories behind this applied research look at the perspective of how it is necessary to identify the genetic basis of common diseases [2] .

This is a scientific approach that involves the detection of variations in genes. This detection helps in identifying sources of inter-individual changeability in drug responses. It takes into consideration both the toxicity and effectiveness factors. Therapy can be given an individualized structure when genetic differences in metabolic pathways (which affect an individual's response to various kinds of drugs) are identified [3] . Disease and its treatment are highly determined by how an individual differs from another based on genetic factors.

Genetics play a major role in categorizing the [4]

When a patient is predisposed to adverse immune responses and toxicities, the gene variants that are linked to a drug's most probable pharmacology can show inconsistent responsiveness. To improve treatment approaches, pharmacogenetics has been incorporated in almost all treatment structures for complicated illnesses [5] , one of them being epilepsy.

So, on this International Epilepsy Day (11th February), read on to know more about how pharmacogenetics plays an important role in individualizing medication suited to the patient's personal health requirement and tolerance capabilities.

The Problem With The Current Treatment For Epilepsy

Epilepsy is considered to be the most serious form of chronic neurological disorder in today's time. The current epilepsy treatment follows a pattern of initially beginning with drug treatment followed by brain surgery and vagal nerve stimulation, whenever necessary. There are about 15 antiepileptic drugs (AEDs) which follow different working mechanisms [6] .

In spite of this, studies report that about one in every three epilepsy patients continues to have seizures despite the best available treatment followed by the doctor. The problem identified is with the use of AEDs and how various patients respond to the drugs in a different manner. The response of the drug stays unpredictable making the treatment methodology complex.

Doctors often face issues such as optimal dosing consideration for individual patients followed by adverse drug reaction issues. Research conducted with inputs from doctors says that many patients are refractory to the currently prescribed AEDs [7] .

Adverse drug reactions are commonly encountered with antiepileptic treatment. The most frequently occurring ones are related to dosage. Initially, these reactions appear mild with symptoms such as dizziness, somnolence, gastrointestinal discomfort, etc. Several instances have been reported from mild to severe conditions. Toxicity can be caused due to overaccumulation of a drug especially in people who carry CYP (Cytochrome P450) alleles that are associated with slow metabolism [8] .

Some adverse drug reactions are specific to particular antiepileptic drugs. The reactions are technically due to the mechanism of the action that each drug follows.

For example, aplastic anaemia induced by felbamate [9] or hypersensitivity syndrome induced by aromatic antiepileptic drugs such as carbamazepine, phenytoin [10] , etc.

An individual's unique genome and its ability to metabolize a certain drug are what determines how effective a drug is [11] . This aspect also helps one understand the outcomes and possibility of adverse drug reactions. When individuals show an attribute of being able to metabolize a drug rapidly, the doctor would ideally prescribe a higher dose of the drug to enhance effectiveness. On the other hand, some patients might show reduced enzyme activity and hence require lower doses.

Such findings have formed the basis for the development of genetic variants that involved in antiepileptic drug responses. To make this possible, pharmacogenetics would encourage the development of multiple genes encoding the entire drug pathways (sometimes even the entire human genome) [12] . Although, still under research, it is strongly believed that implementing such unique strategies would facilitate safer AED treatment, especially for patients with drug-refractory epilepsy.

The Role Of Pharmacogenetics In Treating Epilepsy

Presently, medical professionals base their choice of drug and the dosing advice on factors such as the epilepsy type, gender, age, comedication, concomitant disease and regulatory issues. The adjustment of dosage is based on the seizure frequencies and the occurrence of any particular adverse drug reactions. Trials and errors before reaching an acceptable balance between toxicity and efficacy are tough and time-consuming [13] . Generally, it takes the doctor and the patient several years to reach a conclusive decision.

The constant problem faced by doctors on what treatment plan to proceed with for epilepsy patients, usually the ones who show adverse drug reactions, has been sorted to a great extent with the development of the 'pharmacogenetics' concept. Incorporating the scientific idea behind pharmacogenetics in treating epilepsy can help in curing patients in a better, quick and personalized manner [14] .

There are multiple factors (patient-related, environmental, genetic, etc.) that influence resistance, dosing, toxicity and antiepileptic drug efficacy. When implementing concepts of pharmacogenetics, the influence of genetic variants on drug responses is considered. When genetic factors that influence antiepileptic drug response are identified, they help one predict the response that they would show on individual patients. This can, in turn, enable quick seizure control with a lesser number of adverse drug reactions, thereby improving the lives of patients with epilepsy.

The Study Of Pharmacogenetics Approaches

Although there are many, the most widely used and studied approach is that of genetic associations. This approach involves assessing the correlations between phenotypical differences (difference in drug response) and genetic variants. The assessment is conducted on a population scale. This helps in identifying the condition of interest based on the genetic variations of the population [16] .

In the case of pharmacogenetics for epilepsy, the key phenotypes of interest are [17]

The candidate genes that have been covered under research studies for establishing pharmacogenetics in epilepsy treatment are as follows [18] :

The Most Studied Gene In Epilepsy Pharmacogenetics

MDR1 is the most studied gene in epilepsy pharmacogenetics. MDR1 protein is a member of the MDR family (multidrug-resistance proteins). The MDR family is one of the major drug transporter families. Many antiepileptic drugs are believed to be substrates of MDR1. Brain accumulation of antiepileptic drugs is limited when the MDR proteins pump these drugs back to the blood from the brain [19] .

SNP C3435T is a silent polymorphism in exon 26 of this gene. As reported through studies, it is believed to possess the ability to change MDRI substrate through alteration of conformation and insertion of PGP (Phosphoglycolate Phosphatase) in the membrane. This polymorphism is studied for patients with drug-refractory epilepsy [20] . Though no specific research has reached any conclusive results on this study. 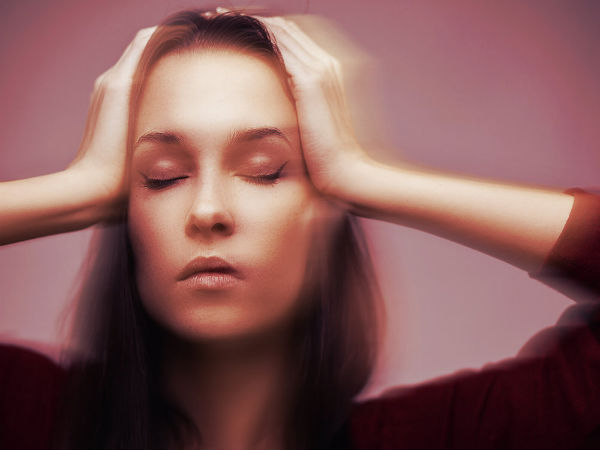 The Future Of Pharmacogenetics [21]

With a lot of advancement made in the field of pharmacogenetics, ample amount of new research is in store for the future of medical science. Scientists say that new molecular mechanisms underlying antiepileptic responses can be developed based on genes and genetic variant identification specifically those that are associated with antiepileptic drugs.

Drug designers can seek help from such insights and develop antiepileptic drugs that have fewer adverse drug reactions. Efforts are being made to create compounds that can bind to a target without any consideration for mutations. Scientists can come up with ways of being able to coadminister MDR (multidrug resistant) inhibitors with antiepileptic drugs such that it can form a novel therapeutic approach for patients with drug-refractory epilepsy.

Research findings have come out with statistical reports that show how adverse drug reactions have accounted for several deaths across the globe. Adverse drug reaction has been found to be one of the primary reasons why effective treatment gets stagnant and instead patient is subjected to hospitalization and death, in serious cases. It should, therefore, be understood that a patient's genetic susceptibility to adverse drug reactions is highly instrumental in determining and preventing drug-related harmful consequences.

Applying the research made on pharmacogenetics for the treatment of epilepsy can assist the patient and the doctor to head in the right direction of the treatment methodology ensuring a quick and successful recovery.