There are two terms in psychology that often confuse people - psychopaths and sociopaths. And while the terms are often used interchangeably, the former is far more sinister than the latter.

So who exactly is a psychopath?

A psychopath is an antisocial person who doesn't have a moral compass and often has predatory tendencies. No wonder so many serial killers turn out to be psychopaths.

And since most of them feel little to no emotions and have the ability to mimic social behaviours to display cues of trustworthiness and honesty, it's often very difficult to recognize one when they meet and befriend you.

So here are some warning signs you are dealing with a psychopath and not a genuine person.

#1 They are very callous and cold-hearted.

There is a difference between being defensively cold-hearted and actually being one.

The former evoked when a person feels emotionally hurt and wants to lash out passive-aggressively, while the latter is a sign of genuine emotionlessness and lack of empathy for another's misfortune.

The latter is a psychopath.

The reason why psychopaths behave this way is because they do not have the neural connections for emotions in their brain that we have, and therefore, either do not feel anything or only have shallow and fleeting emotions.

#2 They do not have any reaction to gruesome images.

Unless you are speaking to a surgical resident who has witnessed and worked on many road-traffic accident cases and trauma victims, most people will viscerally cringe away in disgust when they see something horrific, like a two-wheeler driver sawed into two pieces over the divider or maggots crawling out of a dead rat's stomach.

But not a psychopath.

This high threshold for disgust is often the reason why psychopathic serial killers cannot fathom the depth of their depravity.

#3 They do not feel shame, guilt, or embarrassment.

Guilt, shame, and embarrassment are major social emotions and are known to affect human beings very deeply, especially in their childhood. But psychopaths do not feel these emotions.

So if you see a child throwing stones at a dog and not ashamed when reprimanded, then chances are quite high that you have just encountered a psychopath.

#4 They do not understand fear.

In our life, we always encounter three types of people - the brave, the bold, and the cowardly. And what separates them is how they deal with their fear.

Cowards run away from what they fear, while the brave weigh their fear and then accomplish what needs to be done regardless. The bold, on the other hand, are so accustomed to silencing their fears that they have the ability to breeze through life without showing any hesitation.

But psychopaths do not fall in any of these categories since they fundamentally lack the ability to feel fear and often do highly risky and immoral things because they are not afraid of the consequences.

In fact, studies have shown that when psychopaths are told that they will be given a painful electric shock, their bodies do not betray signs of fear (like sweating or goosebumps) like we do.

#5 They never accept responsibility for their behaviour.

A classic sign of psychopathy is the externalization of responsibility. That's why psychopaths always blame others for their bad behaviour, and when forced into admitting their fault, never feel any remorse, and therefore, usually repeat the same behaviour all over again.

Emotions and the ability to form connections between seemingly unrelated subjects is how we understand metaphors and abstract concepts. And since psychopaths lack these neural pathways in their brain, they absolutely lack the ability to comprehend poetic ideas, metaphors, and abstractions.

#7 They are pathological liars.

Because they lack emotions, psychopaths do not feel uncomfortable inside like we do when we lie. Therefore, they lie constantly to get what they desire and do not feel guilty if they are discovered while at it.

#8 They boast about their abilities and have grandiose thoughts.

Psychopaths do not judge themselves the way we all judge ourselves all day long. They do not have the capacity to feel such an emotion. And coupled with their straight-faced, calm ability to lie, they often display grandiose behaviour and speak in an overinflated manner about themselves.

#9 They are extremely selfish.

As mentioned above, their lack of emotions, ability to lie with a straight face, and ability to mimic emotions enables psychopaths to usually get what they desire almost all the time to the detriment of everyone else.

In fact, when they come across naive individuals, they often tend to form parasitic bonds with them by mimicking friendship or romantic intention to make it easier for them to get what they desire.

#10 They are aggressive and often violent.

Another classic trait of a psychopath is their low threshold for frustration. This coupled with their inability to understand the social consequences of their actions is the reason why they can often be very aggressive and violent when they do not get what they want.

Psychopaths are more common than you would think. So share this article and help us put this article before more people. 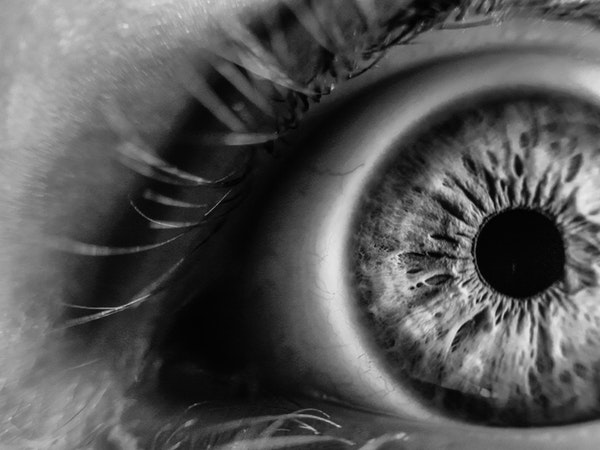 13 Early Warning Signs of a Stroke You Should Never Ignore