Rath Yatra, also known as Puri Jagannath Rath Yatra is an annual procession which takes place in Odisha, an eastern state of India. This year the Chariot Festival will take place on 23 June 2020, amidst the coronavirus pandemic. It is believed to be the oldest chariot procession in the world and is dedicated to Lord Jagannath (a manifestation of Lord Krishna), his elder brother Balbhadra and younger sister Subhadra.

During this festival, the idols of the deities are taken on three separate chariots to the Gundicha Temple also known as the Mausi Maa temple. It is believed that the deities visit their aunt's temple during the chariot procession.

Ashadh Gupt Navratri 2020: Know What It Is And Muhurta For This Festival

Every year thousands of people pull the three chariots that are being used in the celebration. This makes the festival the biggest chariot procession in the world that goes on for nine days. So, if you are wondering about the reason behind this celebration, then we are here with the legendary story that you may not be knowing. Scroll down the article to read more.

The Legend Behind The Festival

There are two different stories that lead to the origin of this festival. According to the first story, Indrayumna was the king of Puri. He was quite arrogant and mighty. When Lord Krishna's mortal body was cremated, the King decided to steal its heart. It is believed that Lord Krishna's heart had immersed in the Dwarka sea. However, the heart surfaced in Puri to the tribal people in the form of an idol and as soon as Indrayumna went to claim his possession, the idol disappeared. This made the King feel remorse and he regretted having such intentions. To repent, he sanctified the deity in a new idol made up of wood and thus decided to dedicate a temple to Lord Jagannath.

Another story is about the same King but in a different form. It is believed that when Lord Krishna left his mortal body, his elder brother Balbhadra and younger sister Subhadra were grief-stricken and they dived into the legendary Dwarka city (which is under the sea) with Lord Krishna's half cremated body. On that same day, King Indrayumna dreamt that the body of Lord Krishna surfaced on the shore of a sea in Puri as a wooden log. He then decided to build a temple and dedicate it to Lord Jagannath.

Now the two different stories unite to have the same ending as- Indrayumna wanted a skilled person to carve out an idol of Lord Jagannath and his siblings from the wooden log. He soon found an old carpenter who was none other than Lord Vishwakarma, the Architect God. The King was, however, unaware of the real identity of the carpenter. He ordered the carpenter to do the work. The carpenter agreed but he put one condition before the King. He said that if he is interrupted by anyone through any means, then he would disappear. The King agreed to this strange condition.

The Impatience Of The King

The carpenter began his work in a closed room and he kept on working for days. On the other hand, the King was surprised and worried at the same time when the carpenter didn't come out of the room for days to have food, water or rest. The King couldn't stop himself and one day he opened the door of the room. As soon as the King entered the room, the old carpenter vanished and was nowhere found. He had disappeared leaving the half-finished wooden idols of Lord Jagannath and his siblings. The idols had large heads with no arms.

The King didn't want to let the half-finished idols go in vain and thus he established them in the newly constructed temple. Since then, the idols are worshipped every year with full devotion and rituals.

Celebration Of The Festival

The reason why the idols are taken out of the temple is also quite interesting. Before the scheduled chariot procession, the temple's doors are shut. It is said that the deities have a fever after having a bath from 108 pitchers in the sun. The doors are kept shut for a week and when the doors are finally opened, the deities are taken to their aunt's temple. It is believed that fever of these deities mark the seasonal change. They, therefore, visit their aunt once in a year, after they recover from their fever to enjoy the change of season.

The Idols Of The Deities

It is believed that the idols of the deities are made up of wood, cloth and resin which disintegrates after every 12 years. The idols are then remade by the only family that claims to have the hereditary rights to make the idols. They were last made in 2015. The idols are constructed with 42 pieces of wood. The idols are then taken on chariots having 18 wheels in each of them. 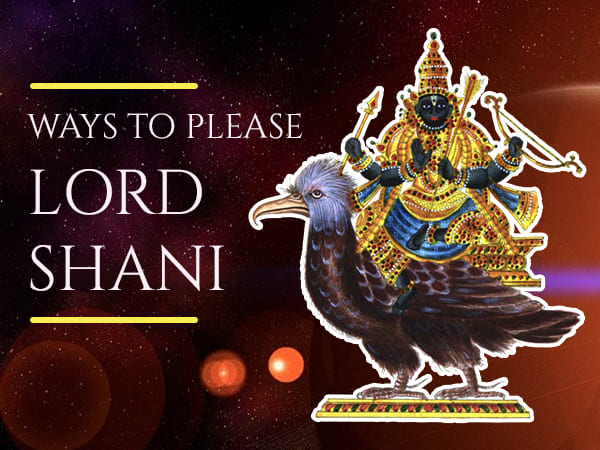 12 Powerful Ways To Please Lord Shani And Seek His Blessings

What Happens To The Chariots After The Festival

The chariots that take the deities to their aunt's temple and then back to their residing temple are then dismantled. The chariots are entirely made up of woods. The woods are then used as fuels in the temple kitchen. The Puri Jagannath temple feeds 2,000 to 20, 000 people every day. Thus, it is believed that dismantled chariots can't be used in a better way.

This year, the festival will be celebrated with strict guidelines that need to be followed due to COVID-19. Only 1500 people will be allowed to pull the chariots and those who have tested positive for COVID-19, won't be taking part in this festival.