Lord Ganesha also known as Ekdant or Vighnaharta is considered to be the God of luck, success, prosperity, wisdom and the remover of obstacles. He is believed to be the son of Lord Shiva and Goddess Parvati. Every year people celebrate Ganesh Chaturthi to honour the deity and seek His blessing. The festival marks the birth anniversary of Lord Ganesha. This year the festival falls on 22 August 2020.

On this day, people will be observing a fast and offer various things to please the deity. This Ganesh Chaturthi we are here to tell you the things that are dear to Lord Ganesha are. You can offer these to Lord Ganesha to seek His blessings. Scroll down the article to read more. 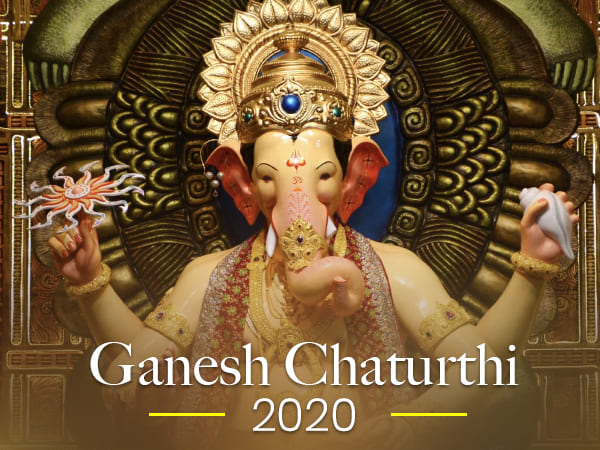 Modak is a sweet prepared using rice flour, coconut and jaggery. It is believed that the worship of Lord Ganesha is incomplete without Modak sweets. You will often find the idol of Lord Ganesha holding Modak in one of His hands. Offering Modak to Lord Ganesha can help you in seeking His blessings.

Out of all the beloved food items, Motichoor laddoos are the most-favourite to Lord Ganesha. He is often presented with motichoor laddoos. So, if you are celebrating the Ganesh Chaturthi festival, then make sure you offer Him these laddoos to please Him and seek His blessings.

Lord Ganesha is quite fond of Dhruva, a kind of grass. If you are wondering the reason behind it, then here's a mythological story. Once there was a demon named Analasura. He was so mighty that he often disturbed the Gods and innocent people leaving on the Earth. Lord Indra tried his best to control the demon but was unsuccessful in doing so. This is when Lord Shiva asked Lord Ganesha to go and defeat Analasura and free people from the wrongdoings of the demon. Lord Ganesha obeyed His father and went on to defeat the demon. When the demon saw Lord Ganesha as a chubby and small boy, he laughed aloud and made fun of him. This is when Lord Ganesha began to grow in size and took his universal form. He then defeated the demon and swallowed him. But then his stomach began burning. Seeing this, Lord Indra offered Him moon to wear on his head, Lord Varuna, showered lots and lots of water on Lord Ganesha, while Lord Vishnu and Shiva gave Him a lotus and tied a thousand-headed serpent around the belly of Lord Ganesha respectively. But still, the burning sensation in the stomach of Lord Ganesha didn't cure. Soon a few sages came and offered Lord Ganesha, 21 leaf blades of Dhruva. As soon as Lord Ganesha chewed the blades, the burning sensation in his stomach stopped.

Since then Lord Ganesha considers the Dhruva to be quite important and special.

The elephant-headed God is fond of every fruit but He is a bit inclined towards bananas. It would be no wrong to say that banana is the favourite fruit of Lord Ganesha. He not only loves bananas but also its leaves. Therefore, you can offer Him offerings on the banana leaves along with the fruits.

You can always find a conch shell in one of the arms of Lord Ganesha. The conch shell is considered to be an auspicious thing in Hindu culture and its sound has a significant meaning. It is believed that the holy sound produced by blowing the conch shell can ward off the evil and negativity from the environment.

In Hindu mythology, it is believed that flowers have the ability to remove negativity from a person's life. They can make an individual's soul pure. Therefore, flowers are included while worshipping. When it comes to Lord Ganesha, one should offer Erukku and Marigold flowers to Him. This is because Lord Ganesha is quite fond of Erukku and Marigold flowers and the garlands made of these flowers.

In Hindu mythology, it is believed that Lord Ganesha is fond of being adorned with vermillion. Just like Lord Hanuman, Lord Ganesha too loves to be offered vermillion, especially during the Ganesh Chaturthi. If you are wondering why Lord Ganesha is offered sindoor then here's a short story behind this.

Once there was a demon named Sindoora who often killed sages and harassed innocent people. The demon was reddish in colour and wasn't afraid of anyone. One day while she was harassing people, Lord Brahma came to the scene and cursed her to be killed soon for her sins. Upon this, Sindoora laughed and said, "There's isn't a single child born who isn't afraid of her." This is when Lord Brahma cursed her to be killed at the hands of Lord Ganesha, who was still a kid at that time. Soon Sindoora was killed at the hands of Lord Ganesha. Since then people offer Him sindoor to acknowledge his bravery and courage.

Murmure is prepared from puffed rice and is easily available. It isn't costly and can be afforded easily. Lord Ganesha is also fond of murmure and offering Him the laddoos made up of murmure can bring you His blessings. 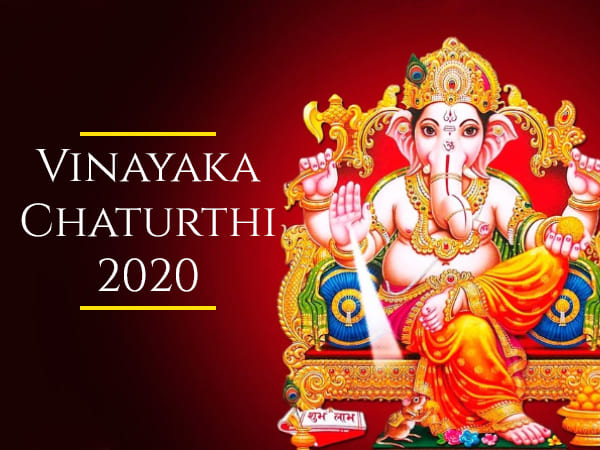 Vinayaka Chaturthi 2020: Muhurat, Rituals and Significance Of This Day

We hope that you will have a great celebration on Ganesh Chaturthi. May Lord Ganesha bless you.