Every Hindu month has two Ekadashis, one falling during the Krishna Paksha or the dark fortnight and the other during Shukla Paksha or the bright fortnight. Thus, there are twenty four Ekadashis in a year. Every Ekadashi is dedicated to Lord Vishnu and is considered to be the most auspicious day to worship him.

Each of these Ekadashis is known by a different name that highlights its significance. For instance, the one that will be observed on 1 April 2019, is known as Papmochani Ekadashi. It is so named because observing this auspicious day is believed to help one get rid of all the past sins. Let us explore some more about the auspicious day.

According to the Purnimant calendar, Papmochani Ekadashi falls during the Krishna Paksha in Chaitra month and during Krishna Paksha of Phalgun month as per the Amavasyant calendar. However, while the difference is only in the names of the months due to a time gap of a fortnight, the festival falls on the same day.

Most Read: Festivals In The Month Of March 2019

The devotees should get up early and take a holy bath or bath at home if Holy bath is not possible. Bath has to be taken before sunrise, during the Brahma Muhurat. Make sure the place of worship of the puja room is properly cleaned before beginning the puja. Light a diya and incense before the idol of Lord Vishnu. Offer fruits, yellow flowers, tulsi leaves, sandalwood tilak and a yellow-coloured sweet. Narrate the vrat katha followed by the Ekadashi Arti. Thereafter, ask for God's blessings. 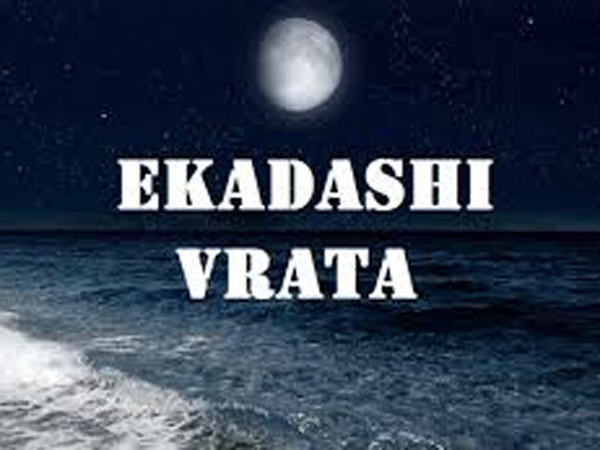 Do not eat anything the entire day, perform the parana only after sunrise of the next day. The Parana should be done only during the prescribed auspicious time (pratahkal). Before that, either it is Hari Vasara or Madhyahana, both of which are not considered good for performing Parana. On the Parana day, one should first offer food to a priest.

Depending on the tradition followed in a region, there are minor differences in the way this festival is observed. For instance, some people observe the Ekadashi fast by eating fruits alone, or eating a meal once in a day (this meal should not consist of cereals and beans). Chestnuts, buckwheat flour, millet rice, etc., are the most common foods on this day.