A teacher plays one of the most important roles in a child's life. He/she can shape the life and future of a child through teachings. Perhaps therefore, teachers are considered no less than God. To express our gratitude to teachers and respect their efforts, we celebrate Teachers' Day every year on 5 September.

This Teachers' Day while you remember your teachers and thank them for making your life, take a moment to read about some of the spiritual teachers, Gurus and saints in Hindu Mythology. Scroll down the article to read about the below-mentioned people. 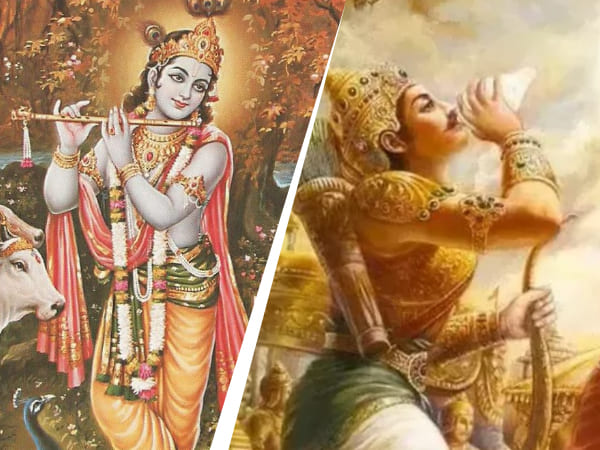 Adi Shankaracharya was one of the top mystic Gurus in Hindu mythology. He was a great philosopher and theologian who spread the knowledge of Advaita Vedanta during the 8th century. He is also known to be one of the pioneers in Hinduism. The four important Mathas in Hinduism is because of his efforts and teachings.

Maharishi Valmiki is said to be the pioneer of Sanskrit literature. One of his famous works includes the original version of Ramayana. He is often referred to as Adi Kavi, the first poet. During the early years of his life, he was a dacoit but after meeting a learned sage, he went on to penance and became one of the greatest sages of all time.

Guru Vashishth is known to be one of the greatest Gurus in Hinduism. He is believed to be the mentor and teacher of Ikshvaku Kings, including Lord Rama and his brothers. As per Hindu mythology, he was the preceptor of Manu, the first man on earth. Many of his teachings are described in the Vedas and Ramayana.

Dronacharya is said to be the Guru of Pandavas and Kauravas in Mahabharata. He was the one who gave teachings to Arjuna, one of the Pandavas. Due to his teachings, the princes of both Pandavas and Kauravas clan became the master of all forms of warfare. They excelled in scholarly knowledge and various arts. He was the friend of King Drupad, the father of Draupadi who married Pandavas.

Guru Ravidas also known as Sant Ravidas, was a mystic Guru who played a significant role during the Bhakti movement. As a spiritual figure, social reformer and poet-saint, he inspired many people through his teachings. He belonged to a family of the leather-working community, considered to be untouchables. But Guru Ravidas became the disciple of a Brahman named Ramananda. He later went to become one of the greatest spiritual teachers in Hinduism.

Mirabai was an ardent devotee of Lord Krishna and also a mystic poet who existed during the 16th century. In Hinduism, Mirabai is considered to be a saintly woman who dedicated her entire life to the devotion of Lord Krishna. She was deliberately married to Bhoj Raj, the crown prince of Mewar, Rajasthan. But Mirabai was always engrossed in the worship of Lord Krishna. After the demise of her husband, father and father-in-law, Vikram Singh, the new king of Mewar tried to kill Mirabai through several attempts but each time she survived miraculously.

Chaitanya Mahaprabhu is another scholarly saint and spiritual teacher in Hinduism. Devotees of Chaitanya Mahaprabhu consider him the incarnation of Lord Krishna. He worshipped Lord Krishna by singing ecstatic songs and also danced while singing those devotional songs. He propounded the Vedantic Philosophy of Achintya Abheda Bheda, a school of Vedanta established by Mahaprabhu himself.

Ramakrishna Paramahansa who was born as Gangadhar Chattopadhyay was a saint, scholar, teacher and religious leader from 1836 to 1886. It is said that he experienced spiritual ecstasy at a very young age and was a devotee of Goddess Kali, Advaita Vedant, Tantra and Bhakti. He was the mentor to Swami Dayanand Saraswati for some time. He also taught and guided Swami Vivekananda. Both he and his wife Sarada Devi were deeply involved in Tantra and Bhakti.

Swami Dayanand Saraswati, the founder of Arya Samaj and DAV College was a great social reformer, spiritual leader, teacher and yogi. Even today people belonging to the Arya Samaj community follow his teachings. He is considered one of the makers of Modern India. He denounced idol worship prevalent in Hinduism and inspired people to the belief that God has no shape. According to him, people should worship God in his true and divine form. He revived the Vedic knowledge and teachings. He emphasised on the doctrine of Reincarnation and Karma.