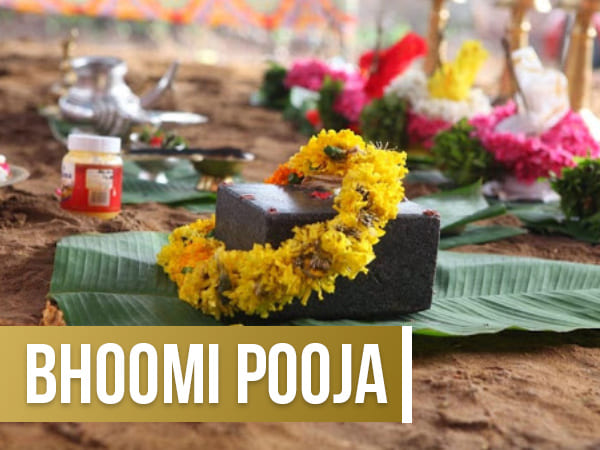 Ram Mandir Bhoomi Pooja: What It Is, Rituals And Benefits Of Performing It

Prime Minister Narendra Modi was welcomed by Chief Minister Yogi Adityanath at the Saket Helipad. Donned in a traditional dhoti-kurta, Narendra Modi reached Hanuman Gadhi to perform the foundation laying ceremony. He laid the brick at 12:44 pm in the Bhoomi Poojan ceremony. He performed the pooja along with the Governor of the state Anandiben Patel and RSS Chief Mohan Bhagwat. After performing the rituals and Pooja, PM Modi also addressed the nation. He said, "Like August 15, today's day holds a similar significance for crores of people who devoted their lives for the cause of Ram temple. The 'mandir' will mark a decisive change in the economy of Ayodhya." He also said that 5 August 2020 is a golden day for India and added that Ram Janam Bhoomi is liberated on this day. After the ceremony, PM Modi went to the debated Ram Janam Bhoomi area and there he did the 'Dandwat Pranam' to Lord Rama.