Marriage in Hinduism is a spiritual concept. There are four stages of life in Hinduism: Brahmacharya, Grihastha, Vanparastha and Sanyasa. From these Grihastha refers to the stage of marriage (also known as the stage of the householder). Marriage is an institution through which a person moves from Brahmacharya to Grihastha.

8 Types Of Marriage In Hinduism

Known as the best form of marriage, Brahma Vivah is that in which the girl and the boy belong to the same Varna. Both of them have completed the stage of Brahmacharya and both belong to good virtuous families. There should be no involvement of dowry in the marriage. Kanyadaan happens which refers to the giving away of the daughter by a father to the groom amidst the chanting of mantras. Only two pairs of clothes and some ornaments are all that the girl comes with to the boy's house. The ritual of Kanyadaan is what is the major part of it.

Daiva Vivah refers to the one in which the girl is married to a priest. When the parents search but are not able to find a suitable groom for the girl, they can decide to marry her to a person who officiates religious ceremonies. This kind of marriage is also considered good, as marrying the girl to a priest (which obviously can be of her age), would bring her the virtue which the priest gets by performing religious rituals.

This is the third type of marriage as per Manusmriti. In this type of marriage, the groom gives a cow to the father of the girl. This is basically done so that the father can afford the cost of the marriage. The father, thus, gives away his daughter to the groom. The groom is supposed to take a vow to take care of the bride as well as of a householder's responsibilities that come with the marriage.

The fourth type of marriage, Prajapatya Vivah is the one in which the parents look for a spouse for the girl. The major difference is that the ritual of Kanyadaan is not observed. The father instead gives the girl's right hand in the left hand of the boy. This way he accepts her as the left half of his body and takes the responsibility to look after her. This ritual is known as Panigrahan ritual.

Gandharva Vivah is the one in which a girl and a boy themselves decide to marry. The parents are not present there in the marriage either because the consent was not taken or they did not agree to the marriage. The chanting of mantras is not done. Since this type of marriage is entered into without religious ceremonies, it is categorised as inappropriate. However, Kama Sutra as well as Rishi Kanwa, the foster father of Shakuntala in Mahabharata considered it to be the ideal marriage.

In this type of marriage, the groom gives some presents or dowry to the father of the girl and to the girl. This marriage is similar to Arsha Vivah, the difference being the dowry or presents are given in order to get the girl through greed and not to help the father finance the marriage function. However, Arsha marriage is considered appropriate but this is not, as the greed for money and not the suitability of the groom for the girl might become the selection factor. 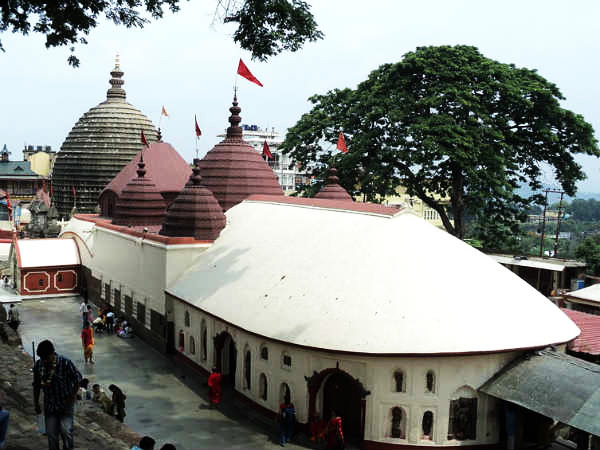 Rakshasa Vivah is the one in which the groom forcibly abducts the bride and the girl against her as well as her parents' wishes. This is considered inappropriate and is forbidden religiously. Thus it can also be called a misdeed, since it is against the religious norms.

Next on the list comes the Paishach Vivah, the type of marriage in which the bride is not in her senses. She might either be insane or unconscious. The girl is thus married off against her consent. This type of marriage is also forbidden religiously.