Ganesha Chaturthi began on September 13 and September 23 will be the tenth day when the Visarjan will be performed. During the Chaturthi festival, devotees offer prayers to the deity and worship him with utmost fervour and enthusiasm. It is said that Ganesha comes to fulfil the wishes of all his devotees in this period of ten days.

Right from modaks, to laddus and to yellow-coloured dresses, devotees offer all his favourite items to Lord Ganesha seeking his blessings. Ganesha worship can be performed for one and a half, three, five, seven or nine days. It depends on the number of days one vows to perform puja for Lord Ganesha. After the completion of the puja, the idol is immersed in water (such as in the sea or a river). Immersion is known as Visarjan in Sanskrit.

We have brought to you the entire procedure of Ganesha Visarjan. Take a look.

Also Read : Rules To Keep In Mind While Ganesha Is At Our Homes

The Visarjan should ideally be performed on Anant Chaturdashi, the tenth day after the Chaturthi Tithi. This year Chaturdashi Tithi will be observed on September 23, 2018.

Ganesha puja has to be done again on the Visarjan day in the same way. We should offer him a fresh Pushpa Mala (a garland of flowers), fresh flowers and fresh fruits. Along with this, a Pan Patta (betel leaf), Supari (betel nuts) and cloves should also be offered to him on this day.

This Is How You Should Perform Ganesha Visarjan

Take a small stool, and sprinkle a few drops of gangajal on it. Draw a Swastik on the stool now. A Swastik is considered very auspicious in not just Hinduism but many other religions as well. It brings auspiciousness in the surroundings. Now sprinkle a few grains of rice on the stool and spread a red, pink or yellow cloth on the stool.

Now place a supari on each corner of the stool covered with the cloth. Now spread some flower petals on it. Now place the idol of Ganesha on this decorated stool. Along with the stool, you have to carry the idol to the place such as a river or a sea. It is considered very auspicious if the Visarjan is performed with huge pomp and show. Devotees should go chanting the names and singing songs for Lord Ganesha. Along with this, we should pray that Lord Ganesha comes soon to our homes next year.

Ganesha Visarjan: The Story Behind It

A story goes according to which once Maharishi Ved Vyas requested Lord Ganesha to write down the Mahabharata as he himself would narrate it. Ganesha agreed on the condition that Ved Vyas should narrate it without a pause. Thus they proceeded; Ved Vyas closed his eyes and went on narrating. 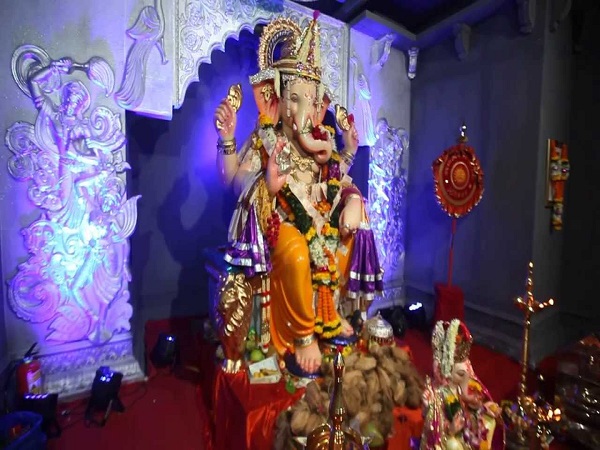 Why Should We Perform Ganesha Visarjana?

When Ved Vyas opened his eyes on Chaturdashi, after ten days, he saw that Ganesha's body was burning with excessive heat because he had been writing without a break. Therefore, he carried little Ganesha and gave him a dip in a water body nearby. And the ritual continues to be followed till this day.