Erratic sleeping patterns in babies are extremely common. In fact, most of us parents do not think of it as anything out of the ordinary. But what if inconsistent sleeping patterns noticed over a long period of time are due to an underlying genetic condition?

Sleep difficulties and other symptoms such as speech delay, delayed learning ability or behavioural problems may indeed underline a certain genetic condition called Sanfilippo syndrome. Read on to know more about this rare genetic condition.

What Is Sanfilippo Syndrome?

Sanfilippo syndrome is a rare genetic disorder, most commonly associated with an error in metabolism. Children with this condition are devoid of a certain gene which is responsible for digesting a class of sugars known as mucopolysaccharides (MPS). Thus the condition is also known as MPS-III.

These sugars are responsible for building up of connective tissues in our bodies. After the process, they are broken down into simple sugars and are disposed off. The gene responsible for secreting the enzymes which break down these sugars is genetically absent in babies with Sanfilippo syndrome. The body thus stores the mucopolysaccharides in the cells, especially in the nervous system, brains and spine, causing progressive mental deterioration and loss of mobility.

Most children born with the condition do not show the symptoms till a certain age. It begins with a decline in cognitive thinking. This, in the long run, makes the children restless and unable to sleep.

What Are The Causes Of Sanfilippo Syndrome?

Sanfilippo syndrome is a rare condition, occurring in 1 in every 70,000 births.

Sanfilippo syndrome is a genetic disease which is most probably caused due to a mutation in the genes of the parent. Ideally, the mutated genes should be present in recessive form in both the parents in order for the condition to be passed on to the child and this is what makes it rare.

There are less chances of the child inheriting the condition if only one parent carries the mutated gene. However, it is always safe to undergo genetic testing in order to rule out the possibilities of the other parent carrying the condition, even in recessive form. 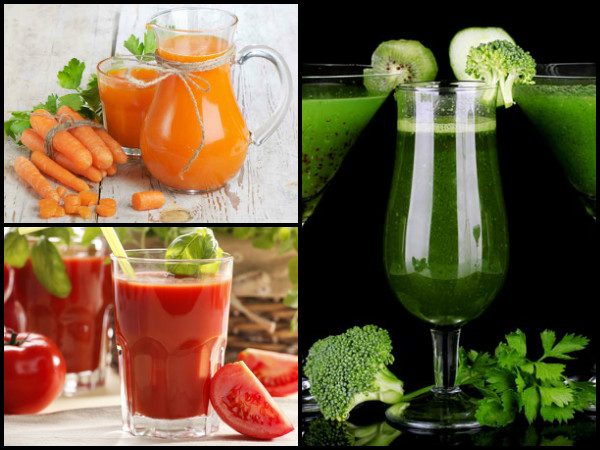 Most Read : Vegetable Juices For A Healthy And Glowing Skin

It may also be possible that the child becomes a carrier of the condition from any one parent, who carries the mutated genes in the recessive form. However, there are no studies to conclude what caused the mutation of the genes in our ancestors in the first place.

What Are The Symptoms Of Sanfilippo Syndrome?

Babies born with the condition often look normal during the first year of their lives. However, the condition progresses after the baby completes a year of life.

Sanfilippo syndrome can be divided into 3 major stages, each showing different signs.

In this stage, the parents may notice that the child lags behind in common developmental milestones and also develops certain behavioural issues.

In this stage, the behavioural problems intensify. Along with mental deterioration, a diagnosis can be made. This is the time when the brain is filled with extra sugars which slowly leads to cognitive decline. The child cannot think clearly or has difficulty in remembering stuff. They also become hyperactive and restless which results in loss of sleep. Their ability to communicate and understand slowly declines. They begin to forget what they have learned. This may also progress into dementia for some kids.

The child loses its ability to walk or talk as their mobility is restricted. They experience seizures, respiratory infections, hearing loss, paralysis, growth retardation and even visual impairment.

It may be noted that children with Sanfilippo syndrome showcase signs very similar to autism spectrum disorder. Therefore it is important to make a proper diagnosis.

How Is Sanfilippo Syndrome Diagnosed?

Sanfilippo syndrome can be diagnosed by doing a proper physical examination. An enlarged liver or spleen is often another way to diagnose the condition. However, urine testing is the most preferred method used by the physician to make a diagnosis. Children with Sanfilippo syndrome have high amounts of mucopolysaccharides in their urine.

Due to the signs being mistaken, genetic testing can be done to draw a conclusion. The genes of the child are tested for the mutated genes.

As it is a genetic condition, parents are advised to carry out genetic testing before planning parenthood, more so if both the families have a history.

Is There A Cure For Sanfilippo Syndrome?

Unfortunately, Sanfilippo syndrome being a genetic condition does not have a treatment. However, there are a lot of therapeutic options out there to help manage the symptoms.

In case where the diagnosis is made early on, bone marrow replacement or stem cells therapy seems to be giving promising results.

In this age of medical advancement, there is a lot of groundbreaking research being done in this field, most common being gene therapy.

Most Read : How To Use Aloe Vera For Skin Lightening

The most important thing to consider is to make an early diagnosis in order to start any kind of treatment. Currently, the life expectancy of the children with this condition is 10 to 20 years, but various treatments and therapies may extend this period to a certain number and also help improve the quality of life of these children.