India ranks second in child obesity. With a whopping number of 14.4 million children affected, the current numbers report rapid hikes. Although the number is lesser than that of obese adults, childhood obesity has grown at a faster rate than adult obesity. Childhood obesity poses the risk of developing various health risks with time, with the children growing up to have severe health conditions such as cardiovascular disease, diabetes, cancer etc.

What Is Childhood Obesity?

A serious health threat to children, childhood obesity is not the same as overweight. If the child's BMI (body mass index) is higher than 95 per cent of other children their age and sex, the child is considered to be obese, or at the risk of becoming obese [1] .

Commonly, it begins at the age of 5 and 6 years and in adolescence and leads to several chronic health conditions. Childhood obesity paves way for poor health, which can continue into an individual's adulthood - indicating the lifelong health troubles, unhealthy habits can create.

In addition to that, obesity during childhood not only affects the physical health of the child but also their mental health, causing them to become depressed and lack any confidence or self-esteem [2] . Family history, psychological factors, and lifestyle plays a role in childhood obesity, with poor diet and lack of proper nutrition being the central causes [3] .

Apart from the aforementioned, mothers can play a significant role in controlling childhood obesity and prevent the onset of further complications in the future. 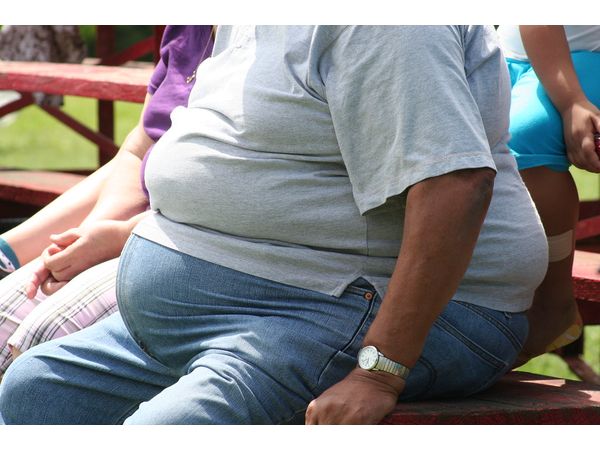 Mothers Can Cut The Risk Of Obesity In Children

According to a recent study conducted by researchers at Harvard University, mothers can play a significant role in cutting down the risk of their children becoming obese. The study made use of 25,000 respondents, who were all children and it was asserted that certain habits adopted by the mothers had a direct impact on the child's weight [4] .

The researchers said that "our findings highlight the potentially critical role of maternal lifestyle choices in the aetiology of childhood obesity and lend support to family or parent-based intervention strategies for reducing childhood obesity risk" [5] .

5 Healthy Lifestyle Choices Of The Mother Can Help The Child

The study asserted that the mothers can reduce the risk by following five healthy habits, such as exercising regularly, eating a healthy diet, maintaining healthy body weight, consuming moderate levels of alcohol and not smoking. The researchers were able to gather an understanding which stated that these five habits can cut a child's risk of becoming obese by 75 per cent compared with those who do the opposite.

When both the child and the mother stick to these habits, the risk of obesity was 82 per cent lower than those who did not. The study was able to gather the following findings, which in turn had an impact on the weight management in a child.

The researchers pointed out a mother's habits were more strongly predictive of her offspring's obesity risk than the child's own. However, as aforementioned, when both kids and their mothers reported adherence to healthy lifestyles, the risk of childhood obesity was cut by 82 per cent when compared to mother-child pairs who didn't follow these habits.

A Healthy Lifestyle Before Pregnancy, During And After Childbirth

The researchers stressed on the importance of an overall healthy lifestyle before pregnancy, that is, if a woman is planning to get pregnant, she should adopt healthy habits at least two years before as it is a critical factor for the prevention of obesity in the next generations.

Here are some ways to prevent the onset of childhood obesity.

The study gathered the understanding that while an individual's genetic makeup plays a role in whether they become obese, nurture (mother) rather than nature appears to determine the biggest part. However, the researchers have pointed out the need to carry out further studies as this was limited to mothers who are mothers, thereby needing the study to be conducted on a wider selection of respondents.